Recent William & Mary graduate Allison Heisel ’16 has been named Active Citizen of the Year by Break Away, a national organization that promotes alternative break programs.

According to Break Away’s website, the award is presented to individuals “based on their commitment to lifelong active citizenship – prioritizing community in their values and life choices.”

Heisel, a philosophy major, received the award for her work with the university’s Branch Out alternative breaks program as well as her leadership on campus, including the creation of the Diversity in Philosophy Discussion Group.

Although Break Away staff members aren’t part of the selection process, it was clear to them why the awards committee picked Heisel, said Nisha Kavalam, programs director for Break Away.

“She embodies the qualities of an active citizen through and through: She cares about her community, she works hard to make sustainable change and she is a strong, passionate leader,” said Kavalam. “The particular example of her work in the philosophy department is truly admirable – she recognized a need in her community and succeeded in making a change. We are so excited to know her and proud of her for all of her accomplishments!”

Evolution of an active citizen

A native of Fairfax, Virginia, Heisel has long been involved in community engagement, often focusing on issues of hunger and homelessness.

She first participated in short Branch Out trips during her freshman year at the university. The Branch Out program, operated by the Office of Community Engagement, offers students the opportunity to participate in regional, national and international service trips over weekends and school breaks and emphasizes education, reflection and reorientation for participants. Branch Out was named Program of the Year by Break Away in 2011. 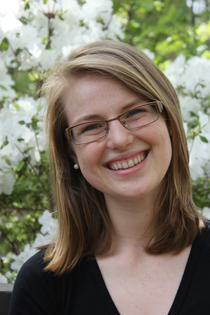 During her sophomore year, Heisel volunteered to be a site leader for a spring break trip to Washington, D.C., which had students work with the nonprofits D.C. Central Kitchen and D.C. Urban Greens. The decision to become a site leader for the trip had a major impact on Heisel, she said.

“When I became a site leader, it really challenged a lot of what I thought previously about community engagement and how to do that in a way that was respectful and impactful and mindful,” she said.

Branch Out and Break Away use a model of active-citizenship that involves four stages: member, volunteer, conscientious citizen and active citizen, Heisel said. When she started at W&M, she was “decidedly in the volunteer stage,” in which someone is engaged in service but not invested in exploring the root causes of the issues.

“I was volunteering left and right for one-day service opportunities but never really invested in a long-term relationship or really thinking critically how volunteering was driven by the community that I was trying to help,” she said. “Branch Out really challenged me to think critically about how I was engaging and why I was engaging and showed me that the answers to those two questions are actually really, really important in making sure that you are maximizing positive impact and minimizing harm.”

Being involved in Branch Out throughout the years has shaped Heisel in multiple ways, she said. It changed the way she thinks about community engagement and her relationships, including the one she has with herself, saying that “more than anything, Branch Out taught me how to be a person.”

“Being involved in Branch Out means reflecting really critically about your actions and how they impact people, and it creates a really strong sense of teamwork. And all of those things are really important just in moving through the world, thinking about what am I doing and why am I doing it … and trying to make my little section of the world a more connected, healthier and happier place.”

Making change where you are

Heisel applied that lesson within her own field of study at William & Mary when she established the Diversity in Philosophy Discussion Group. The group provided an open forum for students to discuss marginalized aspects of philosophy, from feminist bioethics to Chinese philosophy.

“When I started that, it was really important to me to cultivate a culture of curiosity … We were all engaged in learning together, and it was less about being right and more about learning from everybody’s relative areas of expertise, and that’s something I learned a lot about in Branch Out,” Heisel said.

Meghan Foley ’16, who nominated Heisel for the award, said that Heisel’s commitment to making change where she is – as she did in the philosophy department – is an inspiration.

“We can’t all work for nonprofits or be social workers, and so I just thought it was really amazing how Allison took this critical social justice-oriented outlook she had developed through working with alternative breaks and in other areas of her life and then saw a need within a world she already inhabited and then took action,” said Foley, who served as a student director of Branch Out with Heisel. “It’s really easy to complain about something and talk about how you wish there was more diversity in departments or that your syllabus is different than it is, but it’s rare to find someone to follow through on that commitment and really make things happen.”

Melody Porter, director of the Office of Community Engagement, said that other students were similarly inspired by Heisel and look to her as a model of active citizenship. In a class Porter taught last semester, she asked her eight students to pair off and discuss an active citizen they know and admire; two of those groups – 50 percent of the class – talked about Heisel.

“One thing that it says about the William & Mary community is that people are really interested in this and want to learn from each other, and they do,” said Porter, who was named Staff Person of the Year by Break Away in 2010. “A lot of people have learned from her example.”

One of the things that makes Heisel stand out among others is her intentionality, Porter noted.

“She’s very thoughtful about all she does in the world and how she relates to people, and I think that set her apart as an active citizen because so much of active citizenship is recognizing that your actions influence other people and matter in the world,” Porter said.

This summer, Heisel is attending the Sherwin B. Nuland Summer Institute in Bioethics at Yale University. In the fall, she will begin a one-year AmeriCorps VISTA position, working in the Office of Student Leadership and Service-Learning for the University of North Carolina at Greensboro. There, she’ll focus on supporting food insecurity-related campus initiatives and work with the nonprofit Backpack Beginnings, whose mission is to “deliver child-centric services to feed, comfort and clothe children in need.” Later, Heisel hopes pursue a doctorate in philosophy.

“The role that active citizenship plays in all that is that it’s sort of a framing and a grounding,” she said. “You’re never end-state active citizen. There are always opportunities to grow, which is exciting.”