As William & Mary celebrates its 326th birthday, the 100th anniversary of coeducation and the inauguration of its first woman president, W&M News is taking a longer look at the university’s founding mother, Queen Mary II. A special exhibit with items related to Queen Mary II and King William III along with W&M’s office of the president and chancellor will be on display Feb. 7 from 3:30 to 5:30 p.m. at Swem Library. – Ed.

Queen Mary’s ascension to the throne of England was anything but ordinary.

Historians might say that it was the end result of a 17th century Protestant power grab fueled by fear and religious bigotry that in more polite terms came to be known as “The Glorious Revolution.”

It began when Mary’s father, King James II, converted to Catholicism at the end of the 1660s. When his conversion became known, it infuriated and scared Protestant interests in England, but as his daughters and heirs Mary and Anne, were both raised Protestant, the traditional monarchy seemed safe.

Then Mary’s mother, Anne Hyde, died. In 1688, the king married Mary of Modena, a Catholic. The union produced a son, who would have supplanted Mary as heir to the throne upon their father’s death. The Protestants hatched a desperate, seemingly logic-defying plan: James’ new wife hadn’t really given birth, they said; rather, someone else’s baby had been smuggled into her chamber in a warming pan. Thus, the child was an imposter to the throne.

An invasion, followed by "abdication"

By that time, Mary was living in Holland with her Dutch husband and cousin, Prince William of Orange, whom she had married at age 15 in a union arranged by James II to appease Protestant interests. Ultimately, that arrangement wasn’t enough to stave them off.

In a fit of anti-Catholic fervor, and fear that the increasingly unpopular king was a danger to Parliament and English Protestantism, James’ opponents ultimately “invited” William to invade England. He did so in November 1688. When it became clear to James that he was not going to have the military or diplomatic support needed to repel the invasion, he ultimately fled to France, at which time he was accused of abdicating his throne. 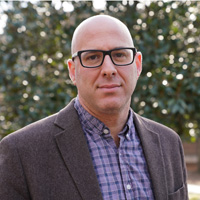 Mary, feeling that it was her religious duty to side with her husband, agreed to support the invasion.

She "was next in line to the succession when James 'abdicated,'" said Nick Popper, W&M's Gale and Steven Kohlhagen Term Distinguished Associate Professor of History. "There's this very useful fiction, forwarded by Protestant interests, that James abdicated rather than fleeing a military invasion. ... The Parliament convened and, in essence, tried to work out what that meant for the line of succession."

The ruling classes in England didn’t particularly want William to be king. He barely spoke English, and they didn’t want to license invasion as an avenue to the throne compared to traditional hereditary succession.

By virtue of her birth, Mary possessed the far more legitimate connection. After she rejected proposals that she become sole ruler to the exclusion of her husband, the Convention Parliament finally offered to put both on the throne in early 1689, making them the first joint monarchy.

Phillip Emanuel, a Ph.D. candidate at William & Mary, said that including Mary in the arrangement gave Parliament the justification for “ignoring the fact that William is, like, sixth in line for the throne.”

“He is the nephew of James II, and William and Mary were first cousins,” Emanuel explained. “Thus, her main political purpose is to make it look like there is continuity and that they haven’t just sacked a king. That’s part of her job, and with the fiction that her younger half-brother is not actually her younger half-brother, and with the fiction that the king has abandoned his throne, she becomes the tie and she legitimizes William.”

However, whatever their reservations about William, the Convention Parliament's proclamation made it clear who they believed to be the more qualified to rule. 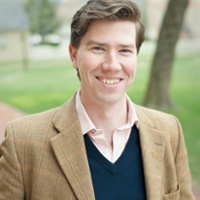 “The present state of Europe in general and these kingdoms in particular requires a vigorous and masculine administration to recover what’s lost, rescue what’s in danger and rectify what’s amiss,” it states in Article 4.

“Though the prince and princess became king and queen jointly, and will equally share the Glory of a Crown, and we the happiness of their auspicious reign, yet the wisdom of the Grand Convention is manifested first in placing the executive power in one of them and not in both; for two persons, equal in authority may differ in opinion, second it is necessary and prudent rather to invest the administration in the husband rather than in the wife because a man by nature, education and experience is generally rendered more capable to govern than the woman.”

It was an arrangement Mary not only accepted, but encouraged.

“She had a clear sensibility of the duties of a queen,” said Popper, “that being to serve a king, a clear sense of feminine obligation which she articulated to William.”

However, William wound up engaged in military campaigns in Ireland from 1690 to 1691 and on the continent from 1692 to 1694. And although she relied heavily on his advice, Mary served as regent during those engagements.

“She would defer to her husband when he was back from war,” Popper said. “The Regency actually offered a more active role for her. Most of the time, queens didn’t serve as regents when kings were off on campaigns. That she did so was in part because she was really the channel by which they came to the crown.”

James Blair and the birth of William & Mary

One of Queen Mary’s major focuses was the advancement of the Anglican religion. Popper called those interests “in essence, missionary endeavors that are focused on pastoral care and conversion, ensuring conformity to a broadly conceived state church, but a state church that nonetheless is true to the principles of Anglicanism. … She was very much invested in promoting the health and flourishing and adherence to Anglicanism.”

And that, Popper said, was how James Blair appealed to her.

Blair was ordained in the Church of England in 1679 but was deprived of his parish in Edinburgh two years later for refusing to take an oath supporting the claim of James II as heir to the throne. Four years later, he was elected rector of Varina parish in Henrico County.

In 1691, Blair proposed the founding of a college. With the endorsement of the Virginia General Assembly, he returned to England and lobbied William and Mary for a charter and a grant for funds for the college, to be named for its royal patrons. That charter was granted on Feb. 8, 1693, to create “a perpetual College of Divinity, Philosophy, Languages, and other good Arts and Sciences.”

“The mission of this place was to train priests to convert natives in the area and to ensure that colonists living in Virginia had appropriate pastoral care,” Popper said. “They both wanted churches that were aligned doctrinally with the Anglican Church.”

There was one other aspect that may have influenced the royal couple: a certain university in Cambridge, Massachusetts.

“Harvard was, in essence, predominantly a seminary for Puritan or Calvinist thought throughout the 17th century,” Popper said. “This was a rivalry, a counter balance that was focused on promoting a very different species of proselytism, one invested in the notion of the ecclesiastical order, beauty and episcopal hierarchy.”

Emanuel said that in terms of government, the reign of William and Mary is “the defining moment of cabinet government.” 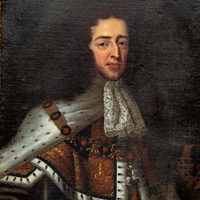 “It’s the moment when we start talking about the king and cabinet ruling with the consent of the legislature and the aristocracy,” he said. “Mary takes part in that. That tends to be a story about William, but because William spent most of his reign abroad, fighting the French each summer, Mary is actually the one sitting in and having those meetings.

“If you want to say that that moment is the moment of cabinet government and the establishment of a more modern constitutional monarchy, she’s part of that. She is part of that transition, and an important part. Every summer, she is doing government business.”

Her time on the throne was short, five years. William and Mary never had children, as Mary suffered at least one miscarriage. On Dec. 28, 1694 — 11 months after signing the charter that established The College of William & Mary — she died of smallpox. She was 32 years old.

William lived another eight years. Frequently ill, he died not long after falling from his horse and breaking his collarbone.

Inauguration remarks of Katherine A. Rowe

The story behind the inaugural poem

Get involved in Inauguration and Charter Day weekend

Student speaker to reflect on W&M's storied past, future

‘Nailed It’ host, comedian Nicole Byer to perform at W&M

Queen Mary II: A short reign, a lasting legacy for us