There has never been any doubt that Abdul-Karim Rafeq has had an extraordinary impact in the study of the social history of Syria between the 16th and 19th centuries, not only in the volume of his work but in his trail-blazing use of Islamic court records.

Now the world’s appreciation of the long-time William & Mary professor’s more than 40 years of labor is available for all to read.

In late August, Brill Publishers released a Festschrift entitled “Syria and Bilad al-Sham under Ottoman Rule. Essays in Honour of Abdul-Karim Rafeq.” Featuring the work of nearly 30 scholars from around the globe, the Festschrift will be presented to Rafeq by the Syrian Studies Association during a meeting of the Middle East Studies Association of North America, Nov. 18-21, in San Diego.

Peter Sluglett of the University of Utah, Salt Lake City, was primary editor of the more than 600-page project.

“I am humbled by this event, and I am most grateful to the original organizers of the symposium, the editors of the Festschrift, the authors, many of whom will be present in the meeting, and to Brill Publishers, which has produced a fine publication,” said Rafeq, a member of the Lyon G. Tyler Department of History.

Rafeq, the College’s William and Annie Bickers Professor of Arab Middle Eastern Studies, will be accompanied by his wife, Therese, for the formal presentation. Their children – sons Samaan, Zahi and Samir, and daughter Zahia -- have already received copies. 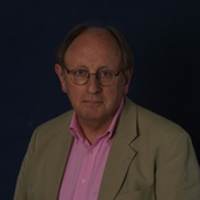 “He has made enormously important contributions to the history of 18th-20th century Syria through his innovative use of the material in the (Islamic) law courts, whose records have survive more or less intact to this day, covering the period from about 1540 until about 1918,” said Sluglett, who has known Rafeq since the mid-1980s. “He pioneered the use of these documents in a very large number of books and articles, in Arabic, French and English.”
The bibliography of Rafeq’s published works included in the Festschrift, running through June 2009, consumes 12 pages. It shows, Sluglett said, “the passing of the years has not diminished his creativity; he continues to produce a stream of path-breaking books and articles in Arabic, English and French.”

The idea for the Festschrift has its origin in a 2004 international symposium held to honor Rafeq at the German Orient Institute in Beirut in May of that year and at the French Institute in Damascus one month later. The initiative, the organization, and the funding of the symposium was a collective effort by the two institutes, together with the Fares Center for Eastern Mediterranean Studies at the Fletcher School, Tufts University, the History Department and the Middle East Center of the University of Utah at Salt-Lake City, and Erlangen University in Germany. The Festschrift includes most of the papers that were presented at the symposium.

Rafeq met most of the contributing authors in the Syrian Archives in Damascus during the years when he was professor of history at Damascus University, or at international conferences in the Middle East, Europe, North America, and Japan.

Rafeq taught at the University of Pennsylvania, the University of Chicago, and UCLA prior to joining the College. In the late 1980s, Professor James Bill, founding director of the Reves Center for International Studies, contacted Dr. William Bickers, an alumnus who for 15 years had served as Chair of the Department of Obstetrics and Gynecology in the Medical School of the American University of Beirut and had just retired to Richmond, for establishing a professorship in the College in his name and the name of his wife Annie. An international competition was announced for the Bickers Chair, and Rafeq was selected for it in the summer of 1990.

The Festschrift is merely the latest in a litany of significant professional awards Rafeq has earned.

In 1986, he was selected as a Fulbright 40th Anniversary Distinguished Fellow by the Board of Foreign Scholarship and was invited to address the meeting of the Middle East Studies Association in Boston. In 1994, he was one of eight Middle Eastern Specialists who were interviewed in a book entitled “Approaches to the History of the Middle East: Interviews with Leading Middle East Historians.”

A year ago, the Middle East Studies Association of North America awarded Rafeq Honorary Fellowship “in recognition and appreciation of (his) outstanding contributions to Middle East studies.” There are only ten honorary fellows.

In the 2009 Spring issue of the Syrian Studies Association Newsletter, Festschrift contributor James A. Reilly wrote, “From his early career, Rafeq focused on eras and aspects of Syria’s Ottoman history that earlier generations of nationalist historians had patronizingly dismissed as emblematic of stagnation, backwardness and tradition (tradition in the ‘bad’ sense of historical immobility.

“In 1966 Rafeq’s first book, on the rise of ‘Azms in the eighteenth century, explored the dynamics of regional politics and (controversially) the emergence of a kind of Syrian identity in the century before the era of modernizing reform in the Ottoman Empire. In the 1970s and 80s, Rafeq was prominent as a pioneer in the use of shari’a court registers for studying Syria’s Ottoman-era social history. In this capacity, he assisted and encouraged international scholars, and helped to raise the profile of Syrian Studies.”

Reilly, a professor of history in the Department of Near and Middle Eastern Civilizations at the University of Toronto, added that Rafeq’s “legacy is secure.”