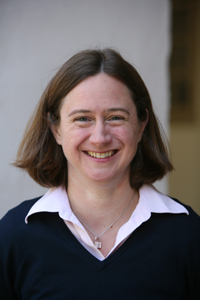 Bradford will join 29 other people, including survivors, advocates, student leaders and college administrators, in serving on the task force chaired by Attorney General Mark R. Herring.

“It is critical that we work together with the schools, educators and law enforcement to build on our goal for all higher education institutions to be safe places of learning and growing,” McAuliffe said in a press release.

Bradford joined William & Mary in 2003 and oversees the College’s government relations efforts in Richmond and Washington. She also helps develop and coordinate institutional state and federal legislative and fiscal priorities.

“I am honored to serve on a task force charged with such an important and challenging goal,” said Bradford.

The news of Bradford’s appointment comes on the heels of W&M President Taylor Reveley’s announcement earlier this month of a new campus task force dedicated to preventing sexual assault and harassment.

Prior to coming to W&M, Bradford served 13 years with the State Council of Higher Education for Virginia, or SCHEV, where she was most recently acting director of communications and government relations. She also served in 2005 as deputy secretary of education under Gov. Mark Warner.

Bradford earned a bachelor’s degree from Earlham College in Richmond, Indiana, and holds a Masters of Public Administration from Virginia Tech.