William & Mary is one of the top producers of Peace Corps volunteers in the nation, according to a ranking released by the organization today.

The Peace Corps ranks its top volunteer-producing colleges and universities annually according to the size of the student body. With 24 William & Mary alumni currently serving with the Peace Corps, William & Mary is ranked 10th – tied with the University of Montana – among medium-sized schools, which includes institutions with 5,000 to 15,000 undergraduates. Last year, William & Mary ranked 12th. 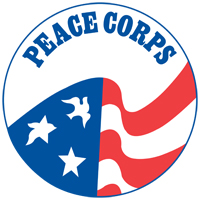 Alumni from more than 3,000 colleges and universities nationwide have served in the Peace Corps since the agency’s founding in 1961, including 623 W&M alumni. Nationally, the Commonwealth of Virginia is the eighth-highest producer of Peace Corps volunteers.

This year’s rankings follow a 40-year high in applications for the Peace Corps in 2015, which followed a year after the agency enacted its historic application and recruitment reforms.

The complete 2016 rankings of the top 25 schools in each undergraduate category is available online.