If the world’s only flightless parrot could read, it might hop for joy at the results of a recent study conducted in part by William & Mary researchers that found no negative effects overall, and even some positive impacts, from World Bank development projects on the health of forest habitats for its fellow critically endangered bird species.

The bird in question, the kākāpō, is a nocturnal, ground-dwelling parrot native to New Zealand’s rainforests. It is both the world’s heaviest parrot and quite possibly the world’s longest-lived bird. It is also rapidly going extinct: the direct result of heavy habitat loss driven by human activity.

Less than 160 known kākāpō now remain in the wild. The most famous — Sirocco, a 21-year-old male — has more than 200,000 followers on Facebook and Twitter, thanks to a viral clip from the BBC series Last Chance to See in which he was filmed enthusiastically attempting to mate with zoologist Mark Carwardine’s head (prompting the series’ presenter Stephen Fry to comment, “Sorry, but this is one of the funniest things I’ve ever seen. You are being shagged by a rare parrot!”). With more than 7 million views on YouTube, the encounter was an instant hit, massively increasing public interest in the kākāpō’s plight and leading to Sirocco’s appointment by the government of New Zealand as the country's official spokesbird for conservation.

But what happens to the habitats of threatened bird species like the kākāpō when human development activities—like a new road, bridge, or hospital funded by an aid agency—are sited nearby? In a first-of-its-kind study in the Journal of Environment and Development, a team of researchers from AidData, William & Mary, the University of Texas-Austin, the Royal Society for the Protection of Birds, and BirdLife International analyzed how measures of forest cover loss and biodiversity conservation in hundreds of Important Bird and Biodiversity Areas, or IBAs, changed over time in response to nearby World Bank development projects. 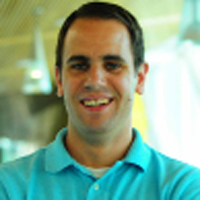 “We find that, on average, World Bank development projects do not have measurably negative impacts on biodiversity conservation or forest cover in nearby IBAs,” said Brad Parks, an author of the study and executive director of AidData, a research lab at William & Mary’s Global Research Institute.

“In fact, we find that a subset of World Bank projects — so-called “Category B” projects, which are projects identified as posing environmental risks that can be mitigated during implementation — are associated with a reduction in the rate of forest loss in nearby IBAs,” said Parks.

To conduct their analysis, the researchers drew upon a publicly available dataset assembled by AidData of the subnational locations of all World Bank projects approved between 2000 and 2011. They combined this information with high-resolution satellite data on forest cover loss over time, and on-the-ground measures of biodiversity in IBAs collected by BirdLife International.

“The World Bank’s environmental safeguards appear to be working as designed, reducing stress on biodiversity and slowing deforestation,” said Parks.

“Faced with the challenge of balancing conservation with economic development goals, many other aid agencies say that they are taking environmental considerations into account when designing and implementing projects,” said Parks. “Our study only evaluated the impacts of World Bank projects, not those of other donors. So, while the results are encouraging, more research is needed to determine if environmental safeguards for development projects are working across the board.”

If so, that would really give rare birds something to crow about.