SOMOS is a faculty-mentored and student-led undergraduate research project. As faculty advisor Carrie Dolan explained, “SOMOS’ work is grounded in theory from the growing field of community-based participatory research. Through partnering with the community of Esfuerzo in the Dominican Republic, students examine how the collective capacity and self-efficacy of a community translates into health outcomes.”

SOMOS runs three annual trips in which student researchers and local leaders partner to advance health initiatives. At the core of the project is community buy-in, with W&M students working with local community leaders to develop project ideas.

Yemi Zewdu Yimer ’18 traveled to Esfuerzo with two other SOMOS researchers this past summer. “We know that good intentions alone are not enough,” she said. “Implementing initiatives in partnership with the community is the root of truly sustainable improvements in health.”

When SOMOS asked the people of Esfuerzo what their community needed, they identified four areas for improvement. Those were a paved road to facilitate transportation and reduce sanitation hazards, expanded access to basic healthcare, electrification and greater community self-sufficiency. They wanted to have a voice within the community but also the ability to handle their challenges more on their own. They also wanted to be heard on the government level. 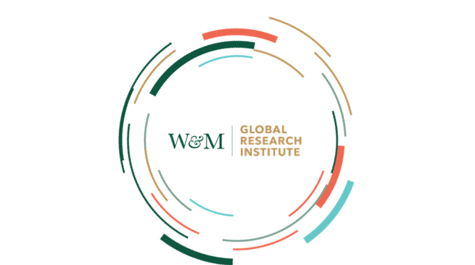 Each SOMOS trip addresses these areas, and this past summer Zewdu Yimer, Gustavo Marsillac ’20 and Matt Crittenden ’21 brought data to bear on the community’s needs. Upon arriving in Esfuerzo, the students found “capacity and morale had dwindled low,” within the JdV, the neighborhood association which advocates for community at the government level. The SOMOS team employed interviews and social network analysis to open a discussion on communication and inclusivity among members.

“By mapping out who talks to who about project tasks, we could illustrate the strengths and weaknesses of the JdV’s communication network,” Marsillac said.

To address the weakened neighborhood association, the SOMOS team partnered with active members to organize the first meeting in months, an example of what Crittenden described as “undergraduates doing international development through partnership.” At the meeting, the students shared an SNA map of member communication from a year ago, when collective capacity was strong. Then the researchers displayed maps they’d created demonstrating how the network would be affected if one, two, or three key members left.

After each trip, the body of information about the effects of the partnership expands. SOMOS has worked in the region since 2005, and material such as survey data, protocols and GIS maps of the community enhance the ability of researchers to discern patterns and navigate the community, as well as pass on knowledge. The data also measures the effects of SOMOS’ work, helping students perceive how good work might be done.

Regardless of the outcomes, the research project is ready to accompany Esfuerzo’s next step. Marsillac said the way SOMOS approaches international development is “both difficult and fulfilling.” He added that this past summer’s research represented potential strides forward for Esfuerzo’s healthcare access and collective capacity with the revitalized neighborhood association.

There are no silver bullets, and as Zewdu Yimer said, “Good intentions are not enough.”