Among the numerous lessons learned by the 200 or so freshmen who participated in Students Helping Out Williamsburg Day (SHOW) on Aug. 24, one seemed to summarize the day.

On her haunches, elbow-length rubber glove on one hand, scrub brush in the other, Urbach spent part of her day at the
Cori Sikich Therapeutic Riding Center, home to the Dream Catchers program, cleaning horse poop off of stable walls.

“Necessary stuff,” Melissa Conner, operations director for Dream Catchers, told the students. “Not glamorous, but what we need to keep the place running.”

The riding center, which features 15 horses, caters to students and adults with autism, Attention Deficit Disorder, Asperger’s, Trisome 21, bipolar disorder, cerebral palsy, grand mal seizures, and a host of other problems. It serves about 110 students a week, and the interaction between students and horses has been known to be so powerful that 16 previously non-verbal children have spoken their first words atop a horse at the center.

“I think it’s a great program, and it was certainly interesting to hear what they do here,” said Urbach, who in high school was a math and science tutor at her local elementary school. “I’ve never seen anything like it.”

As for Kolhoff, after installing six posts at the Heritage Humane Society – animal rest stops, if you will – Kolhoff and two other students found themselves sifting through a box and a couple of bags of books, all written in Hungarian. Someone had dropped them off at the rear of the property, and Kolhoff and crew’s job was to see if any of them could be donated.

“I was chosen to come to Heritage Humane, but I feel really lucky,” Kolhoff said. “It’s wonderful, and I love animals.” 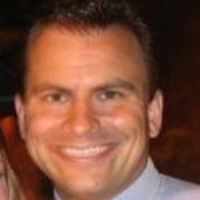 In high school, Kolhoff served as student director for plays staged at his former middle school. Two summers ago, he spent a month in Peru teaching English and math to underprivileged children. One of his goals at W&M is to start a club and recruit fellow students to accompany him to Peru on future excursions.

Wade, Hamp and Han were part of a group that was scheduled to build a shed at Lafayette Village, an apartment complex run by a non-profit organization in the western part of the state. But the constant threat of rain prompted Lafayette’s Resident Services Coordinator Korey Willis to postpone that project.

Instead, he invited the student to interact with the children, all under the age of 10, participating in his Summer Youth Program.

Inside a room that previous SHOW participants had painted in 2008, Wade and the crew did jumping jacks, squats and stretches with the kids. Then everyone sat and the students were asked to give the youngsters some advice.

“Teachers are your friends. There were times when I thought teachers were out to get me,” Wade said. “But I learned that when I had questions, or even was having a bad day, if I went to them and told them what was going on, they would be helpful to me, watch out for me, and make sure that I could do well in school. If you make friends with your teachers right now, thank them, say ‘Good morning’ to them, then you’re going to be in good shape for when you get older.

“Also, pick good friends, those who are around you who are going to school, doing well in class, turning in their homework. It’s really easy to do well in school when you have friends around you that want to do the same thing. . . If you have friends who want to play sometimes and work sometimes, you get to have friends who are fun to hang out with, but who also want to go to college. They have big dreams, and it’s easy for you to have big dreams with them.”

The students weren’t done. Hamp advised the little ones to “make sure that any work you put in is good work . . . If you start out and you’re like, ‘I don’t want to do this,’ it’s really hard to catch up.

“It’s kind of like when you do your laundry and you get your clothes back. If you put them away right away, you don’t have to worry about messy clothes everywhere. But of you leave them in a pile, then you get clothes, clothes, clothes, and it’s a big mess. It’s the same thing with school – a little work every day and you will be fine.”

And Han contributed some age-old advice: “There are no such things as stupid questions. If you just go ask your teachers, they’ll be very helpful. So always go ask teachers if you don’t understand something, because if one question is answered, you’ll be able to go further and learn more things. It just builds up and you’ll be great at what you’re doing. So ask questions.”

When they were done, kids and students exchanged hugs and posed for a photo.

“I believe they’ll carry this lesson for a long time,” Willis said. “I always tell the kids you’ve got to lift as you climb, look behind you and lift someone else. They see that the college kids are excelling, climbing the academic ladder, but at the same time giving their time to interact with them.”

Of course, the students were just doing the type of work the College has become known for. About 48 hours before SHOW Day, Washington Monthly magazine named the College number one for service. Earlier this year, W&M was named to the President’s Higher Education Community Service Honor Roll, with distinction. The College was the only institution of higher education in Virginia so acclaimed.

“That was definitely something that drew me to (the College),” Kolhoff, one of the Heritage Humane Society workers, said. “There were numerous things, of course, but I really don’t like the colleges that are so sort of high and mighty about themselves that they don’t help out the community around them. I think it’s really important to realize that although college is wonderful and fun, it’s not real life sometimes. I think it’s good to get out there and see that, to reconnect with the community.”

Now in its fourth year, SHOW Day was created to offer W&M freshmen the chance to get off campus and into Williamsburg during orientation for a community service project, and to learn of the many service opportunities available at the College. It begins each year with a luncheon at Trinkle Hall, where student assignments are made and freshmen meet student project leaders. This year, students were involved in 15 separate projects, including at the Jamestown-Yorktown Foundation, Eastern State Hospital, Hospice House, and Salvation Army. 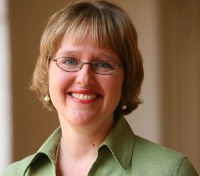 Vice-president for Student Affairs Ginger Ambler, who read the quote from Tagore that preceded this story during her brief address to the students, acknowledged that the awards are nice, but . . .

“More important than those titles, prizes and public acknowledgements is the daily commitment that’s made, one on one, between students and members of our community who are in need,” she said. “That commitment to social justice, and that commitment to making a difference, really distinguishes our community. You are a part of that. How exciting that you’ve chosen to get involved in SHOW Day on one of your first days at W&M.”