The fund, endowed in 2018 by the Joan and Morgan Massey Foundation through the VIMS Foundation, is designed to support efforts by VIMS scientists to innovate, commercialize products and services and spur job growth.

“Our faculty have long pursued innovative research questions with an entrepreneurial spirit,” says VIMS Dean and Director John Wells. “The Massey’s generosity now enables us to leverage those pursuits, and our Innovation Fund Working Group provides the expertise to winnow submitted ideas and help move them toward fruition.” 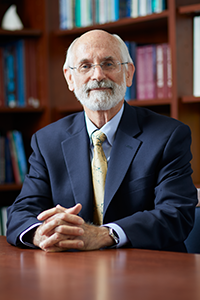 The working group, chaired by VIMS Foundation board member Anne Waleski, executive vice president and CFO at Markel Corporation, comprises individuals with expertise in corporate and entrepreneurial settings, innovation, technology and/or economic-development who have an appreciation for both philanthropy and the role of basic and applied research in spurring market-based solutions that are good for the marine environment and have potential to create jobs.

“Our job is to advise the VIMS leadership team on which concepts pitched by VIMS researchers should benefit as spendable funds become available,” says Waleski. “The six pitches we heard in the fund’s inaugural round were all really innovative, and it was hard to select just two!”

The co-winner of VIMS’ inaugural Innovation fund competition was Assistant Research Scientist Derek Loftis, who pitched commercialization of a water-level sensor that uses artificial intelligence, including edge-detection algorithms and image-classification techniques, to detect the extent of floodwaters as captured in a live video stream.

“We plan to integrate the sensor, aptly named the StormSense-VIMS, into our StormSense sensor network,” says Loftis.

StormSense is a flood-monitoring initiative established through a grant from the National Institute of Standards and Technology in 2016. Since then, the project has installed 36 water-level sensors in Hampton Roads, effectively doubling the number of sensors in the region. Data from these sensors, plus those operated by NOAA and the U.S. Geological Survey, feed into VIMS’ Tidewatch Charts, which users consult for forecasts of the magnitude of coastal flooding throughout Chesapeake Bay and along Virginia's seaside Eastern Shore.

The project has been nationally recognized nine times since its inception, most recently with ESRI’s Special Achievement in GIS award.

Her idea is to explore the feasibility of developing a fishing-related app for mobile phones, one that could benefit anglers, fisheries scientists and fisheries managers — comparable to the value of birding apps already in use in the ornithological community.

Along with Waleski, three other business experts serve on VIMS’ Innovation Fund Working Group. Michela English is a strategic advisor to corporations and nonprofit organizations and a VIMS Foundation board member. She served as president and CEO of Fight for Children in Washington, D.C., from 2006 until 2016. She has also held senior management positions with Discovery Communications and the National Geographic Society.

Caren Merrick founded WebMethods, an enterprise software company, in 1996 along with her husband Phil. She is currently founder and CEO of Caren Merrick Co., a consulting company.

Kersey Sturdivant Ph.D. ’11, a VIMS alumnus, is a principal scientist with the consulting firm Inspire Environmental, and an adjunct assistant professor at Duke University. He has studied the effects of human disturbance on aquatic ecosystems for more than a decade, using tools such as the Wormcam he developed while at VIMS.