The editorial board of the Proceedings of the National Academy of Sciences — one of the world’s most-cited scientific journals — has bestowed a 2018 Cozzarelli Prize on a paper authored by a multi-disciplinary research team led by Jonathan Lefcheck of William & Mary's Virginia Institute of Marine Science.

The prize — which honors the late PNAS Editor-in-Chief Nicholas R. Cozzarelli — recognizes outstanding contributions to the six scientific disciplines represented by the National Academy of Sciences. It acknowledges papers that reflect both scientific excellence and originality.

The winning papers were chosen from the more than 3,200 research articles that appeared in PNAS last year. The team’s contribution — which linked the multi-decadal effort to reduce nutrient pollution in the Chesapeake Bay to recovery of seagrasses and other components of the Bay ecosystem — won in the category of Applied Biological, Agricultural and Environmental Sciences. 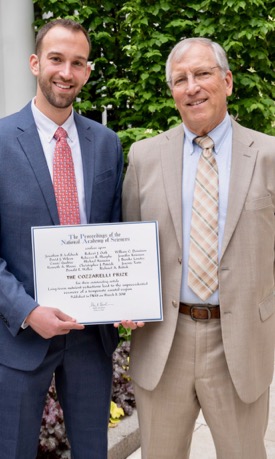 Lefcheck, who helped initiate the research project while a post-doctoral fellow in William & Mary’s School of Marine Science at VIMS, accepted the award during a ceremony at the National Academy’s Annual Meeting on April 28 in Washington, D.C. Lefcheck was joined onstage by VIMS professor and co-author Robert “JJ” Orth. Orth heads VIMS’ long-running SAV Monitoring and Restoration program. Lefcheck, who earned his Ph.D. from VIMS in 2015, is now the Tennenbaum Coordinating Scientist for the Smithsonian’s MarineGEO program. SAV stands for "Submerged Aquatic Vegetation," the scientific term for seagrasses and related plants.

“It’s an incredible honor to be recognized by the Academy for our work, and I’m proud to have had the opportunity to communicate a true success story,” says Lefcheck. “To show that we can intervene and help restore our natural systems — in a place as large and complex as the Chesapeake — gives me hope for the future. Even a year later, the message resonates: we can do it!”

“We are honored to have had our paper win this award,” adds Orth, “and I am very humbled to be one of the recipients. This was an incredible experience, and my head was swimming in the company of an impressive group of scientists who are changing the world today.” 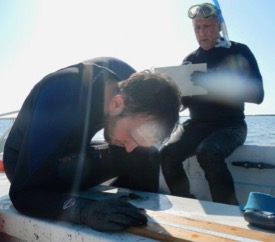 Orth says the idea for the group’s prize-winning paper began almost 25 years ago when he and Dennison led a bay-wide project that first advocated the use of seagrasses as a “canary in the coalmine” for monitoring declining water quality in the Chesapeake. 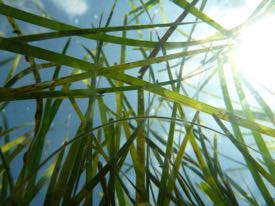 In 2006, Orth, Dennison and colleagues expanded their concerns regarding linked declines in water quality and seagrasses to the global stage, during a workshop hosted by the National Center for Ecological Analysis and Synthesis and follow-on papers in BioScience and PNAS on the global crisis in seagrass ecosystems.

“The NCEAS workshop was really the genesis of the working group that led to our PNAS paper,” says Orth. “When our SAV program later decided to convene a working group to address the long-standing issue of what was causing changes in bay grasses, we recognized Jon’s talents. At our first meeting, he stepped up and took charge in leading the group down the path to this historic paper.” 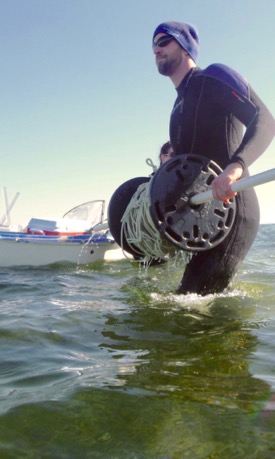 The paper — "Long-term nutrient reductions lead to the unprecedented recovery of a temperate coastal region” — bolstered the Chesapeake Bay Program’s ongoing efforts to restore the nation’s largest estuary through use “total maximum daily loads” for selected pollutants, and other regulatory approaches. It also received international media attention, with stories in the Baltimore Sun, New Orleans’ Times-Picayune, Washington Post and MSN and radio coverage from NPR and Swedish Radio.

Lefcheck believes one reason the paper was so well received is because it builds on decades of data collected from bay waters.

"We used water-quality measurements, aerial surveys and historical land-use information to analyze the relationship between nutrient pollution and seagrasses in the Chesapeake Bay from 1984 to 2014,” says Lefcheck. “Our modeling revealed that, during that 30-year period, reduced inputs of nitrogen and phosphorus increased seagrass cover, both by increasing water clarity and reducing algal blooms.”

The bottom line, he says, is that “reducing nutrient pollution and conserving or restoring species diversity can lead to long-term local ecosystem recovery in the bay.”