Justin Stevens, a William & Mary physicist, is among the young U.S. scientists recognized as recipients of the Presidential Early Career Award for Scientists and Engineers (PECASE).

The early July announcement from President Donald J. Trump noted that the award is “the highest honor bestowed by the United States Government to outstanding scientists and engineers who are beginning their independent research careers and who show exceptional promise for leadership in science and technology.”

Stevens, an assistant professor in the university’s Department of Physics, was one of two William & Mary honorees. The other is Matt Kirwan, an associate professor in William & Mary’s School of Marine Sciences at VIMS. Stevens is a nominee of the U.S. Department of Energy; Kirwan, the National Science Foundation. Stevens, Kirwan and other PECASE awardees will be feted at a July 25 celebration in Constitution Hall in Washington, D.C.

PECASE nominations are taken from recipients of five-year Early Career Awards. Stevens received his Early Career Award from the Department of Energy and uses the funding to advance the work on the GlueX experiment at Jefferson Lab. GlueX aims to probe a theory known as quantum chromodynamics — an explanation of the strong force that binds the components of atomic nuclei. 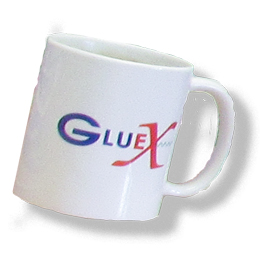 The other three Standard Model interactions are electromagnetism, gravity and the weak force, which is responsible for certain kinds of nuclear decay. The Standard Model also includes a slate of particles: quarks, electrons, neutrinos, photons and other fundamental bits.

“It can take quite a while to wrap your head around that concept,” Stevens admitted.

Stevens explained the theory: Gluons are subatomic particles that hold together the three quarks that make up each proton and neutron. But to do their subatomic adhesive job, the gluons have to act as a field. The basic idea of GlueX is to create the conditions that zing the gluon particles into action, a condition known as an “excited gluonic state.”

“Our goal is to look for ways that the gluons that connect the quarks inside of protons and neutrons enter excited modes,” he said.

GlueX shoots a beam of photons at a target of protons, Stevens said. The wreckage of these subatomic collisions may include “hybrid mesons.” Hybrid mesons are essentially a couple of quarks wrapped up with an excited gluonic field.

Stevens and his colleagues have finished the first stage of the GlueX experiment and are sorting through the immense amount of data produced. Their next step will be to use the 12 GeV upgrade at JLab to do a high-intensity version of the GlueX. They’ll be looking for the strange quark, another component of the hybrid mesons that are infested with excited gluonic fields.

“The strange quark has a heavier mass than the up- and down-flavored quarks that make up much of the body of the proton,” Stevens said. “So, it has some different properties.”

In receiving the PECASE award, Stevens stressed that GlueX, like many ambitious physics experiments, is far from a solitary operation.

“Everything we do in my field is extremely collaborative,” he said. “While I'm honored to receive the individual award, I think it's important to recognize that the GlueX experiment has more than a hundred collaborators and many more engineers and technicians who contribute to the success of the project.”