Professor Rob Hale of William & Mary’s Virginia Institute of Marine Science is lead author of a new “Grand Challenges” paper commissioned to mark the 100th anniversary of the American Geophysical Union, the world’s largest association of Earth and space scientists with more than 60,000 members in 137 countries.

The paper, “A Global Perspective on Microplastics,” is co-authored by VIMS doctoral student Meredith Seeley and senior research scientist Mark LaGuardia, along with Lei Mai and Eddy Zeng of Jinan University in Guangzhou, China. 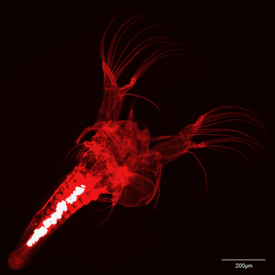 “Microplastics” are microscopic particles fabricated for products like facial scrubs, or produced when physical, chemical and biological forces break down larger pieces of plastic debris. There has been widespread concern among scientists and the public that these minute, synthetic fragments are impacting marine ecosystems.

AGU Executive Director/CEO Chris McEntee says the Grand Challenges “represent a special collection of open-access review papers with the shared goal of transforming Earth and space science to meet the challenges of today and the opportunities of tomorrow. They explore where major research and discovery are needed to address fundamental questions in our understanding of Earth and the solar system.”

Not just an ocean problem

The team’s paper appears in the January issue of the Journal of Geophysical Research: Oceans, but Hale is quick to stress that microplastics are a concern outside the marine environment as well. 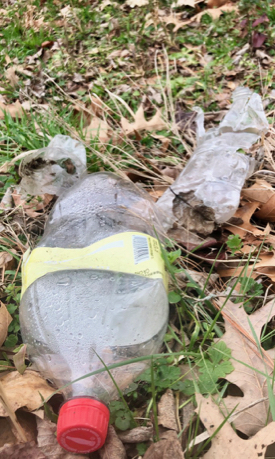 “It’s not just an ocean problem,” says Hale. “There’s growing evidence that microplastics are distributed across the land surface and in the air. We’re finally opening up the other boxes and discovering a pretty substantial footprint.”

Indeed, the broad nature of the microplastic threat is a main focus of the authors’ manuscript.

“We stress that microplastics are a global phenomenon that can’t be adequately understood or addressed in the context of the marine environment alone,” says Hale. “Plastics are produced, used, and discarded on land, and disperse through soils, rivers, and the atmosphere. The cat’s already out of the bag if you’re talking about dealing with these materials after they’ve reached the ocean.”

The researchers note that the global scope of the issue extends to the social sphere as well.

“We have to recognize that microplastic pollution is an international problem that doesn’t respect political boundaries,” says Seeley. “As with climate change and species management, developed and emerging nations will have to cooperate to find equitable solutions.”

Not all plastic is the same

A second goal of the article is to gain broader recognition that “plastic” is a catch-all term for a complex array of materials that vary in chemical composition, size, texture, and shape—including pellets, fragments, and fibers. Adding further complexity is that plastics are often infused with additives, including flame retardants and UV inhibitors, which may themselves have environmental and health impacts.

“People often assume that all plastics are the same and behave identically in the environment,” says Hale, “but that isn’t the case at all. To resolve key questions and mitigate possible impacts, everyone — manufacturers, scientists, health-care specialists, engineers, economists, policymakers and others — must collaborate to better understand the composition and nature of plastic products and their additives.” 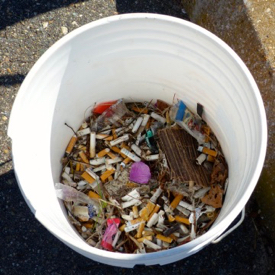 The researchers also stress that the characteristics of microplastics can and do change during and after use.

“The complexity of microplastics becomes even more convoluted once they enter the environment and begin to intermingle and weather,” says LaGuardia. “We have to better understand these complexities, especially in transition zones such as estuaries.”

“People often assume that all plastics are the same and behave identically in the environment,” says Hale, “but that isn’t the case at all. To gain that understanding, the authors recommend the research community move beyond studies of individual habitats, size ranges, polymer types or forms and into more holistic studies of the changing characteristics of microplastics and their impacts on ecosystem health and processes.

A need for better tools 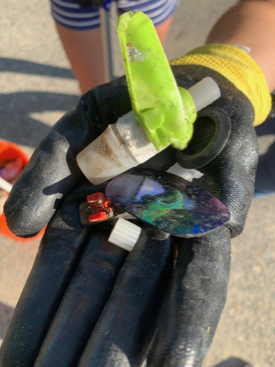 The researchers’ third main message is that comprehensive understanding of the microplastics issue, and the most effective responses, will require better analytical tools.

“To understand the real impacts of microplastics,” says Hale, “we’ve got to improve our sampling and analytical capabilities, including the ability to study nanoplastics and weathered materials.”

Nanoplastics are particles even smaller than microplastics, with sizes ranging from 1 nanometer to 1,000 nanometers or a micron. A strand of DNA is about 2.5 nanometers across.

Hale says current state-of-the-art instruments, such as FTIR and Raman microscopes, “provide really great information when you zero in on a single microplastic particle.” The problem, he says, is that many samples contain thousands of different particles, and many of these particles are really, really small.

“There’s a disconnect,” says Hale. “A lot of our technology can’t get down to stuff below 10 microns, and in terms of effects on organisms, we think that smaller particles may be more toxic.”

Trying to bridge this gap, VIMS recently received funding from the NOAA Marine Debris program to investigate interactions between particles smaller than 10 microns and infectious disease in fish.

The authors’ concerns regarding microplastics extend to potential impacts on human health. 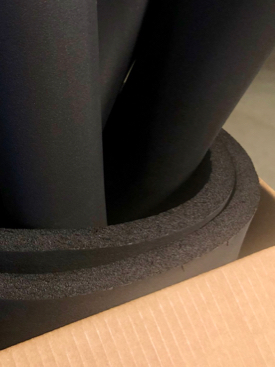 “There have been concerns about ingesting microplastics from seafood, but the indoor environment is our biggest direct threat,” says Hale. “Many people in developed countries spend almost all their time indoors, in spaces that are increasingly air-tight and insulated with things like polystyrene foam. Our exposure to microplastics from breathing and ingesting indoor dust may have toxicological consequences, but there’s been very little research.”

To address these concerns, Hale and colleagues at VIMS are acquiring a time-of-flight mass spectrometer, which will hopefully allow them to better analyze chemical contaminants associated with microplastics, as well as those found in other environmental samples.

“This will help us start going after all these unknown additives in plastics and open up that Pandora’s Box a little better,” says Hale. “I think that’s where the action really is in terms of human health.”