Cued by the setting sun, droves of zooplankton and small fish each night migrate from the ocean’s depths to its surface to feed while evading predators under the cover of darkness. At dawn, they swim hundreds of feet back down into the dimmer, safer waters of the ocean’s “twilight zone.” A new study shows that some zooplankton also swim up and down repeatedly within this daytime sanctuary, responding to cloud shadows so subtle they escape the notice of shipboard oceanographers. 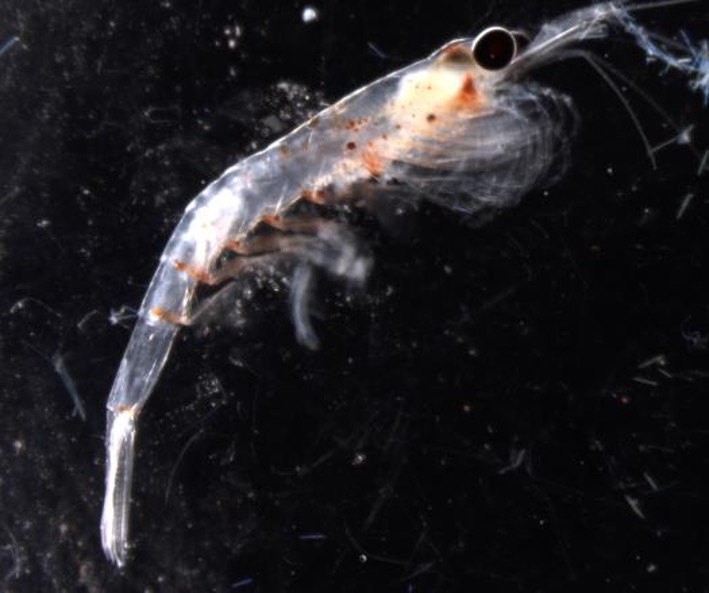 The study’s lead author, Melissa Omand of the University of Rhode Island’s Graduate School of Oceanography, says “Our finding poses some really good questions about whether there’s an evolutionary or ecological advantage to this daytime behavior.” The newly discovered high-frequency “mini-migrations” would also appear to significantly increase the metabolic requirements of zooplankton, and likewise their capacity to reduce the build-up of the greenhouse gas carbon dioxide in Earth’s atmosphere.

Joining Omand on the study are Deborah Steinberg and Karen Stamieszkin of William & Mary’s Virginia Institute of Marine Science. Their discovery, the cover story of this month’s Proceedings of the National Academy of Sciences, comes from data collected in the northeastern Pacific Ocean during NASA’s EXPORTS field campaign in 2018. EXPORTS, for EXport Processes in the Ocean from RemoTe Sensing, is a multi-institutional, 5-year project involving more than 40 principal scientists from 17 organizations in 11 countries.

Steinberg, CSX Professor and Chair of Biological Sciences at VIMS, is one of the EXPORTS project’s lead scientists. She has been conducting field studies of zooplankton vertical migration for the last three decades, most recently during EXPORTS’ second and final field campaign, a May 2021 cruise to the North Atlantic.

The daily trek between the ocean depths and surface has been called the largest migration on Earth, because of both the vast number of migrators and how far these tiny creatures travel roundtrip.

“For creatures this small — many the size of a rice grain — a daily migration of 900 feet is like you and me walking 25 miles every day to and from breakfast,” says Steinberg.

“We’ve known about daily vertical migration—an adaptation for avoiding visual predators—for more than a hundred years,” she adds, “but we had no idea this high-frequency migration was also occurring. It just goes to show how little we still know about the ecology and behavior of organisms in the deep sea.”

The team collected their data using a radiometer to measure surface sunlight and a sonar-like device that can detect zooplankton in the water. Comparing these two data streams showed that when thickening cloud cover prevented sunlight from reaching as deep in the ocean, the zooplankton would swim toward the surface to stay in water with their preferred brightness. When the clouds thinned, they would swim back down. According to a model produced by Omand, the zooplankton were responding to changes in brightness of only 10% or 20% ― an imperceptible difference to the shipboard scientists. 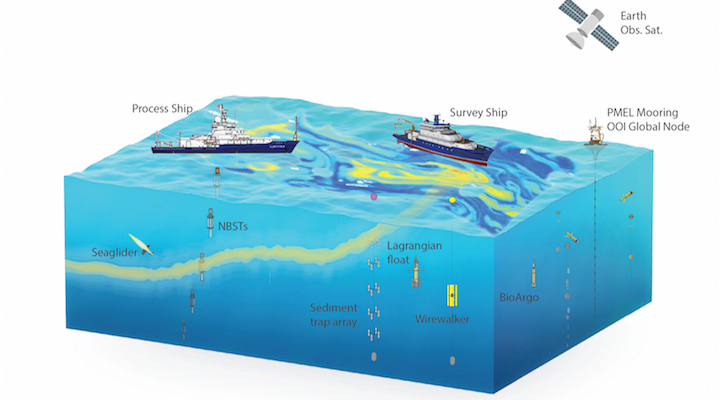 “It’s amazing how sensitive to light these tiny animals are,” says Steinberg. “It was overcast for almost our entire six-week cruise, but we discovered that some zooplankton are somehow able to detect and respond to very subtle changes in light intensity due only to changes in cloud thickness. Settings with isolated clouds passing through otherwise clear skies are likely to induce even more pronounced mini-migrations.”

“It’s such a cool thing to have a window into the daytime lives of these little animals,” says Omand. “Hopefully our research sheds light on the cues these animals are using and why they do what they do.”

The daily migrators play a key role in Earth’s carbon cycle by eating surface-dwelling phytoplankton, then transporting to depth the carbon these microscopic plants have removed from the water through photosynthesis (this removal then allows the surface ocean to soak up more CO2 from the air). The CO2 removed from the atmosphere and exported to the deep sea as carbon via this "biological pump” contributes nothing to current global warming. 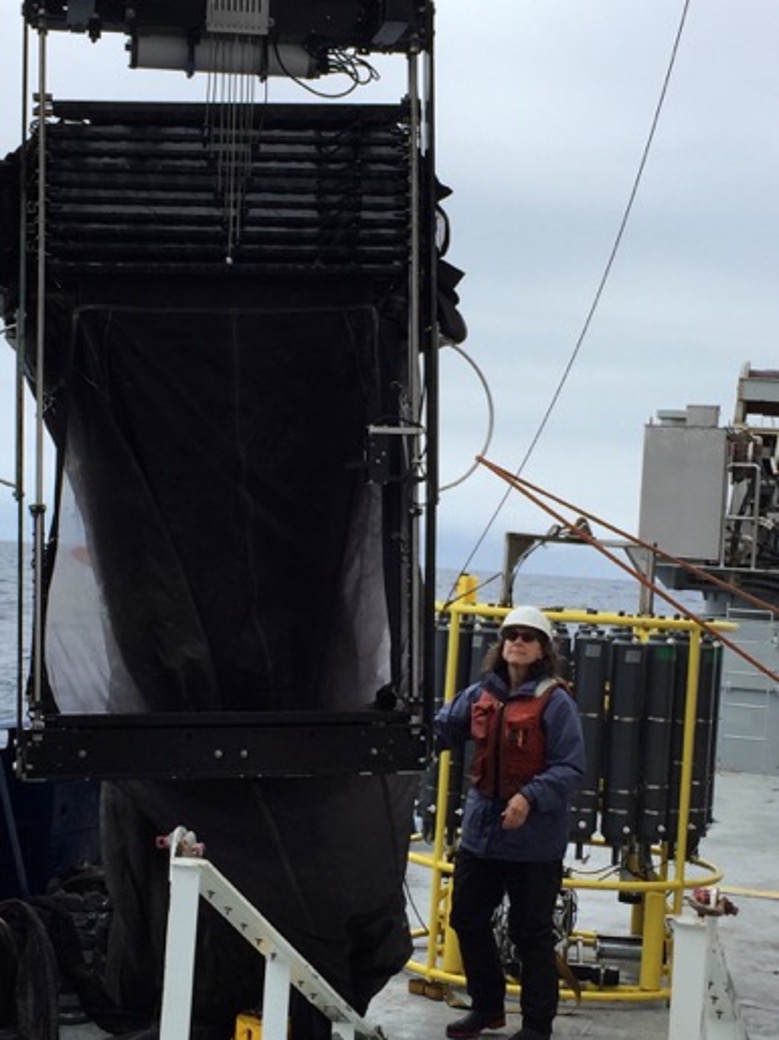 The newly discovered mini-migrations have an unknown but possibly significant effect on global carbon transport via the biological pump. The average distance for each leg of the mini-migrations is only about 50 feet, but summed through the day, the repeated jaunts add up to more than 600 feet, more than 30% of the average nightly migration distance. Steinberg says the implications of this extra energy expenditure are clear.

“The amount of carbon that migrating zooplankton need to meet their energetic demands, and thus the amount they ingest and can transport to depth, may be higher than previously predicted,” Steinberg says.

Quantifying the role of the mini-migrations in Earth’s carbon budget will require further research. More information is needed to fully understand why zooplankton exert energy swimming up and down all day in response to small changes in light, and if this behavior is common among different species and throughout oceans worldwide.

Steinberg credits the team’s discovery to the interdisciplinary nature of the EXPORTS program.

“Programs like EXPORTS are important,” she says, “because they allow scientists from widely varied disciplines — in our case, a physical oceanographer and zooplankton ecologists — to combine and interpret their field observations. Melissa brought the expertise to detect the high-frequency migration, while Karen and I helped put it in an ecological context and recognize its implications.”