Kurt Williamson is a virologist, an associate professor in William & Mary’s Department of Biology who specializes in the study of viruses. He offers some scientific context for the ongoing COVID-19 outbreak.

First of all, what is meant by a “coronavirus”?

“Coronavirus” is one of a family of genetically related viruses. The name comes from what the particles look like under electron microscopy. The particles are fringed with knob-like protrusions, resembling a crown (Corona is Latin for crown).

How do coronaviruses differ from, say, flu or cold viruses?

All three are what we would call RNA viruses (their genomes are made of RNA, not DNA) and all three are respiratory viruses. But all three are distinct in terms of their genetics, how the particles are put together and in the severity of disease that they can cause. Virologists use a number of characteristics to classify viruses.

For instance, coronaviruses and influenzaviruses have a lipid envelope (membrane) around the capsid (protein shell) and rhinoviruses, which cause the common cold, do not. Here is a brief rundown of some of the other differences. 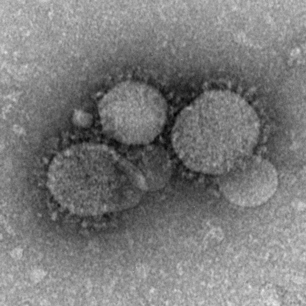 Coronaviuses have RNA genomes that are made of a single strand of RNA in what’s called the positive sense. This means that that the viral genome can be immediately turned into viral protein by the cell’s protein-making machine, the ribosome.

Influenzaviruses also have RNA genomes – but the genome comes in eight separate pieces of single-stranded, negative sense RNA. This means that the virus has to bring its own set of enzymes for converting the negative sense genome pieces into positive sense ones, so the viral RNA can be translated into proteins by the cell’s ribosomes.

The genomes of rhinoviruses are made from a single piece of positive sense, single stranded RNA, similar to coronaviruses. The genome is packaged into a protein shell that is icosahedral, resembling a 20-sided die used in board games.

Do coronaviruses tend to be zoonoses — infection transferred from animals to humans?

Yes, coronaviruses do tend to be zoonotic diseases. The source of a zoonotic disease is called the reservoir species. In 2002, the SARS (Severe Acute Respiratory Syndrome) outbreak that originated in China was caused by a coronavirus, and the reservoir was later determined to be civets and, ultimately, bats. Zoonoses can spread by more than one intermediate host before making its way into human populations.

MERS (Middle East Respiratory Syndrome) originated in 2012 in Saudi Arabia and is caused by a different strain of coronavirus, and the reservoir appears to be, again, ultimately bats, by way of a camel intermediary. This novel coronavirus COVID-19 causes similar kinds of respiratory symptoms as these previous outbreaks, and is presumed to be another zoonotic disease, but the reservoir (or source) of this latest outbreak has yet to be confirmed. Bats are, once again, suspected.

Why do coronaviruses tend to be zoonoses?

There are a couple points to this:

This “novel coronavirus” now has a name of its own, much like SARS. How does this COVID-19 event compare to other outbreaks such as SARS?

Briefly, SARS topped out at about 8,400 cases in the 2003 outbreak, according to CDC data. The COVID-19, as it is called, is already at 47,100 laboratory-confirmed cases (as of February 12), based on data from WHO. And it's not done. The COVID-19 has a broader global spread, in more countries than SARS was.

Are there any differences in how the contagions are spreading?

SARS mostly spread to/through healthcare workers, while the person-to-person spread of the COVID-19 seems to be happening more quickly, through the general population.

Any ideas on how to explain the difference?

“Coronavirus” describes a family of genetically related, but not identical, viruses. There are four genera of coronaviruses, with different strains known to infect bats, rats, ferrets, pigs, mice, hedgehogs, camels, birds and humans.

Some of the differences between SARS and COVID-19 can be explained by where the virus came from: what was the reservoir, and what was the original strain. Some of the differences will be explained by the specific mutations that have occurred after this virus made the jump into humans — mutations that enable the virus to replicate well in human hosts, and enable the virus to be more efficiently transmitted from human to human.

Advice for the general public?

I don't think anyone in the U.S. should be quarantining themselves or living in fear of going out in public. But those in public health and healthcare services around the world should be sitting up and taking notice. It is not clear how big this will get. With rapid air travel and the fact that cases of COVID-19 have already been transported to the U.S. and other countries, there is a very real risk that the virus will spread further before it is ultimately contained.

The most severe impacts and fastest spread seem to be occurring near the epicenter of the outbreak, in China. In the U.S., I don't think there's cause for panic, but it should be taken very seriously. The best things anyone can do to stem a communicable disease is wash your hands frequently with soap and warm water. Cough and sneeze into your elbow, not into your hands. Avoid touching your face (eyes, mouth, nose) as much as possible.