Calling it an homage to the late Paula Blank doesn’t begin to tell the story of the three William & Mary English faculty members who took up her work on a book titled Shakesplish: How We Read Shakespeare’s Language, after her sudden death in August 2016.

“It’s so many things, really,” said Elizabeth Barnes, who was joined by colleagues Erin Minear and Erin Webster in seeing the project to fruition.

Barnes had the deepest relationship with Blank, an accomplished and popular faculty member whose reputation was enhanced by the publishing of two books, numerous articles, two fellowships at the National Humanities Center, a fellowship from the American Council of Learned Societies and a 2010 Plumeri Award for Faculty Excellence at the university. Barnes met her a few days after starting work at William & Mary more than two decades ago and marveled at her friend’s passion for language. 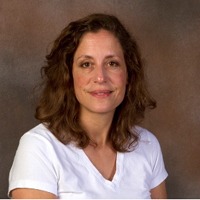 Barnes called her “the most important person I know in my life at William & Mary. We talked about everything and knew more about each other’s lives than anyone. And she told me once, 'I'm in love with Shakespeare.'”

“I missed her, and this was a way of staying connected to my friend,” Barnes said. “It was something to work on while I grieved her death. ... I wanted Paula’s voice to remain in the world, and I really thought this was great work that she would be glad to see and that people would be happy to read.”

Minear and Webster were no less committed. Both admired Blank’s fidelity to William Shakespeare and her passion for his words. They knew how important the project was to her, how she strived to produce a book that she hoped would speak to an audience that was captivated when they read the Bard as well as an audience that confessed that he confounded them.

Three women, three different ranks and ages. Barnes is in her 50's and a full professor. Minear is in her 40's and is an associate professor. Webster, who was interviewed by search-committee members Blank and Barnes when she applied to work at W&M, is in her 30's and an assistant professor.

Yet they were united in a common, unselfish cause: Do it for Paula.

Four months after Blank died, Barnes went looking for the manuscript on the laptop Blank’s daughter had entrusted with her. What she found would comprise the overwhelming majority of Shakesplish, but at that point the bottom line was that the manuscript was incomplete and well past the deadline Stanford University Press had set for Blank.

That had been the case from the beginning, Stanford University Press Editor Emily Jane Cohen said. Blank was a perfectionist, so much so that Cohen or one of her assistants regularly checked on the author’s progress. It was during one of those check-ins that they learned of her death.

“At that stage, because I had no way of knowing whom I should contact, I assumed the book would never see the light of day,” Cohen said.

Then out of the blue Barnes phoned and asked, “Any chance you’d still be interested in it, because I think I can deliver it with the help of my friends and colleagues.”

Cohen, who met Blank during an acquisitions trip to the National Humanities Center in 2013, had loved the idea for the book from the start. She thought it was 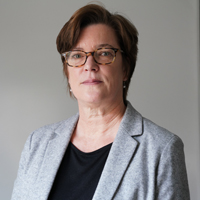 the ideal model for a new series, called Square One, that she and a colleague were launching.

Barnes’ call left her conflicted. On the one hand, Cohen was typically actively involved in shaping the books she was involved with, refining and polishing projects in conjunction with the author. That wasn’t an option. The fact that the manuscript was incomplete made her nervous. She didn’t think it was a good idea for Stanford University Press to publish an incomplete book, and the obvious value of having the author available to promote a book didn’t exist.

“At the same time, I felt awful and sad about the whole situation and didn’t want the book to come to naught if it were somehow salvageable as a project,” Cohen said. “That’s why I agreed to read some of what the two Erins had worked on and what Paula had not yet shared with me herself. I also immediately shared the samples with the series editor, so that I’d have another opinion.

“Liz was very straightforward about the situation, and I could tell that she’d be reliable and business-like, which she was, throughout. I also admired the fact that she was aiming to see this through for her friend. So that was, of course, part of the picture.”

Back in Williamsburg, the three faculty members were parceling out duties and navigating through a rough time or two.

In her initial search of Blank’s laptop, Barnes found all of the chapters. One seemed incomplete, and Minear was tasked with completing it. But months later, the so-called incomplete chapter was discovered, finished, in a completely different place than any of the others.

“I felt horrible,” Barnes said, “because Erin had done all of this work. But we had to put Paula’s chapter back in because it was Paula’s book and Paula’s voice.

“And it was better,” Minear chimed in, laughing.

“I’m not sure about that,” Barnes countered. 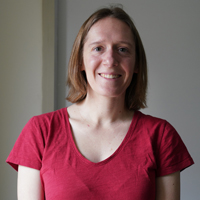 Nonetheless, there was plenty of work to be done, and plenty of collaboration needed to complete it satisfactorily.

“We tended to share things,” Minear said. “I’d ask Liz and Erin, ‘Is this what you think she would say?’ Most of the things were sentence fragments, but you could tell where she was going. There were just a few sections where we had to write a conclusion. ... The book is written in a very straightforward manner. The one thing that’s lovely about it is that it doesn’t have twisted, academic language. It’s very much written in a direct style; it’s humorous. We tried to capture that, at least we tried to write directly and simply and in a way that would honor the tone of the rest of the book. I don’t think the bits we did stick out.”

Barnes and Minear describe Webster’s piece of the project the “nitty gritty.” Blank would reference a quote or a book or a passage, and Webster would venture to a closet where Blank kept her research material, find the book then pore through it looking for the appropriate connection. Years before, she had worked on the diaries of literary critic Northrop Frye, finding books and passages to which he made reference and reading them for just the right one. This time, she had an ally. 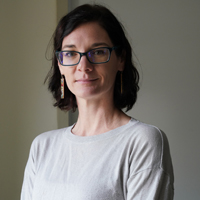 “We did find often that you could put a quote into Google and get some clues as to where to go, which made it a lot easier,” Webster said.

In the end, Webster said, trying to plug into Blank’s mindset, putting in order things that seemed out of order and turning incomplete thoughts into complete sentences made it feel “not just working on some person’s manuscript, but trying to think about Paula, how she thought, how she wrote. You hear a lot of her voice in, so it was more intimate.”

The book was published in November 2018, and Cohen said the book “seems to be finding audiences!”

And some of the acclaim that would have made Blank proud.

“This beautifully conceived book argues for a new and suggestive way of making Shakespeare our contemporary, at once familiar and exotic,” Geoffrey Harpham of the Kenan Institute for Ethics at Duke University wrote on the dust jacket.