Kate Scott remembers being bewildered at how her carefully orchestrated sophomore year at William & Mary had suddenly become unmanageable.

She was supposed to work her internship with a local civil rights organization on Thursdays. But there was a change of plans, and she was being asked to come in on Tuesdays.

That meant that Scott, who will graduate in December 2017, would be in labs all morning then fulfill her obligations as a presidential aide to Taylor Reveley, work as a teaching assistant in the French department, serve as a creative writing teacher at a local elementary school and, finally, handle an increasing load with her campus ministry organization at night.

“The first Tuesday I tried to do everything, I ate breakfast – and nothing else,” she said. “I literally had five minutes during the day to go to the restroom, once. It was not a way to live.

“People who knew my schedule would meet me at certain places and times with food so that I would eat. That’s not a sustainable life model. Once I got through it, I said, ‘Never again.’” 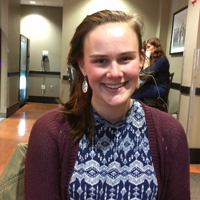 She re-evaluated her life that summer. Now, she has class, sorority, tutoring, campus ministry and her teaching assistantship, which ends soon. It still sounds complicated, but she said it isn’t. It is both fulfilling, and freeing.

“This semester is so different after simplifying,” she said, sounding relieved.

If they knew her story and how it’s changed, Anne Arseneau and Jennifer Leung would applaud her for being reflective and proactive in the changes she made.

Arseneau and Leung, director and associate director of William & Mary’s Student Leadership Development office, have put in place programs aimed at helping students do two things: give up valuing their involvement in activities based on whether they hold a titled position, and choosing to do fewer things and becoming more immersed in them.

They call the initiatives “No Title Needed” and “Depth Over Breadth.” The former started two years ago; the latter is a natural progression.

“With No Title Needed, we’re seeing that students have made it part of their language around involvement and leadership,” Leung said. “That’s what we’re hoping to do with Depth Over Breadth.” 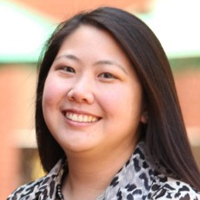 The office of Student Leadership Development (SLD) presented all incoming students with a “meaningful engagement” handout during the New Student Orientation program as a potential guide they could use at the Student Organizations and Activities Fair.

The issue was discussed with students and their parents during Family Weekend.

During September and October, SLD celebrated the concept of Depth Over Breadth by asking students to nominate colleagues who have adopted this mindset. Several of them have already been featured in student “spotlights” on Facebook and the SLD blog.

Arseneau '89, M.Ed '92 attended a panel discussion with prospective college students not long ago. She was asked if she could change one thing about W&M, what it would be.

“I said, ‘You’re coming here out of high school; people have been rewarding you for this, that and everything, and I want you to come and do a few things really, really well rather than spreading yourself too thin,’” she recalled. “‘That will create a better experience for you.’”

Arseneau and Leung understand that the public might think they are bucking a stereotypical philosophy that maintains that to gain admission to a university the caliber of William & Mary, high school students not only need exceptional grades but a resume crammed with leadership roles in extracurricular activities. Like Scott, many college students think they can successfully maintain that same pace, something Arseneau described as “the hamster wheel they get on.”

“I remember an organization that had 11 women, all super involved on campus, and finding a 60-minute period once a week between the hours of 8 a.m. and 9 p.m. where they could all be in the room together to plan, discuss and lead their organization was virtually impossible,” Leung said. “It was, ‘I’ve got this and this and this, and I can maybe squeeze you in for 45 minutes.’ On a practical level, it is problematic.

“College is a wonderful vehicle to kind of interrupt some of that.”

W&M part of a national trend

John P. Dugan, associate professor and chair for higher education programs at Loyola University in Chicago, told his audience at a recent W&M-sponsored “Elevating Change” conference that he agreed with Leung. Dugan has spent the past 15 years orchestrating a national study on developing leadership capacity in college students.

“No Title Needed drives home the point that leadership learning happens in all sorts of different spaces,” Dugan said. “We have to move beyond just positions and functional roles as the vehicle for learning, because there simply aren’t enough to go around. 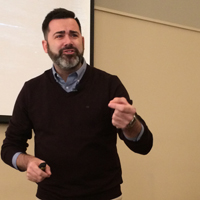 “In terms of Depth Over Breadth, I think of the whole idea of building efficacy when we go deep. If I can work in a very focused way and see all of the complexity of a singular issue, I’m less likely to reduce or oversimplify it. I’m more likely to see how to get in and to actually make a difference.”

Arseneau said that studies show that academics are the top issue stressing W&M students. But high up – higher than at most schools – is extracurricular involvement.

“So the things they should be doing for recreation or leisure and involvement are also the very things that are causing stress,” she said.

One student’s story of going deep

Like most students, Tom Kalnas ’17 came to W&M unsure of his career path. Was it acting, directing, producing, writing? Something else entirely?

He joined a fraternity and a couple of social groups, but by the end of his sophomore year, he said he knew exactly what he wanted “and I wasn’t doing it yet.”

One reason? Too many friends.

“Some relationships were legitimate, but a lot were shallow, relationships that would not last three years after college,” he said. “I realized I was putting my time into ‘dead’ investments, and I needed to cut out a lot of things. So I restructured my social life; now I hang out with 10 people, max, and that has helped tremendously with my ability to focus and apply my time well.”

A dual major in marketing and a self-designed, performance-based acting/music/writing/psychology curriculum, Kalnas has written a play symbolic of his early college experience and the sometimes difficult process of finding what’s really important. 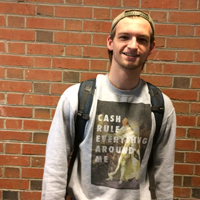 ﻿“Fly 102” involves a disc jockey who works the night shift, where she can actually talk to her audience in a way her prime-time counterparts can’t because they must play certain songs, give the weather and traffic at specific times and endure a far more scripted job. Then a producer pressures her to move to prime time.

“Basically what she has to understand is that what she’s giving and doing [in prime-time] isn’t what she wants to give and do,” said Kalnas. “She can talk about the weather and the traffic, but she wants to leave behind a legacy, for people to remember what she says.”

“We all live in this constant stream of information, social media and news platforms,” he said. “When they leave my play, I hope they’ll have a better stream experience. They’ll be better able to pick and choose what actually is important in their lives.”