Photo - of -
by Amelia Butler |  April 24, 2013
These days, the resonant “Tong! Tong!” of the Wren Building bell marks the last day of classes for graduating seniors. During the Civil War, however, that sound assumed a more somber tone: William & Mary President Benjamin Stoddert Ewell rang the bell at the beginning of each term to announce that, while the College was closed for the duration of the war, its spirit continued undefeated and its doors would one day reopen.

William & Mary was thrown into the thick of the Civil War in 1862 as the Battle of Williamsburg resulted in a Confederate retreat and Union occupation of the city. The Wren Building, previously a barracks and hospital for Confederate troops, served briefly in the same capacity for the Union before being torched along with several other campus buildings by the 5th Pennsylvania Cavalry. It would be almost 20 years before the College was repaid for the damage.

President Taylor Reveley recalled this history of the Civil War at William & Mary in his opening remarks to the 2013 Signature Conference of the Virginia Sesquicentennial of the American Civil War, “The American Civil War at Home,” April 19-20 at the Sadler Center. The fifth of seven such conferences – covering topics ranging from race and slavery to military strategy to the global context of the war, and hosted by Virginia’s premier universities – this year’s event focused on the limits of emancipation and the internal dissent on both sides of the conflict.

Reveley reminded attendees that while 150 years may seem like an eternity to today’s youth, the Civil War in fact took place not that long ago. In celebrating the difficult-to-pronounce sesquicentennial, (“It rolls off the tongue,” Reveley joked, “if you can just persuade your tongue to give it a chance.”) scholars and the public alike make an effort to understand the past and embrace the future. 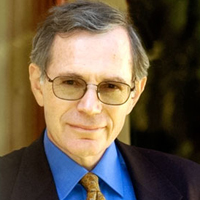 Foner discussed how the Emancipation Proclamation, though not the miraculous end-point of slavery in the United States, proved a turning point in the Civil War, as well as Lincoln’s own relationship with slavery and race.  Emphasizing that emancipation was a process rather than a single event and that no one in 1860 knew that slavery would end, Foner outlined a brief history of emancipations prior to the Civil War. He also pointed out that Lincoln himself did not advocate the freeing of slaves, nor the equality of African Americans.

Foner argued, however, that the most fascinating aspect of Lincoln’s character was his capacity for growth. Over the course of the war, Lincoln grew steadily more committed to freeing the slaves.

“The biggest change on the home front,” Foner concluded, citing the theme of the conference, “was the destruction of slavery.”

“The impulse in selecting presenters for a conference like this,” conference co-chair Scott Nelson explained, “is usually to choose your own cronies. But we wanted to bring in people whose work changed the way we think about the discipline.

“This group are intellectuals first and historians second; they’re wrestling with the big ideas,” Nelson added.  “If you ask a serious question, they’re not going to come up with a glib answer. They’re really going to think about it.”

This intellectual impulse was apparent in the Q&A session, where audience-submitted questions – such as “What aspects of the Civil War remain under-examined?” and “Is the Civil War too painful a topic for African Americans to discuss today?” – were discussed thoroughly by the panelists.

The conference drew audiences from around the state and was well attended by William & Mary students, who received free admission. This was an important aspect of the conference for co-chair and W&M History Professor Carol Sheriff.

“It’s a great opportunity for our students to meet historians they read in class,” Sheriff noted, “and an exciting opportunity to have so many leading scholars of the Civil War to show us multiple points of view.”

History student Kristen Beales echoed Sheriff’s sentiments, saying, “It was nice being able to talk to someone whose scholarship I admire.”

Panelist Thavolia Glymph of Duke reinforced this with her concluding remarks during the Q&A, declaring, “We’ve got a history to tell and we can’t tell it individually.”