by Jim Ducibella |  July 24, 2012
A community of 3,466 international relations scholars from 20 countries believes that East Asia is the world’s region of greatest strategic importance to their nations today.

That was a key finding from the 2011 TRIP survey, published recently by the Institute for the Theory and Practice of International Relations (TRIP) at the College of William & Mary. The survey, which was sent to all international relations (IR) scholars in the countries surveyed, included nearly 90 questions on the IR discipline, as well as respondents’ research, teaching and foreign policy views.

Among U.S. scholars, the percentage responding that East Asia is the most strategically important region today rose from 30 percent in 2008 to 46 percent in 2011. 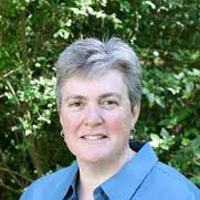 “That’s a big change from our last survey,” Peterson said. “A combination of things is responsible for the change, especially the growing recognition of China’s economic power and the concurrent U.S. withdrawal from a major military conflict in the Middle East, which in 2008 had dominated not only U.S. academics’ responses, but those in a lot of other English-speaking communities.

“The majority of scholars always said that in the long run East Asia would be the most important region, but we’ve reached that long run more quickly than we thought.  The reduction of U.S. commitments in Iraq and Afghanistan allowed scholars to turn their academic attention to East Asia.”

More scholars in the United States cited the rising power of China as one of the most important foreign policy issues facing our country over the next ten years than listed any other issue. 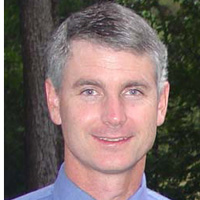 Scholars also were asked to rate U.S. and Chinese influence on a scale of 1 to 10.  At 4.34, China lags well behind the United States today at 6.63, according to survey respondents.  By 2020, however, IR scholars predict that this gap will narrow considerably with the United States at 5.68 and China close behind at 5.28.

“At the same time that IR scholars are concerned about the implications of China’s rising power relative to the United States,” Tierney noted, “they are not overly worried about the possibility of out-and-out conflict between the U.S. and China.”

When survey respondents were asked to rate on a scale from 1 to 10 the likelihood of war between these two great powers, they put the chance of conflict at 1.33 today and 2.28 over the next 30 years.

The 2011 survey, funded by Arts and Sciences and the Reves Center for International Studies at the College and the Carnegie Corporation of New York, is updated and expanded compared to previous surveys.

In 2004, the only International Relations scholars surveyed were from the United States. In 2006, respondents from Canada were added. In 2008, the survey added eight more English-speaking countries.

The 2011 survey includes all of the above, plus scholars from Argentina, Brazil, Colombia, Denmark, Finland, France, Mexico, Norway, Sweden and Turkey. The total number of respondents from the 20 countries, representing five different languages, was 3,466 scholars, or 49.5 percent of the 7,001 scholars surveyed. No country had a response rate below 36.6 percent.

“We weren’t the first to ask some of these questions,,” Peterson said, “but TRIP is increasingly recognized as the most comprehensive, most extensive, data collection ever undertaken in the field of international relations.”

“IR scholars who want to study the IR discipline and the relationship between the theory and practice of IR,” Tierney added, “increasingly turn to TRIP for data.  One of our major goals is to help provide this public good for the discipline.”

A major paradox revealed by the survey is that, while East Asia is seen by most scholars as having the greatest strategic importance today and in 20 years, the region is relatively unstudied and untaught by international scholars.

In the United States, only nine percent of the responding scholars labeled East Asia as the “main” region of the world they study. Among all scholars, that number is just seven percent.

Peterson explained that there were several reasons for the disparity, among them: TRIP surveys scholars of international relations, not comparative politics, who may be more likely to develop an expertise in the history, culture and language of a particular country or region; and IR scholars who study the foreign policy of East Asia need to spend many years immersing themselves in the study of regional languages and politics. 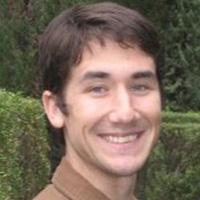 On the teaching side, Peterson found less obvious reasons for the disparity between what scholars believe is the world’s strategically most important region and what faculty teach.

Only 34 percent of faculty respondents devote one or more classes in their undergraduate international relations courses about East Asia, less than those who teach about the Middle East and North Africa (37 percent) and Western Europe (43 percent). Among U.S. international relations scholars, 40 percent said they devote one or more classes to a discussion of East Asia, while 44 percent do the same for both the Middle East and North Africa and Western Europe.

“I would have expected more faculty to use case studies and current events to teach about various regions of the world, including East Asia,” Peterson said. “The numbers of faculty who teach about East Asia simply doesn’t match the importance that IR scholars attach to the region. We need to close that gap.”

The entire 2011 TRIP survey can be found here.