Support for salary increases and need-based financial aid topped the priority list of William & Mary’s six-year plan endorsed in September by the Board of Visitors.

Now, Board members, administrative staff and faculty are working aggressively to find creative ways to finance the expenditures needed to make the plan a reality.

A key part of that effort to find new resources will be academic creative adaptation, Board members, faculty and staff agreed during December’s Committee on Strategic Initiatives meeting of the BOV. The six-year plan is part of a new ongoing process that began last summer following the Higher Education Opportunity Act (TJ21). Pursuant to the new legislation, all public universities submitted six-year plans to the state earlier this year. 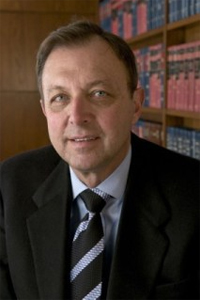 “We aspire to be a leading university in implementing the engaged learning model,” said Board member Robert Scott, who led a discussion on the topic with fellow Board member Colin Campbell. The Board looked at how William & Mary might approach a project to increase both efficiencies and innovation on the academic side of the institution.

“Our immediate challenge is how do we attract and retain outstanding faculty when our current salaries are so far below market levels,” Scott said. “The Board took the important first step in September by approving the proposed expenditures in the six-year plan. The next step is to explore structural changes to enhance our teaching mission.”

Added Campbell, “I think we have an opportunity to make William & Mary the model when it comes to faculty and Board members working together on some really challenging issues facing all of higher education.”

The academic innovation project follows an ongoing effort launched last year to review and identify innovation and efficiency initiatives on the business side. That administrative initiative determined the College has reduced expenditures by $8.2 million since 2008. It also identified more than 60 projects, which, when fully implemented, could produce more than $2 million in annual cost savings and net new revenues. 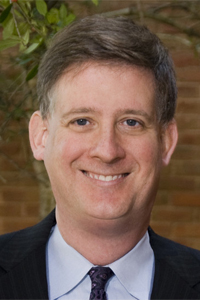 The College has a well-established record of stretching its limited resources. For example, U.S. News & World Report’s most recent list ranked William & Mary tied for 33rd nationally among all universities in terms of quality but just 97th in finances -- by far the lowest resources ranking of any university in the magazine’s overall top 50. The gap in rankings between academic quality and financial resources -- at 64 spots -- is also largest of any top 50 schools who are also among the College’s peer group established by the State Council for Higher Education.

On the academic side, the question is how can William & Mary enhance its educational mission, and do it in a way that allows the College to best utilize the limited resources already in place? It’s a question that everyone agrees is essential to the future success of William & Mary.

“The goal here is to become even more efficient than we already are,” said Alan Meese, Ball Professor of Law and faculty representative on the Board of Visitors.

Faculty support the effort of looking for ideas to free up resources for the long-term, Meese said. This includes the Creative Adaptation Fund recently announced by Provost Michael R. Halleran. The provost sent a memo earlier this semester to faculty announcing the fund, which sets aside $200,000 for the coming fiscal year 2012-13 “to engage and unleash the creative energy in the academic areas to develop creative adaptions that improve the quality of our educational programs either directly or indirectly, by reducing costs or generating new revenues and thereby providing funds that can be reinvested in people and programs,” Halleran said in his faculty message. The new fund is designated for academic units only, though some projects may have an operational or business component. 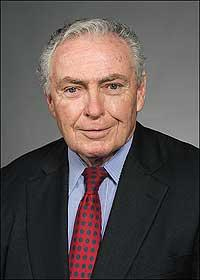 Meese added that the Faculty Assembly Executive Committee also unanimously endorsed the provost’s new five-percent reallocation plan. In addition to the creative adaptation fund, Halleran has asked each dean to find over the next three years cumulative reductions in cost or new revenues (not including undergraduate tuition) equal to at least five percent of their operating budget. The memo contemplates that different units might locate such savings in different ways, consistent with its individual mission.

“Faculty recognize this is not a ‘one size fits all’ approach,” Meese said.

The plan, Halleran said, is to reallocate the savings into salary increases. “Compensation is a critical issue and one way we are going to deal with that is reallocation,” he said.

The discussion at the Board meeting follows a number of ongoing discussions on campus. Earlier this semester, Campbell and Scott spent several days on campus to gather information on how best to approach the academic portion of the innovation effort. The Board members spent time with a number of faculty groups and the deans to better understand current issues and constraints. 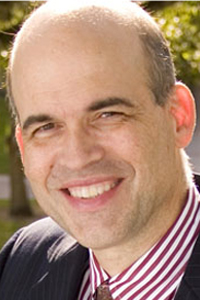 The focus of the creative adaptation effort is to explore new ways to fund the unusual brand of education at William & Mary that blends a liberal arts college with a top research university. During the faculty meetings, Scott said, there was a general consensus on three possible initiatives that could enrich the educational value, improve efficiency and encourage innovation:

As the effort moves forward, Board members, staff and faculty agreed that the central role of research at William & Mary must not be lost in the academic innovation effort. William & Mary faculty are scholars who love to teach.

“Our blend of teaching and research is highly unusual,” said Halleran, “it’s what makes the W&M’s brand of education so special and valuable.”