Diane Shakes was one of 20 William and Mary faculty to receive the Plumeri award for Faculty Excellence in recognition of their exemplary achievements in regard to teaching, research and service. A feature article on the awards and all of this year's recipients contains the following excerpted description of Dr. Shake's work and contributions: 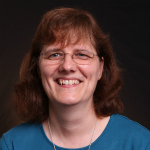 Professor Shakes is as an internationally recognized researcher on the nematode worm C. elegans. She has earned an international reputation in the area of molecular and cellular mechanisms of sperm development, fertilization, and early post-fertilization chromosome mechanics. She has been publishing journal articles on worm genetics and biology for more than two decades. She also teaches courses in molecular cell biology, genetics, and cell biochemistry, and biomedicine and biomedical research to students on all levels. She has mentored undergraduate honors students and master’s candidates, publishing numerous papers with student co-authors. Shakes also is co-director of William & Mary’s new public health minor, which she was instrumental in designing. Shakes is the lead on a project sponsored by the National Institutes of Health studying the dynamic remodeling of an unusual cytoskeletal protein called the major sperm protein (MSP). The National Science Foundation is sponsoring another study examining how cellular processes, including cell signaling, stem cell biology, cell cycle progression, and cell differentiation, are conserved and/or altered in the germlines of nematode species. This research was featured in U.S. News & World Report in April 2012. She earned a doctorate in biology from Johns Hopkins University.