Sounds like a name one of those screeching, ambulance-chasing lawyers who hawk their services on television would use.

It’s not. According to William & Mary Government Professor C. Lawrence Evans in his new book, The Whips: Building Party Coalitions in Congress, DeLay should be regarded as the all-time superstar among Congressional whips.

Whips? It’s a centuries old metaphor that related vote gathering within a legislature to the herding of hound dogs during foxhunts in the English countryside. People don’t know much about this process, Evans said. They don’t know that the current House Republican (majority) whip is Steve Scalise or that for the Democrats it is Steny Hoyer of Maryland. Republican John Cornyn of Texas is the Senate majority whip, while Dick Durbin of Illinois holds that post for the minority party.

{{youtube:medium:center|NSBfh1qt9OI, Evans on The Whips}}

They are assistants to the floor leaders of the House and Senate and are elected by their party conferences. They are primarily responsible for counting heads and rounding up party members for votes and quorum calls. They don’t do it alone. There’s a whip “system,” which Evans estimated at about 70 members in the House and 20 in the Senate.

“These people, who operate behind the scenes, have a big impact on the laws that emerge at the end of the process,” Evans said.

And he believes no one did it better than DeLay. The Newton Family Professor of Government at the university, Evans writes, “Early in his tenure in the position, the media chose to nickname (DeLay) ‘The Hammer,’ for his forcefulness in getting wavering Republicans to vote the party line.”

According to Evans, DeLay, a member of the House of Representatives from Texas from 1985 to 2006, “was remarkable in terms of his sheer effectiveness at putting together coalitions. He stands out, and I don’t think people fully realized that before I wrote this book. 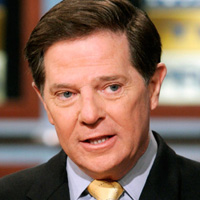 “His biggest strength was his understanding of the districts his members came from. He knew what he could ask them; he knew what they could do. He could help frame a party proposal in such a way that they could sell it at home. Another major strength of his was his linkages to the interest-group community, donors, the business community and the like. He was a Republican and could reach out to these independent sources of lobbying effort and bring them in.”

With the assistance of an estimated 50 William & Mary students, Evans compiled at least 30 boxes of material, holding thousands of file folders and 30,000 photocopied documents. In addition to examining roll call votes, personal interviews with lawmakers and staff, Evans and the students scoured the personal papers of dozens of former House and Senate leaders, especially former whips.

That allowed Evans to create and draw on nearly 1,500 private leadership polls about evolving member preferences on hundreds of significant bills across five decades of recent congressional history.

“We had to figure a way to take (all of the information) and quantify it,” Evans said. “The students were instrumental on this. We worked together; they helped me put together these data sets. I couldn’t have written the book without them. Now, though, I can go back from the 1950s to the 2000s and get a sense of what the lay of the land looked like before the end of the process and the vote.”

When an issue is cut and dry and there’s no question which way the vote is headed, there’s no need for the party whip to get involved. When the outcome of a vote is in question, however, Evans’ research verified the value an effective whip can have. 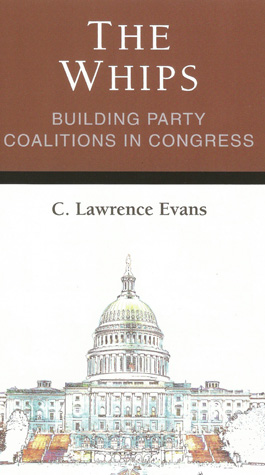 “Throughout the decades, the party leadership almost always lacks the votes necessary to win at the beginning of that end-game process,” he said. “The partisanship, the polarization we see, in many ways is actually an indicator of the strength of that process and how effective they are.”

Evans’ book tabulates win rates, win rates after changes are made, how often initiatives are pulled and how often they lose. He estimates that 15 to 20 percent of whip votes go the “other way.”

Most recently, and dramatically, was the late Sen. John McCain’s thumbs-down vote, cast in the wee hours of the morning, that killed Republicans’ attempt to repeal the Affordable Care Act, or Obamacare.

“Most of the major recent votes that were heavily whipped but lost have to do with Obamacare,” Evans said. “In the House, they eventually got a repeal bill through but only after several losses where they whipped hard and came up short. The Senate wasn’t able to get the bill through. Overall, though, the whips generally win and shape public policy on the major issues of the day."