by Jim Ducibella |  May 3, 2017
It could be said that the relationship between the William & Mary community and The Cheese Shop extends to the [bread] ends of the earth.

On the first day that Mary Ellen Power’s famous family recipe for dressing became available for purchase, a phone call came in from a London financial house. On the line was a W&M alumna.

She wanted four jars shipped to her in England. Christmas presents, she said, for people who’d heard her raving about the dressing.

Mary Ellen and Tom Power, who first opened The Cheese Shop on Prince George Street in 1973 but have been located on Merchants Square since 2003, have no idea how many sandwiches or bags of bread ends they have served to W&M students, staff and faculty. They estimate they have employed between 500 and 1,000 people during their time in Williamsburg, many of them students with whom they have maintained long, fond relationships. Homecoming, they say, is a special time at The Cheese Shop, as dozens of former employees pop in to say hello and reminisce. 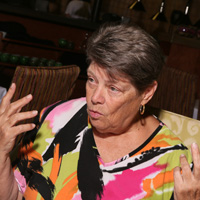 Those types of relationships are why the Prentis Award was created in 1980, to recognize individuals in the Williamsburg community for strong civic involvement and support of the university. It is named after William Prentis, an 18th century business owner whose store on Duke of Gloucester Street was known for fair wages, good merchandise and sound, innovative business practices.

That would make Mary Ellen and Tom Power, who also owned the Trellis restaurant for 14 years and now own and operate Fat Canary, named one of the top-100 restaurants in America, the ideal Prentis recipients. They will be honored on May 16 in the Great Hall of the Wren Building.

“Mary Ellen and Tom have sustained the William & Mary community, quite literally, for decades,” said President Taylor Reveley. “Where would we be without House Dressing? Generations of alumni return to the Cheese Shop during Homecoming to relive the delights of the fare they enjoyed there while students.

“Mary Ellen and Tom have been stalwart friends to the campus community, employing our students and supporting Tribe Athletics. As highly accomplished business people, they have invested in Williamsburg through multiple ventures, and they have been as generous with other community organizations as they’ve been with William & Mary. We are delighted to honor them with this year’s Prentis Award.”

The couple, who operate a true family business [their three children Tom Power, Jr., Mary Ellen Power, Jr. and Cathy Power all play important roles in managing and working at the restaurants], said the honor is one they never imagined receiving.

“I couldn’t quite understand why they’d be doing this,” Mary Ellen Power said of her reaction to the announcement. “Isn’t that funny? I’m not used to getting an award.”

Added Tom Power: “We were shocked.”

They shouldn’t have been. The university and the specialty shop have enjoyed a hand-in-glove relationship since the days on Prince George Street when Tom Power deliberately positioned the venting system of their then-new baking oven on the shop side that faced Brown Hall. The idea was for the aroma of freshly baked bread to grab the attention of the students.

A W&M student, Marisol Ordway-Lambert, played an essential role in one of The Cheese Shop’s signature offerings, the bread ends so many students carry to the Sunken Garden for impromptu picnics.

“We had a student working for us,” Mary Ellen Power said. “One day we were slicing bread and slicing bread, and she asked if she could take some of the bread ends back to her friends at the College. She came back and said to Tom, ‘Mr. Power, you know you could sell these bread ends.’”

Mary Ellen and Tom Power rattle off memories of their interaction with student employees with glee. 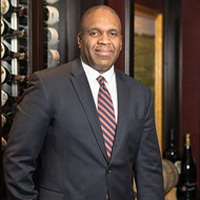 One of them, Travis Gray ’83, worked at the Trellis during his career at William & Mary. The restaurant business evidently appealed to him; he’s now the general manager of the landmark Occidental restaurant in Washington, D.C., founded in 1906 and located in the shadow of the White House.

Another favorite of theirs is Mickey McFadden ’79, the only men’s lacrosse All-American in W&M history. He worked tirelessly for the Powers while in school. So dedicated was he that McFadden, a Baltimore native, would work until closing on Christmas Eve then take off for home.

“I witnessed first hand their hard work and dedication growing The Cheese Shop into the tremendous business that it is,” McFadden said. “I have always looked up to them as role models and tried to apply their work ethic in my own life and in my business career in IT sales.”

McFadden had maybe the shortest unemployment period in Cheese Shop history. The store was packed, wall to wall, one Saturday when McFadden took a phone order from Mary Humelsine, the wife of Colonial Williamsburg Foundation's former president, and according to the Cheese Shop website their "first favorite and most loyal customer.”

Humelsine arrived to pick up her food, but the order hadn’t been filled. McFadden still had it in his pocket. Tom Power asked her to identify the employee she’d spoken with, and she pointed at “that young wooly-haired man.”

Tom Power fired him on the spot.

“Later that day Mary Ellen asked Tom where I was,” McFadden recalled. “Tom explained that he had fired me. Mary Ellen told him he either hired me back or he was fired too!”

“Our contribution to the College goes with the students,” Tom Power said. “Hopefully, the good things they have learned about people and business and independence would be the best things we could have hoped to have done. I think we’ve succeeded. In return we’ve had many hundreds of wonderful employees.” 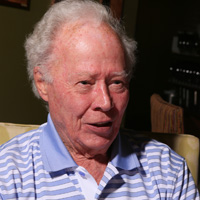 Mary Ellen and Tom Power don’t keep photos of the W&M-related celebrities who have eaten at The Cheese Shop or Fat Canary. Celebrities value privacy, Tom Power said, and they’d never think of pointing a camera at them.

Ellis, in fact, was in town recently for the 35th anniversary celebration of the W&M women’s soccer program. When the doors to The Cheese Shop were unlocked on a Saturday morning, Ellis was the first person in line.

She left with not one, but two sandwiches, telling the owners she just had to have a second one for later in the day.

It’s a sentiment with which everyone associated with W&M can identify.