“Cogito, ergo sum” – “I think, therefore I am” – is probably the most famous line ever uttered by a philosopher, and likely the only Latin some Americans know. So today, on what would have been the 419th birthday of René Descartes, the French philosopher and mathematician behind the famous line, William & Mary philosophy professors reflect on the man, his work and his relevancy.

Most agreed that they came across Descartes early in their philosophical studies, but it took far longer to deeply understand his thinking. Or, as Elizabeth Radcliffe put it: “Every newbie thinks she or he understands the ‘cogito’ argument from Descartes. I had no idea that there were so many questions that could be asked about the soundness and significance of that small argument until I studied Descartes as a student.”

W&M News: Do you teach Descartes?

Alan Goldman: I begin with him in my freshman seminar course here. There is no one better to introduce central topics in epistemology and philosophy of mind.

Elizabeth Radcliffe: Since I frequently teach our course in 17th- and 18th-century philosophy, I regularly teach Descartes, and I spend more time on him than on any other figure in the period. Descartes sets forth a method for doing philosophy inspired by his background as a mathematician, which is very interesting. It would be wonderful if we could get results in philosophy as certain as conclusions in mathematics!

I use Descartes in part as an example of a thinker caught in a difficult transition from medieval perspectives – which emphasized deference to church and other recognized authorities – to modern perspectives recognizing the importance of science and the ability of persons to think for themselves.

Descartes sets the agenda for discussions in the early modern period, raising questions about what the self is, whether it makes sense to recognize the existence of an immaterial mind in addition to a material body, whether we can make sense of mind-body interaction, whether the existence of God can be proven, how we can make sense of free will, whether we can genuinely know anything about the world outside the mind, and on and on. I present many of the important philosophers who come after him –Locke, Leibniz, Spinoza, Berkeley, Hume – as trying to reply to him.

W&M News: How do students respond?

Paul Davies: I sometimes assign his Meditations on First Philosophy (published in 1641) in my intro class. But because he is a pivotal figure, moving out of the medieval period and helping to initiate the modern period, his writings present a great interpretive challenge. Understanding his views is daunting.

Here is one example: Arguing for the existence of God, Descartes claims that some things have more existence than others. Existence comes in degrees. God has the highest degree of existence possible, angels have fewer degrees (though more than humans), people more than animals, and so on. The very idea that some existing things have more existence than others is foreign to our contemporary ears. No one today thinks my cat has a greater quantity of existence, or is somehow more real, than my coffee cup. But Descartes would have insisted that it does. And there are several other claims in Descartes' philosophy that are similarly bizarre to us.

So students find it very challenging, and many of them no doubt wonder why we are learning about ideas that no longer have any traction.

Elizabeth Radcliffe: Some of them love his philosophy and are eager to embrace his idea (from the Meditations) that a person is composed of two separate substances, a body and a soul, despite the fact that this view comes in for some heavy criticisms.

Other students think that Descartes's project of trying to prove rationally and with certainty everything he knows – including that there is a God and that he, Descartes, is made of two substances – is a failure. What I find overall is that students remember Descartes better than any other philosopher we study, and they're still referencing him at the end of the term.

W&M News: What about you and your research?

Alan Goldman: While there are few pure Cartesians these days, I still believe in a modified foundationalist theory of knowledge, and I am a modified dualist in philosophy of mind. Both these views derive from Descartes. 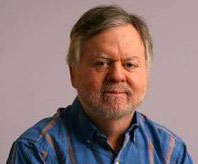 Elizabeth Radcliffe: I reference Descartes a great deal. I largely work with one of his lesser-known books, The Passions of the Soul. Descartes may be known as a philosopher who exemplifies rationalism, but his emphasis on reason gives him a special interest in explaining the emotions.

My research is centered on work in early modern motivational theory and its connection to contemporary theories of motivation. Descartes sees the passions not as emotive states with no content, but as mental states that unclearly represent things as good or evil to us, have effects on our physiology and can cause actions (sometimes bad ones). So, my fear of visiting the dentist is my unclearly representing the event as bad for me, but reason can give me a contrary, clear representation of visiting the dentist as a good thing. In that respect, reason and passion can be opposed in Descartes' theory. While I don't agree with the details of Descartes' theory of the emotions, I find it fascinating to study.

My research has mainly been on David Hume, an 18th-century Scottish empiricist, who disagrees with much of what Descartes has to say about reason, the self, knowledge, belief in God and the passions. It's interesting to know that Hume wrote his most famous book, A Treatise of Human Nature, while on retreat in La Flèche, France, where Descartes once lived. Hume frequented the Jesuit college and its library there, where Descartes had studied. I visited that school, which is now a military academy, and the library has a plaque in honor of Descartes hanging over an arch in the library, but there’s nothing honoring Hume!

Paul Davies: Descartes was undoubtedly a genius who made many terrifically important contributions to the rise of what we now call "science." Issac Newton, for instance, spent a good deal of time and effort trying to refute some of his theories. Descartes also worked to democratize knowledge by publishing not only in Latin but also in French, by writing what he hoped would be a textbook that replaced texts produced by medieval Scholastics, by writing books in which he tried to demonstrate how any person could acquire reliable knowledge, and so on.

Chris Tucker: Descartes continues to remind us that philosophical arguments are more fun than scientific ones. Science requires all these tedious experiments, and you are always waiting around for the results. Descartes shows us, however, that we can learn about important topics, such as knowledge, just by sitting around, thinking hard and using our imagination. Would you rather conduct your research over a petri dish or a beer? 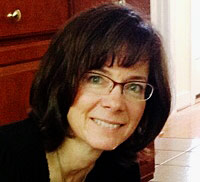 Elizabeth Radcliffe: Oh my, yes, Descartes is relevant. He raised quintessential questions still under debate about the nature of human beings and the nature of knowledge. His discussion of how to make sense of an immaterial mind that causes changes in a material body, and vice versa, is the touchstone for contemporary treatments of the mind-body problem in philosophy and neuroscience.

A lot of thinkers reject Descartes' dualism of two substances, mind and body (brain) that can exist apart from one another, but there are contemporary defenses of other, weaker versions of dualism. Physicalists in philosophy of mind think that mental states are simply brain states and nothing more, but property dualists allege that mental properties, like thoughts and emotions, depend upon the brain but are in fact different from physical brain states. The two are correlated, but not identical.

Many scholars argue that consciousness and understanding cannot be explained solely in physical or functional terms, that we need a theory that accounts for the way it feels to the person who is conscious. Some argue that what Descartes had to say about the way that thinking can control emotion is very important to debates in mental health. I'm sure that all neuroscience majors are very familiar with Descartes.

W&M News: What else?

Alan Goldman: Unlike contemporary French philosophers, he is a model of clarity and was the first modern philosopher. 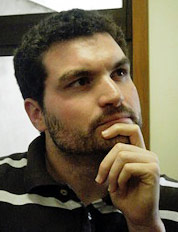 Elizabeth Radcliffe: After Descartes wrote his famous Meditations, he engaged in correspondence with critics over its contents. One of his more astute critics was Princess Elizabeth of Bohemia, who raised many tough problems for Descartes' views. Their correspondence is widely available, and I sometimes reference it in my classes. It's often said that classic philosophy suffers from a lack of women intellectuals, which is true. Princess Elizabeth is an example of a women philosopher from the 17th century who made a mark on an important debate and whom Descartes greatly respected as an equal.