Don Fergusson was a member of Sigma Chi and the men’s gymnastics team when he graduated from William & Mary in 1975 with a degree in business. He added a master’s degree from Northwestern University's Kellogg Business School then joined the company he was destined to run from birth.

Seventeen years later, he sold Rust-Oleum, the protective paint and coating company founded by his grandfather, a Scottish sea captain who invented the fish-oil-based product almost 100 years ago. Returning to school in California, he obtained another master’s – this one in spiritual psychology – and reinvented himself as an executive coach and developer of couples retreats. 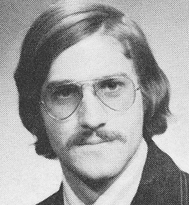 "I’d been so driven by accomplishment that I’d become more of a human doing than a human being," he recalled recently. "It dawned on me that I hadn’t stopped pushing and running since I was 16."

Music, Fergusson told himself, that’s where my heart lies. Never mind that he’d never had any instruction; he’d take a year off and start taking bass guitar lessons. What the heck; it would be fun, he thought. 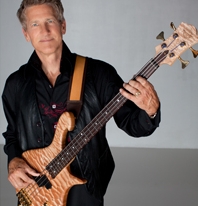 That decision has morphed into Fergusson forming two bands, traveling the world, recording in iconic studios and becoming as fully immersed in the music industry as some of the legends he grew up admiring. He has also moved into the final editing stage of an autobiography that's a roadmap to how he effected this remarkable transformation.

Fergusson’s second band – Vanaka, pronounced vuh-NAH-kuh, meaning "gratitude" – is on the verge of finishing its first album, tentatively entitled "Happy to Be." Eleven of the 12 songs are complete, and the group is in the process of making a video to go with the 12th. The collection is scheduled for a spring release.

"All it took was the courage to step up and do it," he said.

While taking lessons, Fergusson met two professionals who offered to create the rock-and-roll fantasy of a lifetime: If they worked together for six months, the musicians would get them studio time at Abbey Road and a gig at the Cavern Club, both made famous by the Beatles.

Fergusson's wife, Stacey, who had been writing down song lyrics since she was a teen but lacked the confidence to perform in front of an audience, shattered the initial euphoria and said she was only willing to take video of the band. Then family friend Jon Payne, a professional musician, put his arm around Fergusson and asked, "Have you ever done a live gig before?"

"And I just looked at him like, 'No, what’s your point?'" Fergusson recalled with a smile. "Of course, I realized that this was really insane. So I kind of let it go, figuring we weren’t going to do this. But the next morning, Stacey said she’d been up all night thinking about it.

"'I’m going to sing, you’re going to play bass, and this is going to be a great opportunity,' she told me,' Fergusson said. "Sure enough, she hired three singing coaches, I found a bass coach, and we just stepped into it."

For six months they rehearsed a 50-minute set of their favorite tunes by the Beatles, Rolling Stones, Sheryl Crow and Tom Petty. Meanwhile, the Fergussons even wrote a song, aided by the band.

Once in London, Fergusson’s band – The Ride – recorded their song at Abbey Road, enjoyed a three-hour lunch with John Lennon's sister in Liverpool then performed at the city’s Cavern Club. 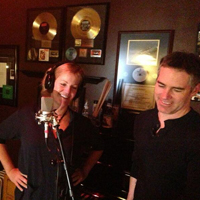 It would have been more than anyone could have asked for had it ended there. But immediately after their performance at the Cavern Club, the band saw Paul McCartney in concert. The next day, the group received a back-stage tour of the Cavern Club and received tickets for a private show featuring Denny Laine – the original guitarist in McCartney's band Wings.

"It was an incredible life experience," Fergusson said. "Being able to write a check to rent Studio 2 at Abbey Road (where the Beatles recorded)  made a difference, but there was also the element of courage to stand up and say, 'OK, I don’t know what I’m getting myself into, but let’s go.'"

Since the London/Liverpool experience, Stacey Fergusson learned bass guitar and plays in an all-girl band called Midnight Mynx, composed of other women who were pursuing long-held dreams in mid-life. Now they have a song on iTunes that she wrote – "Someday is Today" -- and have become one of the most popular bands in the Fergusson's hometown of Santa Barbara, California.

And then she started writing the songs Vanaka is recording now. Collaborating with her is J.R. Richards, original lead singer and writer for Dishwalla, best known for the Billboard No. 1 hit, "Counting Blue Cars." Several other friends from Santa Barbara, including eminent guitarist and Vanaka co-founder Jon Payne, have been invited to perform on the album.

"I wrote songs for each band member and our guest artists to sing, reflecting their unique talents and their own personal values," said Stacey Fergusson. "Lyrics are important to me, and I write them from my own life experiences and learning, with the hope of inspiring whoever listens to the songs."

Constructing the album is a who's who of behind-the-scenes professionals. Richards is producing. Mixing the album is Brian Scheuble, engineer for Elton John, Ringo Starr, John Mayer and Sheryl Crow. 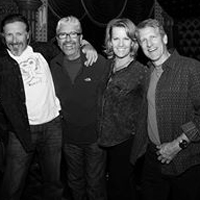 Luis Conte, a world-renowned conga and timbale player who tours with James Taylor, Madonna, Eric Clapton and Elton John and has been named percussionist of the year every year since 2007, has performed on two songs. Fergusson is working to secure an agreement from another surprise vocalist or two that could be announced very soon.

Stacey Fergusson's predisposal to write songs reflecting her life experiences is evident in "Silver Girl," dedicated to her friend, Hollye Jacobs, who was diagnosed with breast cancer at the age of 39.

The song has a Celtic feel. That, combined with Don Fergusson’s desire to honor his Scottish heritage, led Vanaka to travel to the Highlands of Scotland to shoot a music video that will be released shortly. (See the exclusive preview above).

"The song and its message deserved a classy treatment," Fergusson said. "I wanted the video to be so stunning, it would hopefully go viral to reach and inspire as many as possible.

"I’m in 'Legacy Phase,'" Fergusson continued. "I’m grateful for the opportunities, challenges, learning and experiences of my life, and this is one way I can give back to others. Music has the ability to console them, inspire and uplift them. Stacey writes songs that reflect our learning and life philosophy, so they can be like four-minute coaching sessions. These are songs with great lyrics and melodies you can be grateful to have stuck in your head."

An assist from William & Mary

Although it has been nearly 40 years since Fergusson left the university, he looks back on the liberal arts education he received and acknowledges that it has helped him navigate a very unusual life's path.

"Though I majored in business, I also chose to take a lot of English literature courses, which forced me to learn how to write well and how to communicate ideas well," he said. "As it turned out, that was a very critical skill I needed in business – and in life – that often isn’t taught or emphasized in business schools. 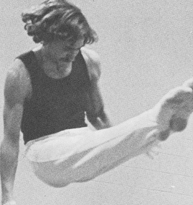 "Gymnastics taught me courage, perseverance and how valuable it is to show up with individual skills as part of a team. It also gave me the confidence to perform in front of a crowd."

One of Fergusson's favorite courses was the history of fine arts, which gave him an appreciation for art and the longevity of art, and helped put into perspective what he and Vanaka have undertaken.