The first former William & Mary student killed in battle was John Fenton Mercer on April 18, 1756, after being ambushed by American Indians in a desolate part of what is now Hampshire, W.Va. It happened during the French and Indian War, which occurred between 1754 and 1763.

At least that's what author Wilford Kale ’66 believes and, after a dozen years or so of research, he presents a compelling case.

Kale is telling the story of Mercer’s death as part of his new book, still in the writing stage, to be entitled, The Student Is Converted Into the Warrior: A Military History of William & Mary. The book will be the final piece of his W&M trilogy. Previously, he has authored Hark Upon the Gale: An Illustrated History of the College of William & Mary, and Goal to Goal: 100 Seasons of Football at William & Mary, co-authored by Bob Moskowitz and Charles Holloway.

The title of the book comes from a January 1781 letter from Bishop James Madison, president of William & Mary, to his cousin, James Madison, who would go on to become president of the United States. Penned just before the climactic events at Yorktown, Madison wrote that the College had become a desert, the faculty had left and the student had been converted into a warrior. 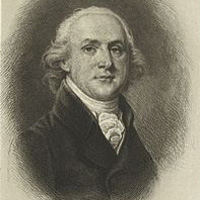 As for Mercer, here is his story, meticulously recreated by Kale. His father, John Francis Mercer, was a famous colonial attorney and politician who was a delegate for Virginia to the Continental Congress in 1783 and 1784. He also was a Maryland delegate to the Philadelphia Convention of 1787, but resigned before signing the Constitution.

Three of Mercer’s sons attended William & Mary. John Fenton, the youngest, was here in 1751, according to a provisional list compiled by Earl Gregg Swem of alumni, students, faculty, Board of Visitor members, and others at the College between 1693 and 1888.

Kale found a letter dated 1756 from George Washington to Mercer, by then a captain in the Virginia volunteer regiment Washington commanded, assigning him and about 100 men to Fort Edwards, 20 miles or so from Winchester, then the western-most outpost of the colonies.

On the morning of April 18, Mercer received word that a band of Indians – who at the time were fighting on the side of the French – had attacked a gristmill. Mercer and between 40-60 men (the true number hasn’t been ascertained) took off in pursuit.

When they arrived at the mill, they found a “trail” of meal and followed it, thinking they were chasing a small band of American Indians and that one of the bags must have broken and leaked.

In a valley near the Great Cacapon River, however, Mercer and his men rode into an ambush. Taking crossfire from front and rear, he was killed, as were a lieutenant and 15 men.

Several years later, the leader of the American Indians, Bemino – known as John Killbuck – was reported to have said that he had about 100 men with him, that they deliberately left the trail of corn meal, and that many of Mercer’s men scattered into the woods but were hunted down and killed. According to Bemino, only six soldiers escaped.

Kale also discovered two accounts of the battle – also known as “Mercer’s Massacre” – in 1756 editions of The Maryland Gazette. The first reported that a Lieutenant Rutherford had contacted the paper about the death of Mercer and men about a mile from Fort Edwards.

The second stated that the paper had received a letter regarding the death of a Thomas Crisp (or Cresap, the paper spelled it both ways) by the same Indians responsible for the deaths of Captain Mercer, his lieutenant and men.

Kale knows that Mercer’s body was recovered, but can only speculate as to where he was buried. He assumes that it was near the site of the battle.

An interesting sidebar to the story is that Lt. John Lomax, another William & Mary student, was under Mercer’s command. Following the Battle of Great Cacapon, Lomax was brought up on court martial charges because he didn’t leave the fort and come to Mercer’s aid. During his trial, however, evidence and testimony found him “not guilty of any neglect of duty nor want of courage.” Lomax had been commanded to remain at the fort and had only followed orders.

How does Kale know that Mercer was the first W&M former student killed in battle? He admits that he can’t be 100 percent positive and that “if somebody else has another ancestor, or knows of another – hallelujah – I'd love to know it.”

But Kale said that, using Swem’s guide, he spent years researching William & Mary students and alumni of the era, and can find no other person who might be the first. He added that, at the time, there were likely no more than 50 or 60 students at the College, and that he was able to find that many of them left school then came back and finished their studies.

He also pointed out that several laws had been passed by the House of Burgesses exempting William & Mary students, faculty and administration from being called to militia duty – and that those laws remained in place through the Revolution.

“So these kids volunteered,” he said.

Kale started the project with a sponsor and the endorsement of S. Dean Olson, former W&M director of publications. His interest waned when both the sponsor and Olson passed away, only to be revived when he decided to obtain a master’s degree from the University of Leicester in England.

The military history of William & Mary became the topic of his thesis. The degree work was completed in 2010, and Kale has continued researching and refining that subject to turn it into a book.

“There are things you'd love to know, like what did he study at William & Mary?” Kale said. “What were his intentions? Did he intend to return to William & Mary after the war? We’ll never know, and I’m sad about that.

“What we can be sure of is that he must have been a man well-trusted by George Washington. Washington didn't have a lot of chumps on his staff. He’s a commander of this voluntary militia regiment. He's not going to send – in my view and after a lot of studying and research – a captain out with 100 to 150 men unless he trusted him.”