William & Mary professor of Educational Foundations Bruce Bracken received a 2012 Lifetime Achievement Award from the University of Georgia during that university’s College of Education's Fall Dinner Celebration on Friday, Sept. 14.

Bracken obtained his Master’s and doctorate from Georgia in 1977 and 1979, respectively. The award was given for his significant contributions to the field of school psychology and educational psychology in a variety of forms.

“I was more pleased than you could imagine,” Bracken said. “I was proud to receive my Ph.D. from the University of Georgia, but I was more pleased that they were proud of the degrees they conferred. You want the institution that granted your degrees to be proud of you; you naturally strive for that. I wanted my major professor to know that he did something well. By receiving this award, it’s confirmation that my professors in school psychology did a good job; the credit is theirs. It was exciting to have been selected for this honor.” 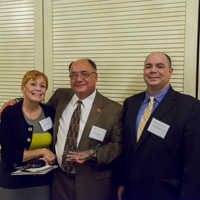 He co-founded and is co-consulting editor of the Journal of Psychoeducational Assessment, and sits on several national and international editorial boards in psychology and education.

He co-edited the Psychoeducational Assessment of Preschool Children-Fourth Edition, edited The Handbook of Self-Concept, and authored the Bracken Concept Development Program and co-authored the Essentials of Nonverbal Assessment.

"Bruce Bracken has been a leader in early childhood, special education, and gifted education as well as school psychology, the area in which he was trained,” said Dr. Joyce Van Tassel-Baska. “His work in assessment, which directly impacts the work in all those fields, ranks him at the very top of experts.  He has contributed so much to the lives of so many students by his attention to alternative ways of uncovering intelligent behavior and to the lives of their teachers as well in providing user-friendly tools to assess learning potential and actuality.

“I am proud to have been his colleague and co-principal investigator for more than a decade at William and Mary and to see close-up how his work impacted the growth of graduate students in our programs."

“On a more personal level, Bruce is the mentor for the junior faculty members in the School of Education.” 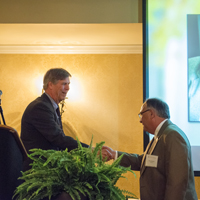 “I think the lifetime achievement award is probably the one form of recognition I’m most proud of,” Bracken said. “It’s the most recent and meaningful because it comes from an institution I cherish, but there have been a couple of other awards that stand out as being significant and meaningful to me. For example, Division 16 of the American Psychological Association bestowed on me its Senior Scientist Award. With the APA, if you’re in top five percent, you might be elected as a fellow. I am a fellow in two divisions. To win the Senior Scientist Award is a very meaningful accomplishment.

“Another award that surprised me – I didn’t even know I was being considered for it – was the American Educational Research Association’s charter fellow status. I am the only person in the School of Education at William & Mary who was elected into charter fellow status. To be a charter fellow in AERA was a significant accomplishment.”
Bracken’s interest in non-verbal intelligence testing began when he was a professor at the University of Wisconsion- Milwaukee. He began receiving phone calls from psychologists in the field stymied as to how to fairly assess the intelligence of immigrant Cubans who had been brought to this country by a local Lutheran church. At the same time, a colleague of his in Mississippi was receiving the same types of calls regarding Vietnamese immigrants working in the shrimp industry.

“He and I talked and thought that what the field needed was a good non-verbal intelligence test, one that would not require any language to administer, where psychologists could get a sense of children’s intellectual functioning without them having to process any English, speak any English, or think and problem solve without English,” he recalled. “So we developed the Universal Non-Verbal Intelligence Test. That UNIT is administered in a 100 percent non-verbal fashion. Psychologists administer the test with pantomimed directions demonstrations, and sample items; the kids pick up what is expected of them right away. The UNIT removes all of the variants in cognitive functioning associated with language and puts no child at a disadvantage, regardless of their dominant or natural language.” 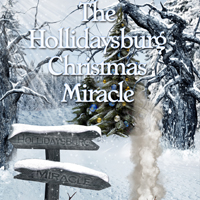 That was in 1998 and since the test is being used across the United States and in many other countries.

Bracken currently is working on five new tests and says, “I’ve got the next 10 years or so planned out!”

Bracken’s first novel, “The Hollidaysburg Christmas Miracle,” has been published and will be available in time for the Christmas season.