by Staff |  November 4, 2011
Kevin Young, one of the leading poets of his generation, will present his work at the Muscarelle Museum of Art on Thursday, Nov. 10, at 7 p.m.

Young’s appearance, part of the 2011-2012 Patrick Hayes Writers Series, is free and open to the public. A reception and book signing will follow his presentation.

Young, 41, is the author of six books of poems and editor of five others. His work has been frequently featured on National Public Radio and in The New Yorker, Ploughshares, Kenyon Review, Callaloo, and other journals and anthologies, including the “Best American Poetry” 2008, 2009, and 2010.

Young often finds meaning and inspiration in African American music, particularly the blues, as well as in the complexities of American history and heartbreak. His latest collection of poems “Ardency: A Chronicle of the Amistad Rebels,” was published in January 2011. A chorus of voices tells the story of the Africans who mutinied on board the slave ship Amistad. 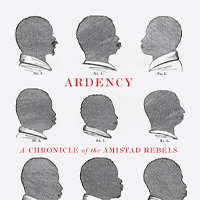 “Library Journal” said, “Writing in blues rhythms, Young achieves a hypnotic effect with repetition, puns, shifts in syntax, ellipsis, and use of the vernacular. Ultimately, his retelling becomes an eloquent examination of slavery as it's felt in the human soul. Highly recommended.”

His most recent anthology is “The Art of Losing: Poems of Grief & Healing,” published in March 2010.

“Booklist” proclaimed, “Young . . . puts on his editor's hat, one he wears well in previous anthologies dedicated to blues and jazz poems as well as here in this unique and invaluable gathering of contemporary poems of grief and healing. . . the poems are as diverse and universal as the emotions of loss.” 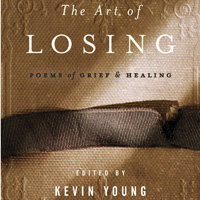 The late poet Lucille Clifton selected Young's first book, “Most Way Home,” as part of the 1993 National Poetry Series. Young has been the recipient of numerous awards and fellowships, including a Stegner Fellowship in Poetry at Stanford University, a Guggenheim Foundation Fellowship, a NEA Fellowship, and a MacDowell Colony Fellowship. In December 2009 he was named the United States Artists James Baldwin Fellow.

He is currently Atticus Haygood Professor of Creative Writing and English and Curator of Literary Collections and the Raymond Danowski Poetry Library at Emory University.