Photo - of -
by Jim Ducibella |  January 29, 2010
William & Mary’s professional schools are in sync with the College’s liberal-arts mission and philosophy.

So opined three distinguished faculty members, one from law, business and education, on Jan. 25th during the third installment of a series of conversations regarding what it means for William & Mary to be a liberal arts university.

The topic is tied directly into the College’s ongoing strategic planning effort. Previous campus conversations addressed topics such as whether a liberal arts university was even possible and what was the right blend of teaching and research at William & Mary. The latest panel, moderated by Provost Michael R. Halleran, focused on liberal arts disciplines and their relationship to professional programs.

“One important aspect of W&M as a leading liberal arts university in the 21st century is the role of the professional schools,” Halleran stated in inviting the campus to the forum.  “Our strategic plan states as one of its goals “to embed the core values of the liberal arts education in all parts of the university-undergraduate, graduate and professional.”  What does this mean in practice? Looking to the future, how do we take best advantage of W&M’s mix of liberal arts and professional programs?” 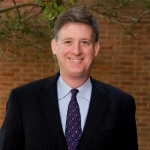 Meese argued that many of the values that characterize a liberal arts university are “part and parcel” of the Law School’s educational format. Among them: the ability to analyze texts; the ability to make an argument and make a persuasive case; deep intellectual engagement, and learning from a breadth of areas and from different modes of inquiry.

Geary explained that business curriculum is centered on building relationships within the W&M learning community to create an educational environment that is diverse.

“Liberal” and “multi-disciplinary” capture a similar spirit, Geary said. The Business School refers to such endeavors as “diversifying their (students’) portfolios.”

Eddy added that, technically, while liberal arts and professional schools may seem at odds, a comparison of the traditional definition of a liberal education and the tenants of W&M’s School of Education paint a different picture.

“These objectives align with those outlined for a liberal education,” she said, pointing to a framework that incorporates (becoming a) content expert, reflective practitioner, educational leader, and effective collaborator.

The panel decried what Meese called the “silo” effect that permeates any campus, including W&M.

The law professor suggested several ways to fuse interdisciplinary teaching and research. Among them: assign each new faculty member a mentor from a different (but related) discipline; encourage related units, such as law, public policy, government and economics to cross-list working papers, post them in a central location and coordinate workshop schedules; broadcast scholarly lectures or panel discussions live throughout the university.

The panel, with substantial input from the audience, spent considerable time on a fundamental issue: whether the suggested term ‘’liberal arts university’’ is W&M’s most effective marketing description.

“When you do Google search on liberal arts universities, sometimes you’re only as strong as the company you keep,” said Associate Provost for Enrollment Earl Granger, ’92, M.Ed. ’98. “In terms of who we compete with, given our size, it does make us unique. But we have to be mindful of the nomenclature we use to talk about this great institution.”

According to Halleran, the term is “robust” for internal discussions and “actually fits pretty well what we do and why we came up with it last year.” It came out of the strategic planning process and distinguishes that William & Mary blends the very best of a world-class liberal arts College and a top-notch research university.

However, the provost agreed there is some question whether the phrase won’t need “footnotes” to be fully understood by those outside the College. He asked whether W&M’s place as one of the original “Public Ivies” was a more appealing tagline for external audiences or if we should consider some combination of the two phrases.

Meese had no issue with using liberal arts university. 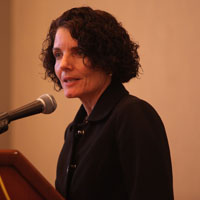 “Liberal arts defines a certain type of college that is on the decline and focuses on small, undergraduate programs,” she said. “Merely tacking on ‘university’ to the goal does little to ameliorate the image formed.

“An alternate rallying cry should be sought to be more inclusive.”

And so the conversation continues.

The fourth installment of the campus series will feature Martha Nussbaum, the Ernst Freund Distinguished Service Professor of Law and Ethics at The University of Chicago Law School. An acclaimed author and eminent American philosopher, Nussbaum will discuss “Liberal Arts Education and Global Citizenship.” The session, which is open to the public, will be held at 4 p.m. Feb. 5 in room 150 in Millington Hall.