Six William & Mary students convened last September and decided that they wanted to leave their mark on the College, enhance the visibility of the Department of History, and offer students an opportunity to have their research published.

The result was the first-ever James Blair Historical Review, distributed on campus in early May, and funded by the College’s Publications Council.

The six, all 2010 graduates, formed the vast majority of the Review’s editorial board: Editor-in-Chief Emilie Raymer, Managing Editor Amy Limoncelli, Business Manager Patrick Kirby, Publicity Manager Elizabeth Sargeant, and Layout Editor Christopher Consolino. According to Raymer and Limoncelli, Submissions Editor Lydia Blackmore may have been the most essential staffer, for she kept track of the grading of 70 submissions, substantially more than was anticipated.

“It was quite a process we had to go through, but we were very happy,” said Limoncelli, who also was president of the W&M chapter of Phi Alpha Theta, the History Honor Society. “People were allowed to submit more than one (paper), but we said only your highest work would make it. We got some great feedback, we really did.”

All submissions were limited to 5 -20 pages, had to be previously unpublished, and had to conform to Chicago style guidelines. Preference was given to original research.

The 70 entries were subjected to a “triple blind” review process. Only one person on the board knew the names of the authors. Random numbers were assigned to each piece before they were distributed to the peer reviewers. A rubric was established for submission grading, and only after a semifinal list of 10 was culled to the final five were authors’ names revealed. 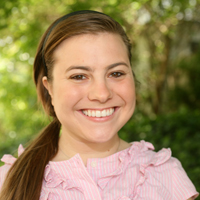 “The initial sorting was very full of work that the students should be proud to have produced,” Raymer said. “Everything was pretty high quality. The peer-review committee did a good job of scoring; we had a meeting where we had a sample article to which we applied our rubric. Afterwards, we talked about the process by which we scored. I think it was pretty consistent and pretty fair.”

•  Limoncelli’s “The Field of Cloth of Gold: Henry VIII’s Display of Princely Magnificence”

•    Nicole Lindstrom’s “Insurrections and Independence: How the Gunpowder Incident Thrust British and Afro-Virginians into the American Revolution”

•    Anna Storm’s “Black as an Indian and Dirty as a Pig: The Unexpected Perseverance of Female Hospital Workers during America’s Civil War”

“We had thought about having a theme,” Limoncelli said. “In the end, we decided with this being our first shot we’d just  see what we’d get. What we really liked was that the five final pieces were very much varied in terms of time period and region. They represent the variety of history to this region.”

Raymer said the publication helps bridge any gap between the W&M chapter of Phi Alpha Theta and other universities that produce a journal.

“I thought we were at a really big disadvantage at W&M not having a history journal when other history students were having the opportunity to publish and get recognition,” she said. “I thought it was important that students have the opportunity to see work they had pursued published. And I think it opened a really important dialogue within the history department and the university community about historical issues.

The inaugural publication was distributed all over campus, andhas recently become available on-line at http://hdl.handle.net/10288/2095. The new editorial board – already chosen – hopes to implement complementary photos, graphics and other art in the 2011 edition.

“Now that the groundwork has been laid, I think it’s a great thing to do,” Limoncelli said. “I think it’s something that will catch on.”