Photo - of -
by Staff |  October 8, 2010
Mark D. Jordan of the Harvard Divinity School, winner of the 1999 John Boswell Prize for lesbian and gay history, will present the John Boswell Memorial Lecture on Friday, Oct. 22, at the College of William & Mary’s Washington Hall, Room 201.

The lecture runs from 5 to 6 p.m., with questions and answers afterward and is free and open to the public.

Boswell ’69 was a noted historian of medieval Europe and sexuality at Yale University.

“He was one of the pioneers of what we now call gay and lesbian studies,” said Suzanne C. Hagedorn, associate professor of English and Acting Director, Program in Medieval and Renaissance Studies. “He was ahead of his time.

“In addition to being a really important figure in gay and lesbian scholarship, he was known as a good, caring, and supportive teacher.  Now in 2010, his work on homosexuality and Christian thought is renowned.” 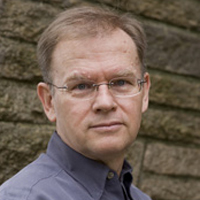 Jordan, who taught at Notre Dame and Emory University prior to joining Harvard in 2009, will focus on “How Christians Began to Talk about Homosexuality.” His interests include Christian ethics of sex and gender, the limits of religious language, the rhetoric of theology, and the ritual creation of religious identities.

His 1999 book “The Invention of Sodomy in Christian Theology,” was awarded the John Boswell Prize for lesbian and gay history.

“One of the reasons we thought it was appropriate to invite Mark Jordan is that like John Boswell, he has a distinguished reputation as a medievalist apart from his work in gender and sexuality studies,” said Hagedorn. “His most recent books have related to the ethics of sex, law, and same-sex unions. He’s been active in furthering the type of scholarship that John Boswell started.”

The Boswell Memorial Lecture Series alternates between medieval and non-medieval topics in the history of sexuality. The series was originally founded by W&M GALA (Gay and Lesbian Alumni) and Boswell family members, and has recently been fully endowed.