A William & Mary alum has a guest shot on a popular detective television series Monday night.

Lintelman, a curatorial project assistant at the Smithsonian's National Museum of American History in Washington, D.C., will be interviewed as an expert scholar by the show’s Gwendolyn Wright regarding a piece of motion-picture film that could be the earliest example of film with a soundtrack. The man who purportedly made the film was Eugene Augustin Lauste. An American Studies major at the College, Lintelman has been working to catalog and research the museum’s collection of material related to the practically unknown Lauste. 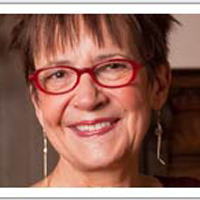 Lintelman credits not only his education at the College, but the intense personal interest shown in him by his professors – especially Charles McGovern – for his career taking such a gigantic first leap. McGovern, who previously worked at the museum, wrote a letter of recommendation that helped Lintelman receive summer internships with the museum's Photographic History Collection in 2007 and 2008 which led to a temporary research positon. He is currently working with the Military History collections.

During his time with the Photo History collections, he completed a full survey of the museum's early cinema collection and later focused on the museum's Mutoscopes, a peep show-style movie viewer that was among the earliest methods of viewing films. Lintelman determined the titles, dates, and credits for each of the movies, in the process discovering several "lost films" - those that no longer exist anywhere else in the world.

“Once I was at the museum, I was amazed how often I had to draw on seemingly unrelated skills and knowledge from classes as different as ‘American Religious History,’ ‘Thoroughly Modern Manhood,’ and ‘Vernacular Architecture,’ ” Lintelman said. “Having a liberal arts education and a strong writing background has really allowed me to succeed in the real world.

“I also enrolled in the National Institute of American History and Democracy's collegiate program, an awesome course of study which exposes William & Mary students to a broad range of historical methodologies, including museum studies, archaeology, architectural history, and even on-the-ground history-making at Colonial Williamsburg. My certificate in early American history, museum studies, and material culture from NIAHD - only possible at William & Mary - gave me a leg up.”

Lintelman's television cameo came about after the museum received a call from a “History Detectives” producer who had been contacted by an antique dealer. The dealer had purchased the piece of film at a flea market in New Jersey, and wondered whether he had stumbled onto a rare cinematic jewel.

To help the show determine the answer, Lintelman gave the crew a tour of the Lauste material, explained to them the technology, and showed off Lauste's experimental camera and projector. He also showed them a 1913 piece of film made by Lauste in the backyard of his home in the London suburb of Brixton that turned out to be very similar to the snippet they were investigating.

Lauste is a forgotten man, Lintelman said, even among film historians. But he has a fascinating life story.

He worked at Thomas Edison's lab, where he learned about motion pictures from William Kennedy Laurie Dickson, the man responsible for the medium's invention in America.  Lauste left to work for two other motion picture pioneers, Otway and Grey Latham, and helped to build one of the first successful movie projectors, the Eidoloscope.

Afterward, he rejoined Dickson and managed the French subsidiary of his American Mutoscope and Biograph Company, a major early film company. This promising career fell apart because of personality issues, however, and by 1910, Lauste was on his own, tinkering in his London home to solve the problem of synchronized sound on film.

Lintelman says that, although his solutions showed great mechanical genius, Lauste was in many ways ahead of his time. Without two inventions that proved crucial to the later successful soundtrack processes -- photovoltaic cells and vacuum tubes -- Lauste's machines couldn't reproduce sound accurately or amplify soundtracks to fill an entire room.

“His system would have made each movie viewer hold a telephone earpiece while they watched a film to listen to the soundtrack!” Lintelman said. “Adequate speakers would not exist until the 1920s.”

Lauste's other problem was that he was unable to communicate effectively in English. He was born and raised in France, and according to Lintelman, never seemed to apply himself to learning the language although he worked the rest of his life in England and America. He feared that people were taking advantage of him, and never became a successful fundraiser for his continued experiments.  Although he was very close to securing a large investment from two Englishmen in 1914, they both joined the British army and were killed early in World War I, and the British government shut down Lauste's lab to ration the metals and supplies he was using.  He never reopened the lab, and stopped working on motion pictures.  Bell Laboratories acquired his prototypes and film collection for use in copyright litigation, giving Lauste a yearly pension until his death in 1938.

So did the “Detectives” have the earliest example of film with a soundtrack?

“I actually don't know what their final decision is, I only provided historical background,” Lintelman said. “We’ll all have to watch the show!”