Charles “Chuck” Williamson ’21 thought he was going to be in the Army for longer.

“Getting out was one of those things where I didn’t have a good idea what I wanted to do,” he said. “I thought I was going to be in for a lot longer and I’d have more time to figure it out.”

After enlisting in 2014 right out of trade school, Williamson served in the infantry with the 3rd Brigade 10th Mountain Division as part of the scouts and reconnaissance section. His service took him all over the country and across the world. 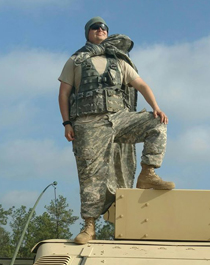 His experience in the military led him to declaring a government major.

“It just played into a lot of what I know and what I’m interested in and what I’m good at,” he said. “I was very much a classical studies person in high school.”

Going from high school to trade school to the military to back to being undergraduate was a unique experience for Williamson.

“I call it Freshman Year A when I was in upstate New York going to the Albany College of Pharmacy and Health Sciences when [I] was fresh out of high school,” he said. “Now, I come back slightly older than everybody else."

Although his non-traditional status gives him more experience than many other students at the university, Williamson remains humble.

“I see a lot of parallels between what my group and everybody was going through when I was in undergrad freshman year to now,” he said. “It’s different with perspective.” 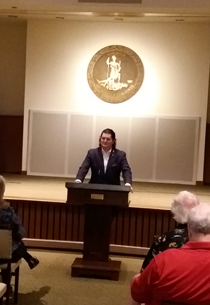 “From what I’ve seen, the veterans stick together, which is good. But support is very good and getting better with the faculty,” he said.

Williamson continued by saying he was surprised by how many faculty either have had military experience or are connected to someone who does, a fact he finds warm and welcoming.

Outside of W&M, Williamson is involved in several writing projects through the Virginia War Memorial Foundation, including “The Mighty Pen,” which “generates, preserves, shares, and honors stories written by military veterans and those touched by their service,” according to its website. The writing seminar, offered every semester, is operated by W&M alumnus David L. Robbins ’76, an author and professor at Virginia Commonwealth University.

Williamson said that Veterans Day is not only in the W&M community, but beyond the confines of campus.

“It’s an opportunity for fellowship (because) it’s a group of people united by a singular experience,” he said.