The United States boasts the highest rate of religious affiliation of the world’s developed nations, yet many Americans are uniformed about the tenets, practices, history, and leading figures of major faith traditions – including their own – according to the Pew Forum’s 2010 “U.S. Religious Knowledge Survey.” On tests taken by American high school seniors, half identified Sodom and Gomorrah as a married couple. 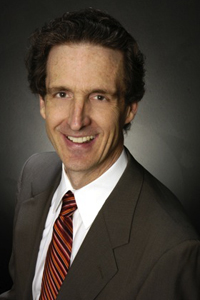 To help people understand religions better, two William & Mary professors have written a new book, The Religion Toolkit: A Complete Guide to Religious Studies, published by Wiley-Blackwell.  In it, authors John Morreall and Tamara Sonn explore the major and minor religions of the world, from Islam and Judaism to Scientology and Wicca. They also trace the history of the study of religion, and explain the difference between studying a religion academically and learning a religion as one of its members. The introductory text provides a road map for students new to the field of religious studies.

Prepare to be surprised

Religion, when studied through a global lens, is remarkably diverse. Chapter One, “Prepared to Be Surprised,” explores the beliefs and practices humans hold sacred. The World Christian Encyclopedia counts 10,000 religions in the world, many of which are sub-divided. Christianity, for example, has 9,000 denominations and 34,000 sects, said Morreall.  The diversity within some religions is so extensive that religious studies scholars no longer use terms like “Christianity” or “Judaism.” 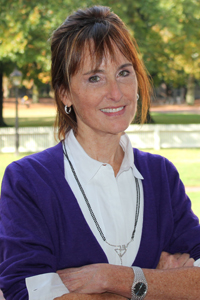 “Instead, they talk about ‘Christianities,’ or ‘Judaisms,’ ” Morreall said.

Another surprise Morreall and Sonn address in the first chapter is how different learning about a religion is from learning a religion.

In learning a religion, people are taught traditions; they are trained to follow certain beliefs, rituals, and values. Religious Studies, introduced by 19th-century German scholar Max Muller, is the term used to describe the academic study of religious beliefs, practices, and institutions. Study of the field mixes anthropology, sociology, psychology, philosophy, history, and even economics.

“When you’re studying your own religion, you’re usually being taught what’s good or bad, right or wrong,” said Sonn, the Kenan Professor of Humanities and Religious Studies at the College. “In the academic study of religion, you study what is considered good or bad, or right or wrong, in various contexts throughout history, across time, through different cultures; but you don’t advocate for one, or argue in favor of one against another.”

The Use of Humor

Religion, for many people, is a set of values deeply rooted in one’s personal identity.

“Religion is the most personal aspect of anyone’s life,” Sonn said. People generally receive their religious training from family members, she explained.  Scrutinizing those cherished values can cause all sorts of internal difficulties for students who may not have had a critical look at world traditions.

“Teaching religion courses is very difficult because most students come in with a religion they consider to be true,” said Morreall.  “So, if you talk about a very different religion, they may not recognize it as a legitimate religion.”

Many students also have significant preconceptions of religion. For example, Morreall says there are groups in the U.S. who teach that Roman Catholics are not Christians.

“So, when I have a student (in class) who’s been taught that Roman Catholics are not Christians, I’ve got a lot of warming up to do to loosen that student up,” he said.

To help students think more openly, humor is incorporated throughout the Religion Toolkit. Each chapter in the book begins with a New Yorker cartoon and a critical quote from a major religious figure, such as Bishop Desmond Tutu:

Morreall is an internationally recognized specialist on humor and a founder of the International Society for Humor Studies. He has authored five books on humor, including the 2009 Comic Relief: A Comprehensive Philosophy of Humor.

“Humor is the one of the best ways to get people to loosen up, relax… and think outside the box,” he said.

Sonn, who specializes in Islamic Studies and Theories of Religion, also approaches her classes with a keen sense of humor.

“I always tell them (my students) that I would find it much easier to teach nuclear physics, or quantum mechanics – something where there are answers and no one takes (them) personally,” she joked.

“This text is, to my knowledge, the first Introduction to Religious Studies that incorporates the cutting-edge discussions going on in the Academy about what constitutes religion, and whether the category religion is suitable for any tradition other than modern Christianity,” Sonn said.

In their book, Morreall and Sonn trace the scholarly quest to understand what religion is, which is made even harder by the fact that many languages have no word that means the same thing as “religion” in English, Sonn explained.  Scholars are not even sure where the term “religion” came from, she added.

Western scholars may not agree on exactly what “religion” means, but the majority acknowledge that there is a sacred sphere of life – encompassing supernatural beings, rituals and values – and a secular, public sphere, which includes politics and economics, Sonn said.

“In modern Christian society, there has been a distinction between those spheres,” she said. “If we define religion that way, then we can only look to modern Western Christianity. Other traditions do not make that distinction.”

Although in the public sphere, there may be a vast increase in the number of reindeer on display as opposed to angels and wise men, Sonn predicts the global economic meltdown will cause an uptick in the importance of religion and local religious leaders. She says people will seek counsel and guidance to deal with the struggles of financial turmoil.