The Muscarelle Museum of Art will host the exhibition “The Adjacent Possible” from Aug. 27 through Sept. 27. 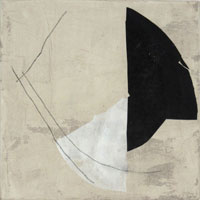 , Stefan Chinov, Jaynie Crimmins, Sara Dochow, Diane Englander, Pamela Farrell, Karen Fitzgerald, Helen O’Leary, Lorraine Tady, Jo Volley and Susan York, according to museum officials. The 12 invited artists make work that moves back and forth between two and three dimensions. Some are painters who work three-dimensionally, while others work in and across dimensions and media.

Exhibition curator Elizabeth Mead, William & Mary professor of art and art history, will conduct walking tours of the exhibition on Sept. 6, 13 and 27 at noon.

{{youtube:medium:right|S8YMOKJNLlY, "The Adjacent Possible" at Muscarelle Museum of Art}}

The Muscarelle will feature the exhibition “1619/2019” from Nov. 6 through Jan. 12. As a contemporary response to the 1619 commemoration in Virginia, the show will feature artworks from African American and Native American emergent and established artists in a variety of media. This exhibition marks the 400-year anniversary of the arrival of the first documented African enslaved people in Colonial Virginia, which was part of the greater narrative of slavery in the Americas and helped to set into motion the ongoing repercussions of this historical event, according to museum officials.

For a full schedule of lectures, Art Film Fridays, music in the galleries, Muscarelle Reads, workshops and other events, visit muscarelle.wm.edu.

“Portraits and Characters, Tales and Songs” featuring works by Michael Ananian will be exhibited at the Andrews Gallery in Andrews Hall from Sept. 5 through Oct. 3. Ananian is a professor of art at the University 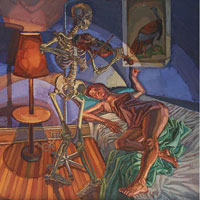 of North Carolina at Greensboro, and his drawings combine his leitmotifs of portraiture and narrative with his interests in old-time music and the banjo. An opening reception, artist talk and music performance, free and open to the public, will be held on Oct. 3 from 4 p.m. to 6 p.m.

Works by W&M Lecturer of Art Eliot Dudik will be featured in the photographic exhibition “On Land: Picturing Cultural Memory in the American Landscape” at the Andrews Gallery from Oct. 10 through Nov. 8. A reception, free and open to the public, will be held Oct. 31 from 4 p.m. to 6 p.m.

Orchesis Modern Dance Company will present “DANCEVENT,” original choreography by dance faculty members performed by faculty, students with Orchesis and guest artists, from Oct. 24 through Oct. 27 at the Kimball Theatre. Show times are 7:30 p.m. Thursday through Saturday and 2 p.m. on Sunday. Admission is $7-$15.

The music department will begin the Ewell Concert Series at 7:30 p.m. on Sept. 3 with blues guitarist Chris Thomas King.

A traditional blues artist early on in his career, King went on to experiment with hip hop modernity and digital aesthetics as 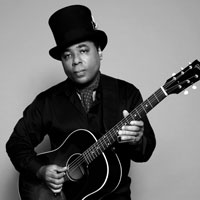 his work evolved. His appearance alongside George Clooney in the film “O Brother, Where Art Thou?” in 2000 significantly raised his profile. King has recorded on the Black Top, 21st Century Blues and Scotti Bros. labels and has sold over 10 million records in the United States.  His numerous awards include Album of the Year for both the Grammy Awards and the Country Music Awards.

The series continues at 7:30 p.m. on Oct. 3 with the Entartete Trio, which is comprised of three of New York City’s most in-demand performers — violist Junah Chung, pianist Eric Huebner and saxophonist Tim Ruedeman.  The group’s programs celebrate the lives and music of a generation of composers who were suppressed by the Third Reich. It is the trio’s mission to bring awareness to this rich and diverse repertoire from largely unknown composers.

Both concerts will be held at Ewell Recital Hall. Admission for all concerts is $5, free with a W&M ID.

The W&M Orchestra, along with the Wind Ensemble, Choir and Barksdale Treble Chorus — formerly known as the Women's Chorus — will perform the free Family Weekend Concert on Oct. 4 at 8 p.m. at Kaplan Arena. 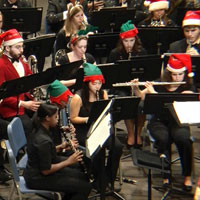 The orchestra’s Halloween Concert, featuring numerous works, will be held at 8 p.m. on Oct. 31 in the Sadler Center. General admission is $3 for all.

The orchestra’s annual Fall Concert will be held at 7:30 p.m. on Dec. 8 at Williamsburg Presbyterian Church. It will feature the opera “Thaïs” by Jules Massenet, with excerpts performed by professional singers. General admission is $10 and free for students, veterans and children.

The Barksdale Treble Chorus and Botetourt Chamber Singers will perform a free Fall Concert at 8 p.m. on Nov. 16 at Bruton Parish Church.

The Choir, Botetourt Chamber Singers and Barksdale Treble Chorus will perform their Winter Choral Concert at 2 p.m. on Dec. 7 at Williamsburg Presbyterian Church. Tickets are only available at the door; general admission is $10 and $3 for students with ID.

The Gallery Players, W&M's conductor-less chamber orchestra, will perform a free Candlelight Concert at 8 p.m. on Nov. 21 at Bruton Parish Church. Works by composers in the fall semester computer music class will be showcased at the free Electronic and Computer Music Concert at 7:30 p.m. on Dec. 3 at Ewell Recital Hall.

W&M Theatre opens the fall season with “Sense & Sensibility,” which was written by Kate Hamill and will be directed by W&M Associate Professor of Theatre and Director of Theatre Christopher Owens. A playful new adaptation of Jane Austen’s beloved novel follows the fortunes (and misfortunes) of the Dashwood sisters — 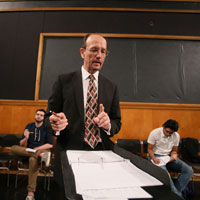 sensible Elinor and hypersensitive Marianne — after their father’s sudden death leaves them financially destitute and socially vulnerable, according to Owens. Set in gossipy late 18th-century England, with a fresh female voice, the play is full of humor, emotional depth and bold theatricality, Owens added. The show runs Oct. 3 through Oct. 6 at the Kimball Theatre. Show times are 7:30 p.m. Thursday through Saturday and 2 p.m. on Sunday.

With W&M Professor of Theatre Laurie Wolf as director, Professor of Dance Denise Wade as choreographer and Musical Theatre Director and Lecturer Phaedra McNorton as musical director, the classic story of a Broadway chorus audition, “A Chorus Line,” runs Nov. 14 through Nov. 17 and Nov. 21 through Nov. 24 at the Kimball Theatre. Originally conceived, choreographed and directed by Michael Benett, the script is based on the book by James Kirkwood and Nicholas Dante, with music by Marvin Hamlisch and lyrics by Edward Kleban. Among its featured songs are the well known “What I Did for Love,” “One,” “I Can Do That,” “At the Ballet,” “The Music and the Mirror” and “I Hope I Get It.” Show times are 7:30 p.m. Thursday through Saturday and 2 p.m. on Sunday.

Author Hernan Diaz kicks off the Patrick Hayes Writers Festival series with an appearance on Sept. 25 at the Tucker Theatre, with times still to be announced for the events. Diaz, associate director of the Hispanic 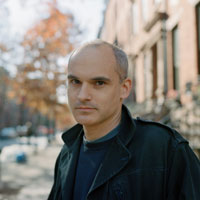 Institute for Latin American and Iberian Cultures and managing editor of the Revista Hispánica Moderna at Columbia University, received instant acclaim when his first novel, “In the Distance,” became a “Publishers Weekly” Top 10 Book of 2017 and a finalist for the 2018 PEN/Faulkner Award and the Pulitzer Prize. His fiction has been published by “The Kenyon Review,” “Playboy,” “Granta” and “The Paris Review,” and his nonfiction work, “Borges, Between History and Eternity,” was published in 2012.

The series continues on Oct. 16 at Tucker Theatre with former W&M English Professor Emily Pease. Her story collection “Let Me Out Here” was published in March and won the 2018 C. Michael Curtis Short Story Book Prize. Her stories have appeared in “Missouri Review,” “Georgia Review,” “Shenandoah,” “Crazyhorse,” “Alaska Quarterly Review,” “Narrative” and “Witness.” She now teaches writing to veterans through the Armed Services Arts Partnership and is currently beginning a novel about logging the last forests of West Virginia.

Poet Estella Conwill Majozo will discuss her work on Oct. 30 at Tucker Theatre. Majozo, a retired professor of English at the University of Louisville, taught creative writing and African American literature. She is t 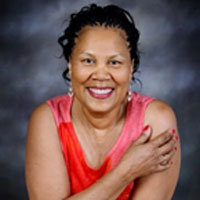 he author of works including “Jiva Telling Rites,” “Libation: A Literary Pilgrimage Through the African American Soul,” “Metamorphosis,” “Middle Passage: 105 Days” and the memoir “Come Out the Wilderness.”

Next in the series will be non-fiction author Davy Rothbart on Nov. 5 in Little Theatre. Rothbart is the creator of “Found” magazine, which is dedicated to discarded notes, letters, flyers, photos, lists and drawings found and sent in by readers. The magazine spawned his best-selling book “Found: The Best Lost, Tossed, and Forgotten Items from Around the World,” which was published in 2004. A contributor to public radio's “This American Life,” he is also the author of the story collection “The Lone Surfer of Montana, Kansas.”