William & Mary Chancellor and former U.S. Secretary of Defense Robert M. Gates ’65, L.H.D. ’98 will donate his personal papers to his undergraduate alma mater, the university announced today. Gates and his wife, Rebecca, have also committed from their estate a gift currently estimated at $1.5 million, which would include a $1.45 million bequest to help attract and support international relations and global studies undergraduates of outstanding academic distinction by providing them scholarships. The remaining $50,000 has been designated for the cataloging and digitization of Secretary Gates’ papers. 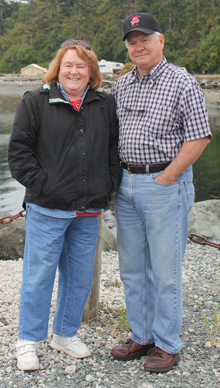 “Bob Gates’ contributions to the welfare of our country have been of a breadth and depth rarely equaled. He has been a public servant of extraordinary experience and effectiveness,” said William & Mary President Taylor Reveley. “His alma mater is thrilled to receive his personal papers and extremely grateful for his marvelous support of our students. A commitment of this magnitude from William & Mary’s chancellor is especially compelling.”

Gates’ personal papers encompass his time at the CIA, his service at the National Security Council (including as Assistant to the President and Deputy National Security Adviser) under four presidents, his Texas A&M University presidency, his term as Secretary of Defense and his current role as William & Mary’s chancellor. The papers do not include classified materials from the CIA or Department of Defense but they do include Gates’ handwritten notes through the years, photographs, and various materials he accumulated over the course of a long and distinguished career in public service. Secretary Gates is using the documents as he completes his next book. The papers will ultimately be housed in the Special Collections Research Center at the university’s Earl Gregg Swem Library.

“My experience as an undergraduate at William & Mary had a great influence on shaping my life, just as the College has had a great influence in shaping our country; its long history is intricately interwoven in the fabric of the nation,” said Gates. “I cannot imagine a better place for my personal papers than the university’s Special Collections Research Center.”

The center is home to William & Mary’s archives, original manuscripts, rare books and other unique resources for student and faculty research.

“We are honored to serve as the permanent home of the papers of one of the most influential public figures of this century,” said Carrie Cooper, William & Mary’s dean of university
libraries. “His papers will become an invaluable resource for our students, as well as future historians and scholars.”

Once they have been cataloged within Special Collections, Gates’ papers will be accessible to researchers.

“Chancellor Gates’ collection will offer William & Mary students and the public unique insight into U.S. history. We are delighted the chancellor’s collection will take its place with the papers
other distinguished alumni like Presidents Jefferson and Monroe in Swem Library,” said University Archivist Amy Schindler.

In addition to donating his papers to William & Mary, Gates and his wife have made a bequest in support of the Robert M. and Rebecca W. Gates Scholarship at William & Mary. The Gates
established the merit-based scholarship in 2012 for international relations and global studies undergraduates.

“International relations has defined Secretary Gates’ career,” said Steve Hanson, vice provost for international affairs and director of the Reves Center for International Studies. “He well
understands the importance of allowing William & Mary students to gain global perspectives. This commitment is great news and will sustain these important international experiences for
future generations of students.”

The first Gates Scholarship was awarded in fall 2012 to Rachel Faith, a rising William & Mary senior who is double majoring in Chinese language and literature and global studies, with a
concentration in Russian and post-Soviet studies. Thanks to the scholarship, Faith was able to spend the fall semester in Russia and the spring 2013 semester in China. Tyler Bembenek, an
international relations major and member of William & Mary’s Class of 2015, was Gates Scholarship recipient in 2013 and spent the summer studying medieval studies at St. Peter’s
College in Oxford. The Gates Scholarships are awarded for fall, spring, and summer terms.

Gates, the only person in American history to serve as secretary of defense for presidents from different political parties, retired in 2011 after leading the U.S. Department of Defense under
President George W. Bush and President Barack Obama. Prior to becoming defense secretary, Gates held numerous roles in the executive branch — serving eight presidents during his career.
Upon his retirement as defense secretary, Obama awarded Gates the Presidential Medal of Freedom, the highest honor a president can bestow on a civilian. Gates has been awarded the
National Security Medal and the Presidential Citizens Medal. He also received the National Intelligence Distinguished Service Medal three times and the CIA’s highest award, the Distinguished Intelligence Medal, three times.

Gates joined the CIA in 1966 and spent nearly 27 years as an intelligence professional, including nine years at the National Security Council. Gates is the only career officer in the CIA’s history to rise from entry-level employee to become the agency’s director — a post he held from 1991 to 1993.

After leaving the CIA, Gates — who holds a doctorate from Georgetown University, lectured at some of America’s leading universities before being named dean of the Bush School of Government and Public Service at Texas A&M University. In 2002 Gates was named president of Texas A&M. He held that position until 2006, when he returned to Washington as the nation’s 22nd secretary of defense.

Gates, a history major who earned several accolades at William & Mary, last year was invested as the university’s 24th chancellor. He is the first alumnus to hold the honorary position in the 320-year-old institution’s modern era.