William & Mary Alumnus Michael Clemons ’89, a football All-American who produced one of the most storied careers in Canadian Football League history, will speak at the 2017 William & Mary Charter Day ceremony on Feb. 10 at 4 p.m.

The annual event will be held in Kaplan Arena and celebrates the university’s royal charter, which was granted on Feb. 8, 1693, by King William III and Queen Mary II. In addition to Clemons, longtime coach, administrator and athletic fundraiser Millie West will receive an honorary degree at the ceremony. W&M Chancellor and former U.S. Secretary of Defense Robert M. Gates ’65 will offer welcoming remarks.

As a player, coach and administrator with the CFL’s Toronto franchise, Clemons helped the Argonauts win five Grey Cup championships, the CFL’s version of the Super Bowl. He currently serves as vice-chair of the team.

Off the field, in 2007 Clemons started the Michael “Pinball” Clemons Foundation to aid less-privileged youth around the world. He also works with the Free the Children initiative to build schools and clean water systems in Africa. In 2013, he was named “the classiest man in Canadian sports” by Dolce magazine, and is much in demand as a motivational speaker.

“Michael Clemons has shown time and again how to dream big and move mountains,” W&M President Taylor Reveley said. “Whether on the football field bouncing off tacklers, leading in the board room or inspiring others with his words, the man known as ‘Pinball’ has been a powerful force. We are delighted to welcome him back to his alma mater as our Charter Day speaker.

﻿“It is absolutely wonderful that we can also honor Millie West on Charter Day. She amassed an amazing record as a coach at William & Mary and was the indispensable leader as women's athletics came into their own for the Tribe. Along the way, Millie has been a splendid citizen of the campus community.” 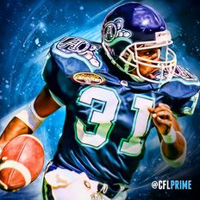 After a brief stint with the National Football League’s Kansas City Chiefs, Clemons joined the Argonauts in 1989 and was an immediate success. Given the nickname “Pinball” by an assistant coach with the Argonauts who marveled at his uncanny ability to bounce off would-be tacklers despite standing just 5-feet-6 and weighing 170 pounds, Clemons was voted the CFL’s most outstanding player in 1990.

A fan favorite, the public address announcer in Toronto would play “Pinball Wizard” by The Who following one of his particularly spectacular plays.

A 2008 inductee into the Canadian Football League Hall of Fame, Clemons retired in September 2000 with the pro-football record, NFL and CFL, for most combined yards, 25,396, and 12 all-time team records.

Clemons immediately began his first of two stints as coach of the Argonauts, inheriting a team with a 1-6-1 record. Under Clemons, Toronto won six of its last eight games that season. The next year, he was named president of the organization, but returned to the sidelines in 2002. In 2004, he became the first black head coach to guide a team to a Grey Cup title. Each year until his retirement from coaching in 2007, Clemons was nominated for coach of the year. His 67 victories as coach are the second-most in team history.

Clemons, who earned a degree in economics at William & Mary, was inducted into the university’s Athletic Hall of Fame in 1998. His career highlights for the Tribe are many. He gained 1,953 all-purpose yards in 1986 and 1,880 yards in 1985, the third- and fourth-best single-season totals in team history. His 96 points scored in 1986 is tied for seventh all-time.

A special-teams standout, Clemons averaged 25.5 yards per kickoff return in 1985, the third-highest in team history. He is W&M’s ninth all-time leader in rushing touchdowns with 20, fourth all-time in all-purpose yards with 4,448 and sixth all-time in career pass receptions with 172.

A Florida native who was an outstanding student, Clemons won accolades for his classroom achievements in high school, where he was named Dunedin High student-athlete of the year. At W&M, he was named to the Eastern College Athletic Conference Honor Roll as a senior.

West has served Tribe Athletics for 50 years as a coach, administrator and fundraiser. In honor of that service, Tribe Athletics Director Terry Driscoll in 2010 announced the naming of the Millie West Tennis Facility. The complex, which is located behind Kaplan Arena and was formerly named the Anheuser-Busch Courts, is the outdoor home of the Tribe’s men’s and women’s tennis programs. 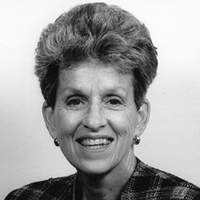 During West’s time at W&M, she started the swimming program and served as coach, as well as head coach of the women’s tennis program, leading them to a third-place finish in the Association for Intercollegiate Athletics for Women Small College National Championships in 1979. During her coaching career, her teams won 90 percent of their matches.

After retiring as the associate athletics director in 1991, West assumed the role of director of special projects. She is also the curator, and a 1998 inductee, of the Intercollegiate Tennis Association Women’s Tennis Hall of Fame at the McCormack-Nagelsen Tennis Center. West, who was awarded the United States Tennis Association’s Educational Merit Award in 1985, is a member of the W&M Athletic Hall of Fame and has been given the status of honorary alumna at William & Mary.

She also has served on executive committees for the Virginia Sports Hall of Fame and Williamsburg Community Health Foundation.

In 2013, she served as the grand marshal for W&M’s Homecoming weekend.