Tyler Hutchison is a rising junior and physics major at William & Mary. He is a member of the university’s Astronomy Club and has been an active member of the Richmond Astronomical Society since 2015, serving on the Board of Directors and volunteering at local skywatches and other astronomical outreach events. He is also an experienced astrophotographer and winner of the Astronomical League’s Horkheimer/Parker Youth Imaging Award and Horkheimer/Smith Outreach Award. Recently, Hutchison has been writing about astronomy for Virginia Public Media. William & Mary News spoke with him about his work.— Ed.

I want to start of this conversation by saying I’m looking at a collection of your photographs right now and they are truly stunning.

Oh, thank you. That’s really nice to hear. I think astrophotography is different from really any other kind of photography, in that it is inherently very technical. You’re almost exclusively working with very deep exposures and generally need a telescope — or some kind of powerful telephoto lens. It depends on what you're trying to see, of course, but generally, it is a super technical field. There is a lot going on behind the scenes to create those images. 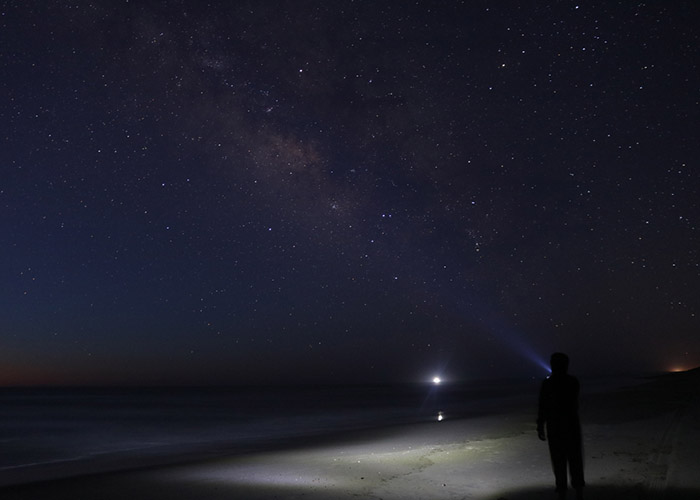 I imagine so. What drew you to astrophotography and how did you develop those technical skills?

Well, it’s actually an unusual story. I definitely didn’t take the typical path. When I was a freshman in high school, my dad and I started going to meetings of various Virginia astronomical societies, meeting all these astronomers all over the state. There was one meeting in which one of the presenters mentioned that he was selling a telescope on behalf of a friend who passed away. We decided to purchase it.

Let me just say, this thing was not a small telescope. It was not really fit for a 15-year-old who did not really know what he was doing, but we didn’t know that at the time. It was massive, close to 100 pounds and had an eight-inch diameter on the lense and this giant tripod. I wouldn’t say it was a mistake to get it, exactly, because I had a lot of fun with it and learned a lot, but it definitely was far more than I really needed at the time.

I wish I could make some kind of an analogy. Imagine if your first car was a vintage Corvette that required an enormous amount of upkeep and skill to maintain. It was just way too much for the limited knowledge I had at the time. So, yeah, that was my first telescope. This gigantic, ridiculous piece of equipment. 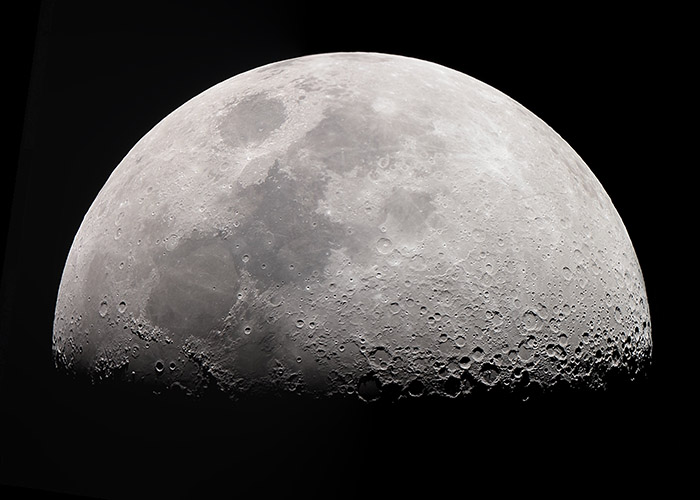 Honestly, I could barely handle it myself, but I remember that I dragged it out in the front yard. It had such a big mirror in it, it was such a big telescope, which meant that we could see things extremely far away. One night it was really clear and I was able to see the furthest thing I’ve ever seen: the Whirlpool Galaxy. It’s more than 20 million light-years away.

Here I am, this teenager, standing in my driveway with this massive telescope looking at a galaxy tens of millions of light-years away. I decided to take a picture. That picture, for a reason I can’t really explain, still feels like one of my biggest accomplishments.

There’s really nothing about it that I think anybody would win an award for. It’s black and white and very grainy. You can sort of make out the spiral of the galaxy, but it’s one of my favorite pictures just because of what it represents to me. In some small way, I captured a bit of this light that had traveled from an unfathomable distance away and turned it into a photograph. 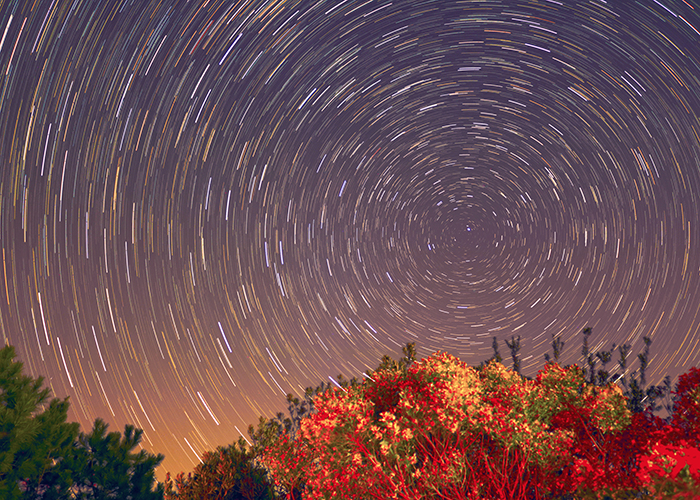 We’ve talked some about the technical skill required for astrophotography, but I’m also curious about the cognitive skills involved. I’d like to know how you think about what you shoot, what you’re looking for and how you look for it. You’re a student of physics, so you have an understanding of science that informs your work — just like a biologist may take a bird photograph differently than someone who doesn’t have the same background. Does that make sense?

Absolutely. To be clear, if someone wants to take pictures of the night sky, they really do just need the technical background, but I believe I get something deeper out of the experience because I’ve studied astronomy and astrophysics.

It changes how I see things. I find meaning in small details — and probably the most accessible part is just understanding the sheer scale of how far away some of these things are. One of the things to know about astrophotography is you need different equipment to see different things. It’s technical, but you also need to understand scale to know what equipment you will need.

You can take a picture without knowing what it is you’re photographing, but I think there is an incredible level of depth that comes with knowing about what you’re looking at. That’s absolutely an integral part of amateur astronomy. 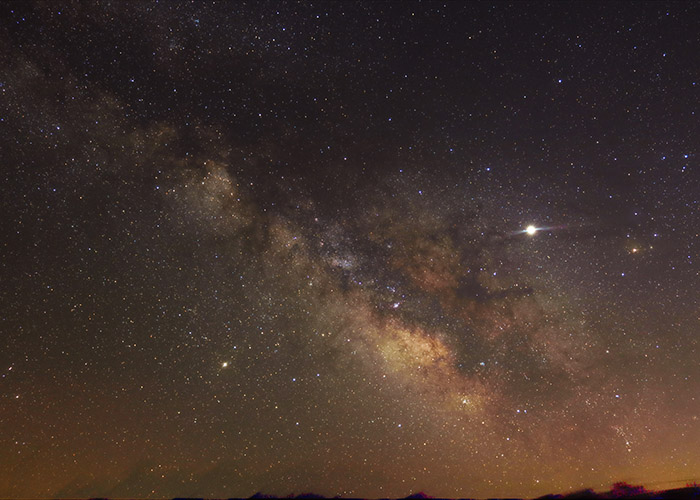 What have you been shooting lately?

Well, I didn’t take too many photos at the start of college, before the pandemic hit. I was really busy on campus, but also there is the geography aspect of needing to be in a low-light area — and the fact that I didn’t have a car. Fortunately, one of my friends had a car at that time, so we were able to make a trip a few miles off campus to College Creek and get some great shots of the stars around the North Star.

I guess one of the things they never tell you about the history of astronomy and astrophotography is that you’re always constrained by factors like geography and weather and equipment. There are only certain nights where the stars align, sorry about the pun, and you’re able to take these pictures. 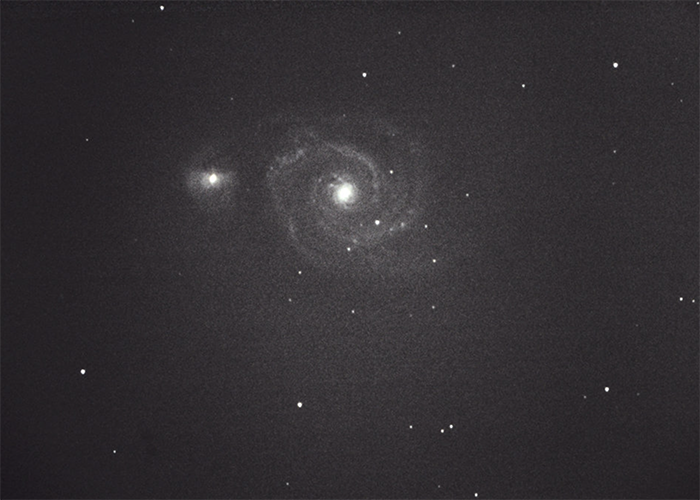 What tips do you have for people wanting to stargaze? What should we be looking for up there and what are the best ways to see it?

I think the most important thing to know is that everyone can enjoy the night sky no matter what your major is. Studying physics and astronomy can lead to unique perspectives and open up a lot of doors, but at the end of the day the sky really belongs to everyone. The great thing about astronomy is that there's so many different kinds of things to see, from flashier sights like meteor showers to more subtle targets like constellations, planets and objects in deep space.

Start with whatever equipment you have right now, whether that's a nice telescope, a hand-me-down pair of binoculars or simply your very own eyes. Visiting local astronomy clubs (virtually or in-person) is a great way to meet like-minded individuals of all experience levels and find out when and where the best viewing conditions will be and what to look for.