The new semester brings with it a vast array of opportunities for people to enjoy the arts once again in person at William & Mary. For more events happening at William & Mary this semester, see the university's online calendar. Be sure to check for the university’s latest COVID-19 health and safety guidance as face masks will be required for most performances. - Ed.

The Muscarelle Museum of Art will host the exhibition “Shared Ideologies” through Jan. 9, 2022.

An exhibition of selected works by Native American artists from the 1970s to the present, it will offer visitors an opportunity to engage in a sociopolitical dialogue about the space between history and memory, according to museum officials. Paintings and works on paper by artists such as the late T.C. Cannon, Emmi Whitehorse, Cara Romero, Tom Poolaw, Julie Buffalohead and several others transcend the two-dimensional artwork by their elders that came to define Native American art. A number of works from the Muscarelle’s Native American collection are being shown for the first time in this exhibition.

The Muscarelle will host “Forever Marked By The Day” through Jan. 9, 2022. 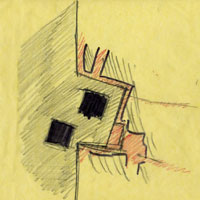 The exhibition is centered around the World Trade Center site and pays homage to the architects, artists, designers and photographers whose creativity, both before and after the 9/11 terrorist attacks, delivered a sequence of urban infusions that celebrated the human spirit, according to museum officials. Today’s World Trade Center site serves as a memorial designed to honor the people who died there and the heroes who responded, and it connects the past and the future to the present through architecture, according to promotional materials for the exhibition.

Among the Muscarelle’s fall events will be a free artist talk with W&M Asian Centennial Distinguished Fine Arts Fellow Roberto Jamora on Sept. 28 at 6 p.m. Jamora is a Filipino-American artist and educator who teaches at W&M and Virginia Commonwealth University. His recent work includes “The Sound of Fate Knocking at the Door 2,” which the Muscarelle acquired in honor of William & Mary’s Asian Centennial. 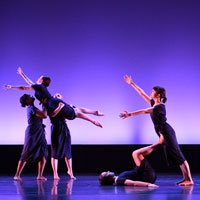 Orchesis Modern Dance Company will present “DANCEVENT,” original choreography by dance faculty members performed by faculty, students with Orchesis and guest artists, from Oct. 29 through Oct. 31 at the Adair Studio. Show times are 7:30 p.m. Friday and Saturday and 2 p.m. on Sunday. Admission is $7-$15; free for W&M students.

The music department will begin the Ewell Concert Series at 7:30 p.m. on Sept. 23 with Çudamani: Gamelan and dance of Bali, Indonesia, at the Williamsburg Regional Library Theatre.

Gamelan music weaves layers of intricate sound between deep great bronze gongs, drums, bronze gangsa, voice and flute. One of Çudamani’s singular features is that many of its artists are multi-disciplinary, mastering gamelan, dance, voice and visual art resulting in artistically unified presentations. Part of the group’s 2021 East Coast tour, this appearance will feature a 21-member ensemble. 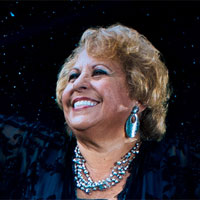 The series continues at 7 p.m. on Oct. 9, with the Stephanie Nakasian Band with the Matt Baker trio performing “The Great American Songbook — Old & New” at the Ewell Recital Hall. A seasoned vocalist, Nakasian is a member of the W&M music faculty who has performed, toured and recorded jazz music.

Both concerts are free and open to the public.

The W&M Symphony Orchestra, along with the Wind Ensemble, Choir and Barksdale Treble Chorus will perform a free Family Weekend Concert on Sept. 24 at 8 p.m. at Kaplan Arena.

The Middle Eastern Music Ensemble will host a free Family Weekend “Miracle” Concert at 4 p.m. on Sept. 25 in the Wren Building Great Hall. The ensemble will also host a concert with Guest Scholar and Artist in Residence Johnny Farraj, master percussionist, at 7:30 p.m. on Nov. 12 in Ewell Recital Hall.

The Botetourt Chamber Singers will perform a free Homecoming Concert at 8 p.m. on Oct. 8 at the Wren Chapel. 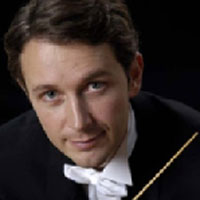 The Orchestra will perform a Halloween concert at 8 p.m. on Oct. 29 at Commonwealth Auditorium with the theme “Tales from Bohemia.” The cost is $10 for general admission and $3 for students. The orchestra will perform its fall concert at 7:30 p.m. on Dec. 11 at Commonwealth Auditorium. General admission is $10; free for students, children and military veterans.

The Jazz Ensemble will perform its free Winter Concert at 7 p.m. on Nov. 30 at Ewell Hall.

The Choir, Botetourt Chamber Singers and Barksdale Treble Chorus will perform their Winter Choral Concert at 7:30 p.m. on Dec. 11 at Williamsburg Presbyterian Church. General admission is $10 and $3 for students with ID.

W&M Theatre opens the fall season and its theme of life’s questions with “The Wolves,” which was written by Sarah DeLappe and 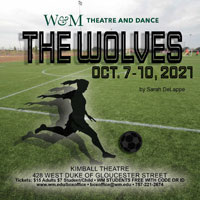 will be directed by W&M Professor and Chair of the Department of Theatre, Speech and Dance Laurie Wolf. The show runs Oct. 7 through Oct. 10 at the Kimball Theatre. Show times are 7:30 p.m. Thursday through Saturday and 2 p.m. on Sunday. The play follows the members of a high school girls soccer team as they take on big questions in life from their small suburban circle performing pregame warmup stretches each Saturday, according to theatre department officials. 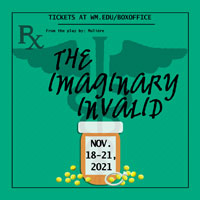 An adaptation of a French classic by renowned playwright Molière, “The Imaginary Invalid” will continue the season’s theme and run from Nov. 18 through Nov. 21 at the Kimball Theatre.  This comic retelling paints a hilarious picture of the 17th century where, despite the scientific revolution and its extraordinary advances, there was often a fine line between science and outright quackery, according to theatre department officials. Show times are 7:30 p.m. Thursday through Saturday and 2 p.m. on Sunday.

Admission is $7-$15; free for W&M students for all performances.

Former National Football League player Reggie Williams kicks off the Hayes Writers Series with an appearance on Oct. 7 at 5:30 p.m. at Commonwealth Auditorium. Williams will read from his memoir 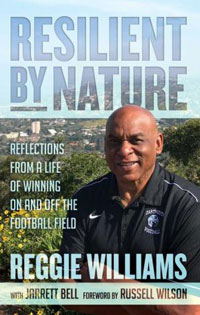 “Resilient by Nature.” Growing up as an African American in the 1950s, Williams faced many difficulties including a hearing defect and a speech impediment from an early age, according to event organizers. Williams went on to play college football at Dartmouth and in the NFL for 14 years, playing in two Super Bowls. The NFL honored Williams with its Walter Payton Man of the Year Award in 1986 and Sports Illustrated gave him its Sportsman of the Year Award in 1987. After football, Williams went on to a highly successful business career with Disney Corporation.

The series continues on Oct. 21 with British novelist and short story writer Nicola Barker speaking virtually at a time to be announced. Barker’s eight previous novels include “Darkmans,” which was short-listed for the 2007 Man Booker and Ondaatje prizes and winner of the Hawthornden Prize; “Wide Open,” winner of the 2000 International IMPAC Dublin Literary Award; and “Clear,” which was long-listed for the Man Booker Prize in 2004. She has also written two prize-winning collections of short stories, and her work has been translated into more than 20 languages.

Writer Michael X. Wang will discuss his work virtually on Nov. 16 at a time to be announced. Wang is a Chinese-American writer, teacher and explorer who is currently assistant professor of English and 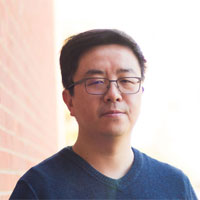 world languages at Arkansas Tech University. Wang’s story collection “Further News of Defeat” won the 2021 PEN/Robert W. Bingham Prize and was a finalist for the CLMP Firecracker Award and his debut novel “Lost in the Long March” is forthcoming from the Overlook Press. Wang’s work has appeared in the “New England Review,” “Greensboro Review,” “Cimarron Review,” “Hayden's Ferry Review,” “Witness” and “Juked” among others and has won an AWP Intro Award and been selected by the Best American Anthology as a notable story of the year.

Registering for and attending events at William & Mary conveys a shared expectation of abiding by university policy, which is subject to change as conditions warrant. As of September 7, 2021, those requirements include masking indoors as well as outdoors when unable to maintain social distancing except when actively eating or drinking. Vaccination is required of all William & Mary students, faculty and staff, and it is strongly encouraged for all external visitors in alignment with Centers for Disease Control and Prevention guidance. We create these shared expectations of event participants in keeping with William & Mary’s core values of Belonging within this community and Respect for one another as individuals, and in recognition of the risks inherent to gathering amid pandemic.