One week ago, William & Mary announced that a concept had been selected for a memorial on campus to people enslaved by the university. But a little more than a decade ago, the university hadn’t even formally recognized its involvement in slavery.

The institution’s journey from that point to last week’s announcement is due in large part to the work of the Lemon Project. Established in 2009 by the Board of Visitors in response to a Student Assembly resolution, the long-term research project seeks to uncover and share the university’s history of slavery and racial discrimination. Earlier this year, the Lemon Project submitted a report to William & Mary President Katherine A. Rowe and Provost Michael R. Halleran about the work it has done since its inception. That report also includes recommendations for W&M as it moves forward.

The memorial project is the latest in William & Mary’s ongoing efforts of reconciliation and part of ongoing work more fully acknowledge its history with regard to slavery and recognize the role and contributions of African Americans. In 2016, W&M renamed two residence halls in honor of African Americans instrumental to the university’s history: Lemon, a man once enslaved by the university, and Carroll F.S. Hardy, a longtime administrator and diversity pioneer at W&M. During the 2017-2018 academic year, W&M commemorated the 50th anniversary of its first African-American residential students. In April 2018, the university hung a plaque dedicated to those three women on the Wren Building’s portico. That same month, the W&M Board of Visitors passed a resolution formally extending the work of the Lemon Project and apologizing for the university’s history of slavery and racial discrimination. Earlier this semester, a plaque marking the location of the Bray School, an 18th-century school for black children, was unveiled. 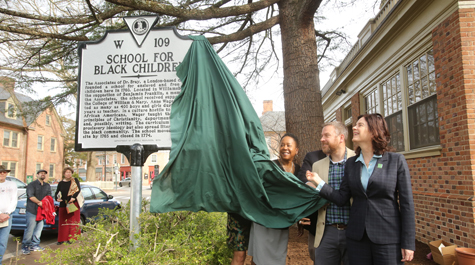 In light of last week’s memorial announcement, W&M News talked with Lemon Project Director Jody Allen about the history of the project, its accomplishments and its goals for the future.

What did W&M know about its history with slavery and racial discrimination before the Lemon Project began?

What was known and what was acknowledged by William & Mary as an institution before the start of the Lemon Project are two different things. Given the fact that William & Mary is the oldest university in the South and the second oldest university in the country, anyone who stopped to think about the slavery era would have recognized that William & Mary was a slave-holding institution, but it was not acknowledged in the College’s written history. William & Mary was an adherent of the Jim Crow policies that maintained segregation. The institution only allowed African-American people to work here in a service capacity until 1951 when under duress it admitted students on a limited basis at the graduate and law school level. While not allowed to live on campus, the first undergrad was admitted in 1963 and four years later, three residential students entered the university, marking the beginning of consistent desegregation.

What has research uncovered since?

We have become more aware of the African-American experience at William & Mary over its 326 years and now have a deeper understanding of the key role that African Americans played in the creation and maintenance of this institution. This understanding comes from the people, named and unnamed who we found in records, including enslaved people who William & Mary owned and hired; people who worked at the college after emancipation; the stories of desegregation; and the attitudes of various communities towards the university. 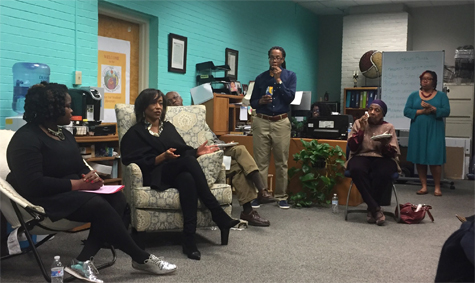 How has the work of the Lemon Project been incorporated into the classroom?

Early in the process, we decided to revise and develop undergraduate courses using archival resources. The purpose of these courses was to disseminate archival information and to help students learn about the complexities of institutional slavery. To date, I have developed and co-taught seven courses. I have also mentored several student summer research projects. At the invitation of faculty, Sarah Thomas, a member of the Lemon Project Team, gives lectures on the African-American experience at William & Mary, the work of the Lemon Project and memorialization. For more details about how we incorporate the Lemon Project in the classroom, see Appendix B: Teaching in the report.

What other initiatives has the Lemon Project started or collaborated on with others?

The Lemon Project’s overall goal is to provide opportunities for various constituencies (community members, students, faculty and staff) to engage on meaningful levels. A major component of our mission is to collaborate with members of the community on and off campus. This collaboration is illustrated through our three signature programs — our annual symposium, the Lemon’s Legacies Porch Talks and the Donning of the Kente. The report includes a list of all of our collaborators. 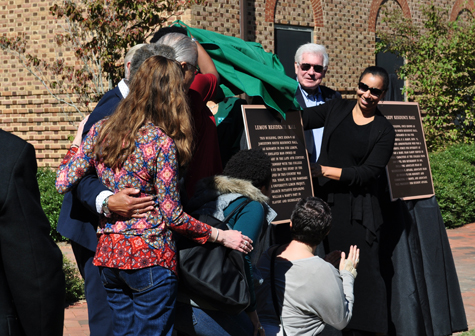 What are some of the biggest/most significant results of the Lemon Project’s work thus far?

In many ways, much of our work has been in response to the student resolution that called for William & Mary to research the institution’s role as a slave-holder, to publicly share that research and to establish a memorial to enslaved people at the College. Our public-facing work and this report are making this history known. We are now in the process of establishing a memorial to African Americans enslaved by William & Mary. Through our signature programs and the establishment of an oral history collection, we invited and will continue to invite people onto campus who have generally felt unwelcome by the institution.

How has the local community been involved in the Lemon Project? Why is that important?

Because of William & Mary’s long history of wrongs perpetrated against African Americans through action or inaction, the 2009 BOV resolution called for the creation of the Lemon Project “to promote a deeper understanding of the indebtedness of the College to the work and support of its diverse neighbors.”

While there is still much to be done, we have worked hard to encourage the Greater Tidewater community to feel at home at William & Mary. We want everyone in this community to see William & Mary as a resource and to feel that it is open to them. 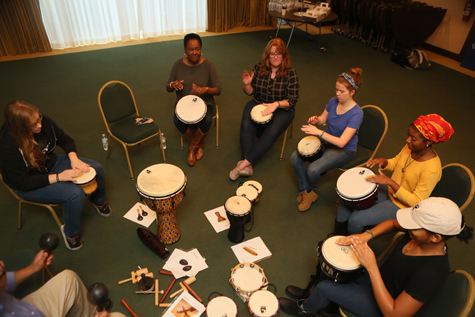 What recommendations has the Lemon Project made to the university for the future?

There are several important goals moving forward, including the completion of the Memorial to the African American Enslaved by William & Mary and establishing a research and resource center for the study of slavery and its legacies. We also plan to spearhead a genealogy research effort.  We will increase our efforts with community engagement and work with the public-school system. The report includes a complete list of all of our recommendations.

How can people get involved?

What kind of support has the Lemon Project received from the W&M community, including faculty, staff, students, alumni the administration and BOV? 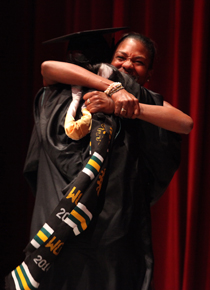 The William & Mary community is key to the success of the Lemon Project. While the main budget is supplied by the Office of the Provost, it is supplemented by different departments and programs from across the university to help finance speakers, artists, etc. Additionally, faculty, staff, students and administrators serve on committees and volunteer at events such as the symposia, the Porch Talks and Donning of the Kente. Many have been discussion facilitators, consultants and presenters sharing their time, talents and scholarship. Staff have supplied administrative support, served on committees and volunteered at our events. Alumni have supported by attending our events, helping to get the word out, and through financial contributions. The Gaither-Johnson Summer Fellowship, for example, was established by an alumnus and his family in recognition of his ancestors and in gratitude for support he received from the Lemon Project. Over the years, the presidents Taylor Reveley and Katherine Rowe, and Provost Halleran, along with members of the Board of Visitors, have always made themselves available to attend our signature events.

Why is this work so important?

When the Lemon Project was established by the BOV resolution in 2009, it was the second university funded project of its kind in the country. Ten years later, there is a full-fledged movement of colleges and universities coming to terms with the history of slavery and its legacies on their campuses. While W&M is on the vanguard of this movement, we are just beginning the long process of remembering, acknowledging, and bringing to the forefront the contributions and experiences of African Americans on this campus and in the community from 1693 to the present day. William & Mary benefited from the labor of enslaved people for more years than it hasn’t, so the work of healing and reconciliation toward a genuinely inclusive campus community will not happen overnight, but the institutionalization of the Lemon Project will take us a long way.