Soon after she arrived at William & Mary, Karen Ely — one of the university’s first three African-American residential students — overheard a conversation between a woman and then-President Davis Paschall.

“‘That’s one of the three. They’ll never make it,’” Ely recalled her saying.

Though self-described as “not brave,” Ely, who was walking behind the two, stepped on the woman’s shoe to stop her.

“I said, ‘Not only will we make it, but every year after this, there are going to be more people who look like me.’”

Ely saw that prediction come true when she returned to W&M in 2011 — the first time she had been back since graduating 40 years prior — to be celebrated by the Hulon Willis Alumni Association along with her two classmates, Janet Brown Strafer and Lynn Briley, known collectively as the “Legacy 3.”

“I saw a room full of black graduates,” she said, her voice catching. “I still get emotional. All of these people came after us, and they’re honoring us and we didn’t even know we were making history.” 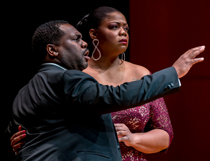 Throughout the 2017-2018 academic year, W&M has been commemorating that history, marking the 50th anniversary of Ely, Strafer and Briley’s arrival at W&M with a series of special events, projects, performances, lectures and other programming. The “Building on the Legacy” commemoration culminated on April 12-14 with Legacy Weekend, which included a performance by storyteller Onawumi Jean Moss, a black opera gala, an African-American history walking tour (watch video), a panel session with the Legacy 3 and an alumni awards dinner with journalist Charlayne Hunter-Gault as the keynote speaker.

“We are enormously in Lynn, Karen and Janet’s debt for what they did half a century ago and for their willingness this academic year, on countless occasions and in countless ways, to return to campus to remember and  commemorate their legacy,” W&M President Taylor Reveley said at Saturday night’s dinner. Reveley was also honored at the event by the 50th anniversary planning committee for his support of the commemorative year. 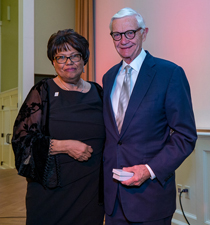 Moss kicked off the weekend by meeting with students and staff in the Center for Student Diversity on Thursday before performing that evening in the Sadler Center. While the students attending her CSD event may have expected her to tell a story, she turned her focus on them and their stories, asking each to share his or her name and ethnic origins.

“I didn’t need to tell you a story,” she said. “I needed you to appreciate your story so that you could go back and look at yourself in the mirror and say ‘I am, and you will see me.’”

Moss added that as William & Mary continues to work on diversity and inclusion, she believes it is critical the university hears student, faculty and staff narratives.

“It has to hear you. It has to see you. It has to respect your efforts to build your legacy within the construct of a legacy that’s still having trouble expanding to make it all-inclusive,” she said.

{{youtube:medium:right|L3FYPvaWRnM, Excerpts from the 'We Have Come' performance by soulful storyteller Onawumi Jean Moss}}

The 50th anniversary commemoration kicked off in August when a mural featuring Briley, Ely and Strafer was unveiled in Swem Library. Just one week prior, the Legacy 3 led new students at the university through the Wren Building and through a crowd of cheering students, faculty, staff and alumni as part of Opening Convocation. The alumnae have been back myriad times since, including Homecoming Weekend, when they served as grand marshals of the parade.

“It has been a year of learning about our past and more importantly learning from our past,” said Jacqui McLendon, emerita professor of English and chair of the 50th anniversary committee, Saturday night. “We have discovered new and different ways to work together, building on the legacy of our ancestors because after all we are ‘One tribe. One family.’”

{{youtube:medium:left|tEns4uBEs-Y, The Legacy 3 respond to questions during a class last summer.}}

During the panel session with the Legacy 3 on Saturday afternoon in the School of Education, Shené Owens, assistant director of the Center for Student Diversity, asked the three alumnae what this year has been like for them.

“It’s been exciting. It’s been surprising. It’s been humbling,” said Strafer, adding that she has met students, faculty, staff and guest speakers she never would’ve met otherwise. “When we came, we had no idea we were breaking any kinds of molds or records or anything. … Even once we discovered that, we were just about the business of going to school. It has taken 50 years and only in retrospect do we realize the importance.” 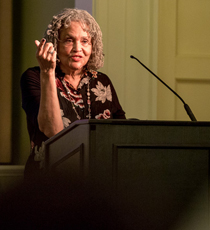 Briley said that one of the most rewarding aspects of the experience has been digging into the archives to learn more about the African-Americans who came before them — and those that tried to but were denied.

“Those words just gnawed at me to see that they denied black students because they just ‘didn’t fit here,’” she said. “But there were students who came before us, and we wanted them to be acknowledged through this whole commemoration period, and to find out who they were, what their lives were like has been most fascinating to me.”

Some of those students were honored Saturday night during the awards dinner. Twelve alumni, including the Legacy 3, received awards, four posthumously (listed first below).

During the dinner, Earl Granger, associate vice president for development, announced that the university has committed land adjacent to Jefferson Hall for the creation of a Legacy Tribute Garden to mark the place on campus where Briley, Ely and Strafer's journey at William & Mary began. A fundraising effort is underway to garner the resources for this tribute. 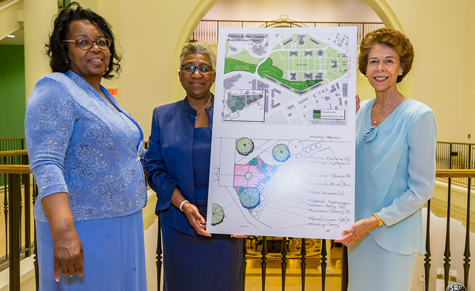 While Legacy Weekend may have marked the culmination of the yearlong commemoration, two more upcoming events will honor the Legacy 3. At Commencement in May, they will receive honorary degrees from the university.

“It’s been a remarkable year. It’s been one event after the other, and each one has been more fascinating than the previous one,” said Ely. “It’s just been remarkable, and I am just so grateful.”