The Sandro Botticelli exhibit Botticelli and the Search for the Divine: Florentine Paintings between the Medici and the Bonfire of the Vanities at the Muscarelle Museum of Art will be the highlight of the spring’s arts offerings at William & Mary.

One of only two of Botticelli’s paintings of an isolated Venus will be on view for the first time in the U.S., together with other Botticelli mythologies and portraits, in the exhibit running Feb. 11 through April 5, 2017.

The major international loan exhibition was organized by the Muscarelle in partnership with Italy’s Associazione Culturale Metamorfosi. In the fourth such partnership, the exhibition will travel to the Museum of Fine Arts Boston as its only other venue.

“We are extremely proud to be able to bring to this country a groundbreaking exhibition of one of the world’s greatest artists,” said Aaron De Groft, director of the Muscarelle Museum of Art. “The Botticelli show continues a tradition of internationally important exhibitions, following Michelangelo, Caravaggio and Leonardo da Vinci in recent years, in which exhibitions of great original works of art provide the lens for us to explore the themes and ideas that inspired their genius.” 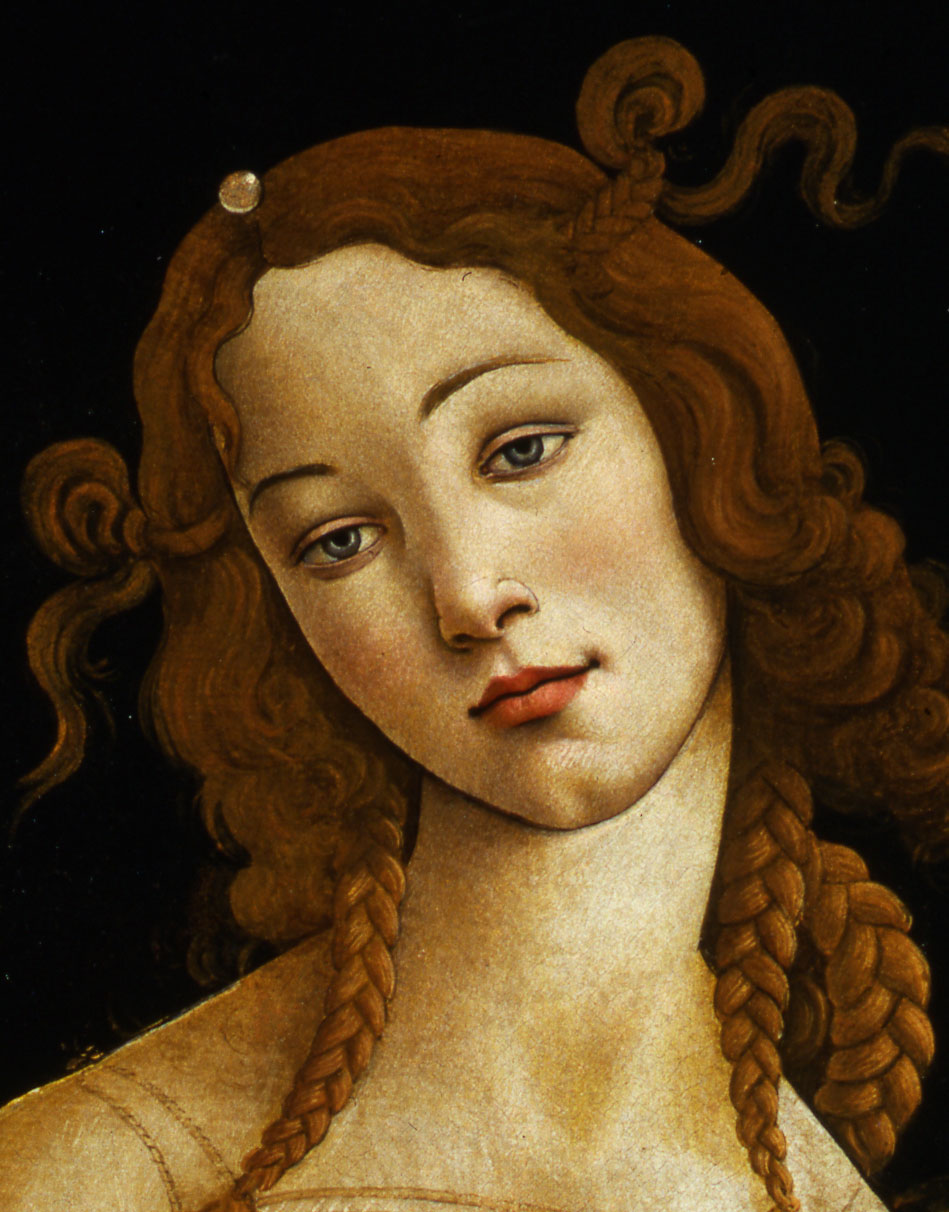 One of the only two such Venuses known today in the world, from the Galleria Sabauda museum in Turin, will be on view for the first time in America, together with many other works that have never previously traveled to the U.S.

The exhibition will feature 16 of Botticelli’s paintings, most with life-size figures, from major museums and churches in six Italian cities, including Florence, Milan and Venice. Every phase of the artist’s long, tumultuous career is represented in the selection.

Also featured are six rare paintings by Botticelli’s great master Filippo Lippi, the only pupil of Masaccio. The cultural milieu of Renaissance Florence will be represented by several paintings by Filippo’s son, Filippino Lippi, Botticelli’s most important student and a leading master in his own right; a painting and a bronze statuette of Hercules by Antonio Pollaiuolo; the death mask of Lorenzo the Magnificent; and a portrait of Savonarola by Fra Bartolomeo.

Admission is $15 during the exhibition and free to members, W&M students, faculty and staff, as well as children under age 12.

The Art and Science of Connoisseurship will be featured Feb. 11 through Aug. 13 at the Muscarelle, exploring the creative narrative behind six paintings attributed to Agnolo Bronzino, Annibale Carracci, Guido Reni, Peter Paul Rubens, Peter Lely and Paul Cézanne. This exhibition presents a series of visual examinations and scientific analyses that address the questions of who, what, where, when and why surrounding these recently-acquired paintings.

Written in Confidence: The Unpublished Letters of James Monroe will be featured at the Muscarelle Feb. 11 through May 14.

Unpublished and on view for the first time, these letters are an important new resource for research and scholarship, providing viewers with a unique, inside glimpse of the man who served as president of the United States from 1817 to 1825.

German artist Thomas Demand will be the Department of Art and Art History distinguished artist lecturer for the semester. He will lecture Jan. 31 at 6 p.m. in Andrews Hall, room 101.

Demand makes mural-scale photographs, but instead of finding his subject matter in landscapes, buildings and crowds, he uses paper and cardboard to reconstruct scenes he finds in images taken from various media sources. Once he has photographed his re-created environments, he destroys his models.

String quartet, baroque ensemble and sarod will be featured during the Ewell Concert Series’ three concerts as part of a full musical lineup.

Hailed as a “musical sensation from Austria” by German newspaper Der Tagesspiegel, the Minetti Quartet has won many top prizes during its career. The quartet will perform Feb. 28 at 7:30 p.m. at Ewell Hall. Admission is $10 for the general public and $5 for students.

The baroque ensemble Modern Musick has presented a wide variety of repertoire, ranging from English consort music to classical orchestral and chamber music, to its audiences. The group will continue the Ewell series March 25 at 7:30 p.m. at the Wren Building Great Hall. Admission is free.

Irfan Khan is a master performer of the sarod, which is one of the most celebrated stringed instruments of North India. Khan closes out the Ewell series with a free concert on April 22 at 7:30 p.m. at Ewell Hall.

Ewell Recital Hall will host the Amernet String Quartet, ensemble-in-residence at Florida International University, on April 7 at 7:30 p.m. The event is free, but RSVPs are requested to rcmarcus@wm.edu.

The W&M Choir will perform its free pre-tour concert Feb. 26 at 8 p.m. at the Catholic Campus Ministry Chapel.

The W&M Choir, Botetourt Chamber Singers and Women’s Chorus will perform their spring choral concert April 29 at 7:30 p.m. at Phi Beta Kappa Memorial Hall. General admission is $10 and cost is $3 for students.

The W&M Symphony Orchestra will hold its winter concert March 2 at 7:30 p.m. at Phi Beta Kappa Memorial Hall, and its spring concert on April 30 at 4 p.m. at Presbyterian Church. Both events are $10 for general admission and free to students, children under 18 and veterans.

The Botetourt Chamber Singers gala concert will take place at the Kimball Theatre Feb. 18 at 7 p.m. Tickets are $15 and support scholarship funding for the choral area international tour to South Africa.

The W&M Wind Ensemble will perform a Silent Film Showcase as part of the W&M Global Film Festival on Feb. 26 at 2 p.m. at the Kimball Theatre. Admission is $5.

The Wind Ensemble will hold its outdoor concert with the Peninsula Concert Band on April 9 at 2 p.m. at the Lake Matoaka Amphitheatre. Admission is free. The ensemble will perform its spring concert on April 29 at 2 p.m. at Williamsburg Presbyterian Church. Tickets are $10 for general admission and free for students.

Also on April 9, the William & Mary Jazz Ensemble directed by Woody Beckner, lecturer of jazz guitar, and the William & Mary Jazz Combo directed by Harris Simon, lecturer of jazz piano and harmonica, will present their spring concert. The event will take place at 4 p.m. at the Kimball Theatre. Tickets are free for students with ID and $8 for adults.

“Asuncion,” written by Jesse Eisenberg, explores the dynamic when two “open-minded” young men are joined by a Filipina roommate. It will run Feb. 28-March 3 at 7:30 p.m., and March 16-18 at 7:30 p.m. at Phi Beta Kappa Memorial Hall studio theatre.

Playwright Ken Ludwig’s story “Baskerville” develops the mystery of the male heirs of the Baskerville line being dispatched one by one as Sherlock Holmes and Watson search for the killer. The show will run April 20-22 at 7:30 p.m. and April 23 at 2 p.m. on the Phi Beta Kappa Memorial Hall main stage.

Student creativity will be on display as W&M Dance and Orchesis Modern Dance Company present “An Evening of Dance.”

The show is a concert in which students explore and develop original choreography performed by their peers in the Orchesis Modern Dance Company, under the mentorship of W&M dance faculty. Performances are scheduled for March 23-25 at 7:30 p.m. and March 26 at 2 p.m. at Phi Beta Kappa Memorial Hall.

Dandicat will speak Feb. 8, Lucyshyn and Christian March 30, and Olds April 6. All events are at 5 p.m. at the Tucker Theatre and are free and open to the public.

Danticat is a Haitian-American novelist and short story writer known for her works including novels Breath, Eyes, Memory, The Farming of Bones and the memoir Brother, I’m Dying. 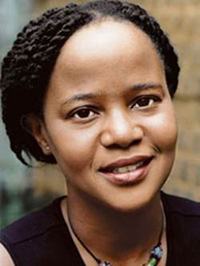 The recipient of a MacArthur Fellowship, she has been published in The New Yorker and New York Times among others.

Christian is the author of the poetry collections Family Systems, which won the 2010 Colorado Prize for Poetry, and Domestic Yoga.

Lucyshyn was educated at W&M and Hollins University, receiving his Bachelor of Arts degree in English at W&M. His poems have appeared in numerous print and electronic journals, and he has shown artwork in both group invitational and two-person shows. His drawings and paintings can be found in many private collections throughout the country.

Olds is an American poet. She has received numerous awards, including the 2013 Pulitzer Prize in Poetry, the 1984 National Book Critics Circle Award and the first San Francisco Poetry Center Award in 1980. She teaches creative writing at New York University.