William & Mary is merging important functions at the university to create a streamlined team focused on one overarching goal: enhancing alumni engagement with W&M.

The staff at the William & Mary Alumni Association are joining forces with development and other College staff to create a new University Advancement organization. W&M President Taylor Reveley and Alumni Association President David Kelley ’81 announced the new partnership in a joint message to alumni, faculty, staff, students and friends of the College.

“Today, we write to share important news about the future of alumni engagement at the College,” Reveley and Kelley said in the joint message. “The Board of the William & Mary Alumni Association has unanimously voted to join the current Alumni Association staff and operations with development and other university staff to form a new Office of Advancement."

Under the new structure, the Alumni Association will remain an independent organization that is separate from the university, similar to the College of William & Mary Foundation. The Association Board of Directors will continue to be an elected body representing all alumni.

“The beauty of this design is that it was conceived with the notion and intent that the Alumni Association will remain independent and separate from the university while capitalizing on the cost advantages of uniting resources,” said Jim Kelly ’51, who has held a number of leadership roles at both the Alumni Association and within the W&M administration. “With the board’s expanded role as an advisory group to the College President and to the Vice President for University Advancement, alumni will retain their influence and continue to have direct access to William & Mary’s leadership.” 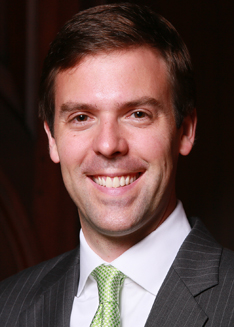 Under the new organizational structure, Matthew T. Lambert ’99 will become vice president for university advancement. In that role, he will oversee alumni engagement, philanthropy, annual giving, and university marketing and alumni communications teams.

Lambert, who came to William & Mary in 2013 as vice president for university development, has deep ties to the university. The Lambert family has a long connection to the university, including Matthew’s grandfather, J. Wilfred Lambert ’27, who served as dean of students from 1945 until 1970 and vice president for student affairs until his retirement in 1973. Lambert’s aunt, Louise Lambert Kale, is the executive director of the historic campus.

Prior to coming to William & Mary, Lambert served in several leadership roles at Georgetown University, including associate vice president in the Office of Advancement, where he worked in a similarly integrated model.

“It is a distinct honor and privilege to be able to continue the centuries-long commitment to alumni engagement that has been the hallmark of the William & Mary community,” Lambert said. “I am thrilled to take on this new role even while I am humbled by the responsibility of ensuring we connect and engage with all our alumni now and ‘for all time coming.’” 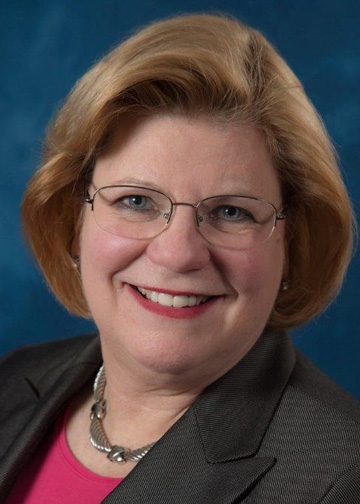 Midyette will succeed Karen R. Cottrell ’66, M.Ed. ’69, Ed.D. ’84, who is retiring from her position at the Alumni Association. Cottrell, who has been executive vice president since 2005 and previously was W&M’s associate provost for admission, will continue serving the university in a new part-time role designed to provide programming and assistance to alumni families with children going through the admission process. Midyette, a former regional vice president of Sprint, and most recently CEO of the Girl Scouts of Greater Atlanta, will begin July 1.

“We believe Marilyn is the perfect person at this moment to lead our alumni engagement efforts, building off the success of Karen Cottrell,” Kelley said. “We are delighted that her career has led her back to William & Mary.”

Since graduation, Midyette has remained connected to the university. She served on the Alumni Association Board from 2001 to 2007, including terms as both secretary and treasurer; chair of the Fund for William & Mary Board of Directors and three times as the co-chair of the Class of 1975 Reunion Gift Committee. Her unwavering commitment to William & Mary was recognized in 2011 when she received the alumni medallion, the highest award the Alumni Association can bestow on a graduate of the College. Both her mother, Maxine Anderson Ward M.Ed. ’69, and her husband, Payne ’75, are alumni.

“I am delighted to be coming home,” Midyette said.  “My love for the College is immense and it is a great honor to serve as the executive director of the Alumni Association at this time.  I look forward to building on the many accomplishments of Karen Cottrell and her team and to working with the talented staff at the Alumni Association and the university. Alumni engagement has never been more important to the success of the College, and I am excited to serve in my new role to ensure all members of the William & Mary family maintain lifelong and meaningful connections with our beloved alma mater.”

Reveley and Kelley said the transition will take place over the next few weeks.

“These steps will provide an even sharper focus on the critical task of connecting all of our Tribe with William & Mary for a lifetime,” Reveley and Kelley said. “The College and the Alumni Association have long operated as close partners; now we will be able to more fully ensure the College’s growing alumni network will be connected around the globe.”