Americans aren’t always aware of the importance of the Indian Ocean Basin. No superpowers reside on its shores. It’s an Atlantic-Pacific world, their traditional thinking goes, and this is not likely to change soon.

Kaplan is the chief geopolitical analyst for Stratfor, a private global intelligence firm, one of Foreign Policy magazine’s top 100 global thinkers in 2011 and 2012, and the author of 14 books on foreign affairs and travel including "Monsoon: The Indian Ocean Basin and the Future of American Power."

As his impressive resume attests, Kaplan’s analysis is one well worth investigating. 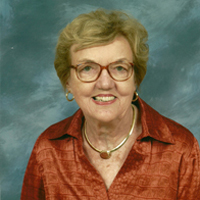 Every two years the Critchfield Conference offers W&M students, faculty, staff and the general public the opportunity to learn more about a topic pertinent to the Middle East. It brings together academic inquiry with professional networking, allowing current students the chance to interact with those working in diverse fields that intersect with Middle Eastern Studies.

The 2013 conference theme was The Indian Ocean Basin: Navigating the 21st Century Marine Silk Road. The two-day campus conference brought together scholars and business leaders from Virginia and around the world to discuss the geopolitics, science, technology, trade, culture and history of the Indian Ocean Basin.

“The Indian Ocean is the centerpiece of the 21st century,” Kaplan told a captivated audience of more than 200 at the School of Education. “If you think of the world in 2025, with nine billion people, seven billion of them will live in either Southeast Asia, South Asia, East Asia, the Middle East or the eastern part of Africa, with the other two to three billion located in Europe and the Americas.

“So the Indian Ocean becomes a maritime organizing principle for where humanity will be based in the 21st century. It’s the symbol that unites the Middle East with China, and that’s where the future is, putting the two together.”

Indeed, according to conference organizers, the Indian Ocean Basin is the 21st century Marine Silk Road. It is the world's energy highway, connecting petroleum and gas producers to burgeoning markets in India, China, Japan and the rest of the world. Half of all commercial shipping crosses its waters. The security of its key choke points - Aden, Hormuz, and Malacca - is a major concern for participants in this trade, particularly the United States and, increasingly, India, China and Japan.

Such topics were discussed in depth during the conference, resulting in a shift in perspective that brought examination of the Middle East and Asia into the broader Indian Ocean context. Tackling both the history of African, Arab, Persian and Asian interactions as well as present day challenges in the Indian Ocean Basin, conference presentations by scholars as well as global commercial and security experts ensured a holistic examination of the region. 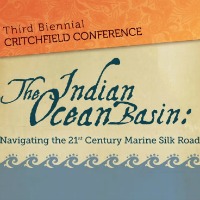 “Bringing together specialists from countries ranging from Japan to Oman and scholars focusing on subjects as varied as politics, history, religion, marine science, trade, transportation and energy, the conference is practically unique in its comprehensive approach to a region that is destined to be of ever greater significance to world affairs in the 21st century.”

Kaplan expressed similar sentiments on the significance of the region, noting that as Europe experiences struggling economies and cuts to defense budgets, military power too is moving to the Indio-Pacific, the Indian Ocean Basin and the western Pacific.

Said Kaplan, “We’re entering a world where America needs a new map, a new special theory in order to consider the world.”