Under the theme “Film and Youth,” William & Mary’s sixth annual Global Film Festival (W&M GFF) will feature films and guest filmmakers from around the world. From Feb. 14-17, Colonial Williamsburg’s historic Kimball Theatre on Merchant’s Square will be the epicenter of the festival’s film screenings and special events.


Highlights include the local premiere of Academy Award nominated "Beasts of the Southern Wild" featuring a live video feed Q&A with the filmmakers, including producer and Virginia native Michael Gottwald. This year the festival opens on Valentine’s Day and will feature the Williamsburg premiere of the critically acclaimed coming-of-age youth film and offbeat love story "Turn Me on Dammit!" from Norway. Lead actress Helene Bergsholm will introduce the film and serve as a celebrity jurist for the festival’s local youth film competitions.  Bergsholm will be joined by Jared Gilman, the male lead of Wes Anderson’s Academy Award-nominated "Moonrise Kingdom," who also is coming as festival VIP guest and film competition jurist. 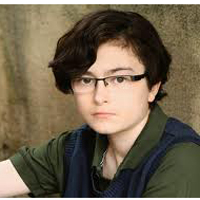 Tickets for most events cost $1, with the exception of marquee screenings ($2 for W&M students and $3 for the public) and select off-site parties. See filmfestival.wm.edu for details.

On Thursday, Feb. 14, "Turn Me On, Dammit!" and Bergsholm’s presentation will be the marquee event in a full slate of “young love” Valentine’s Day-themed programming. The festival will open with the “Young Love” edition of the College’s annual 24Speed filmmaking competition, where participants have to script, shoot, and edit a short film in 24 hours.  “Young Love” will also be the theme of both the festival’s opening reception in the Kimball lobby and a program of short films that will precede "Turn Me on Dammit!," including a documentary made by W&M film students featuring local youths commenting on love.  A late-night screening of the 1980s classic "Fast Times at Ridgemont High" will close out the night as the “80s Young Love” cult ballot winner. 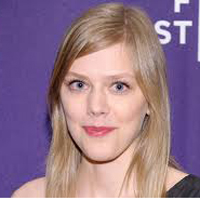 Programming on Friday, Feb. 15 will begin with the 2011 Iranian film "Circumstance, "a screening co-sponsored by the Critchfield Foundation and William & Mary’s Asian and Middle Eastern Studies program. For the Friday marquee, the W&M GFF again partners with the W&M French and Francophone Film Festival (WM4F) for the Williamsburg premiere of 2011 French film "Tomboy."

On Saturday, Feb. 16, the festival will host a series of films and events featuring local, regional and global youth cultures. The day will begin with a screening of short films made by Williamsburg middle and high school students for the festival’s “Do-It-Young/Film-It-Yourself” youth film competition. Child actor (and youth filmmaker) Jared Gilman will serve as a VIP judge for the contest.  In their Williamsburg premieres, a pair of recent documentaries will then showcase the global reach of the youth counter culture of skateboarding: Marten Persiel’s "This Ain’t California" (Germany) and Stacy Peralta’s "The Bones Brigade" (United States).

The festival’s marquee screening on Saturday night will feature the acclaimed 2012 film "Beasts of the Southern Wild," followed by a live video chat Q&A with producer Michael Gottwald and other members of the crew. The evening will close with an off-site after party. 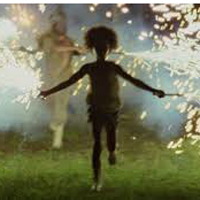 On Sunday the 17th, the festival and the W&M Wind Symphony will again offer a cinematic concert featuring montages of youth-themed films from around the world. In the afternoon and early evening, the festival will move to the Muscarelle Museum of Art and neighboring Andrews Art Gallery for an “Art of Youth” film screening followed by a closing reception, awards ceremony and gallery exhibit. The animated French film "Le Tableau" will screen at the Muscarelle Museum of Art.  Afterwards, in the Andrews Hall Gallery, the festival’s closing reception will feature an awards ceremony for the local youth filmmakers and an exhibit of the “Art of Youth” canvasses held last weekend. The “Art of Youth” events have been made possible through co-sponsorship support from the Muscarelle Museum of Art.

Now entering its sixth year, the Global Film Festival is an annual event put on in partnership with the Reves Center for International Studies and the Roy R. Charles Center at William & Mary. In the past five years, the Festival has rapidly expanded.

Tickets for most events cost $1, with the exception of marquee screenings ($2 for W&M students and $3 for the public) and select off-site parties. See the website for details.

The festival offers several different levels of VIP passes, which include tickets to screenings and events, festival merchandise, and special deals at Williamsburg restaurants. Passes and tickets can be purchased at the Kimball box office or by calling 1-800-HISTORY. For more information, visit filmfestival.wm.edu.