A database that tracks China’s financial commitment to development in Africa was released Monday by researchers from the Center for Global Development (CGD) and AidData, a partnership between Brigham Young University, the College of William & Mary, and Development Gateway.

The interactive database relies on media reports to track Chinese development finance and sheds light on more than $70 billion of Chinese financial commitments. This media based data collection (MBDC) methodology reveals data that have never been reported at the project level.

Given that official data at this level of granularity have been in short supply, the MBDC methodology fills a critical information gap, said Brad Parks, AidData co-executive director.

“The depth of information provided in the database is a valuable resource for researchers, policymakers, journalists, and civil society organizations that are interested in analyzing the distribution and impact of Chinese development activities,” he said.

While the launch of this database represents an important step, AidData staff, students, and faculty emphasize that this is the beginning rather than the end of an effort to monitor the activities of non-Western suppliers of development finance. Nonetheless, the researchers say, the project represents a major step forward for aid transparency in an era where non-traditional suppliers of development finance, such as China, are opting out of existing global reporting systems.

"We are not claiming that the database is flawless or fully comprehensive, but the stakes are too high to accept ignorance,” said Parks.

The launch took place in Washington, D.C. at CGD headquarters, and featured the key members of the project, including current and former students from William & Mary.

The China aid project is the outgrowth of student-led research at William & Mary’s Institute for the Theory & Practice of International Relations. In the fall of 2012, W&M student Austin Strange ’12 had just returned from a year of study in Beijing and approached Parks about the possibility of leading a project to study Chinese foreign aid.

“We wanted to expand AidData's coverage of non-traditional donors and improve the quality of research on Chinese aid distribution and impact. China's development finance activities in Africa are changing the rules of the game, yet they remain poorly understood,” Strange said.

As Strange continued his research, he noted, it became clear that the lack of official Chinese project-level data was hindering attempts to understand the drivers and impacts of Chinese development finance.

Inspired by an initiative at the World Bank to track Chinese-financed infrastructure projects in Sub-Saharan Africa, Parks and Strange began considering the merits and shortcomings of media-based data collection approaches. Previous attempts to catalogue Chinese foreign aid that relied on media reports were largely unsuccessful because they did not disclose their methods or sources, the pair noted. 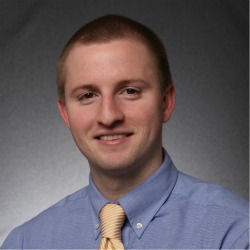 It was here that Parks and Strange saw an opportunity -- if AidData could create a transparent, systematic, and replicable MBDC methodology, they could potentially provide a platform for researchers, policymakers and stakeholders in recipient countries to better understand development finance from China and other donors that do not publish official project-level records.

After developing an extensive set of data collection, standardization, and vetting procedures, they prepared to launch a pilot project to capture the known universe of Chinese development finance projects in Africa from 2000 to 2011. A feasibility study was carried out in late 2011, and by January 2012, the pilot initiative was underway.

The pilot quickly gained momentum and by summer 2012, Strange had assembled 10 W&M undergraduate research assistants. Jackie Goldschmidt ‘13 was one of the students who worked on the research team that summer.

"As a team, we were constantly reviewing and fine-tuning our methodology. Apart from gaining insights about China’s role in Africa, I learned about how to generate media-based data the importance of team cohesion in social science research,” she said.

Following the pilot phase, AidData partnered with the CGD to refine their methodology and database and write a working paper providing the analysis of the data. This analysis, as well as the database, the methodology, and an interactive, online platform (china.aiddata.org), was launched at the D.C. release. The china.aiddata.org platform allows users to view, download and filter the data based on their specific research needs.

To enhance the accuracy of its data, the china.aiddata.org website also includes crowd-sourcing features which allow users to add new projects or provide additional information to existing projects. Users are able to upload media reports, documents, videos, and photographs.

“We hope that by creating an open data platform, we can tap into 'wisdom of the crowd' and enlist the support of scholars, journalists, and members of civil society organizations who want to help make the data more comprehensive and precise," said Steve Davenport, co-executive director of AidData at Development Gateway.

Beyond China, AidData's development of MBDC methodology has broader application and may make it possible to shine a spotlight on the overseas activities of other countries that do not currently participate in the existing global reporting regime, Parks said.

“Ultimately we hope that these efforts will prompt nations like Venezuela, Saudi Arabia, Iran, and Russia to join the open data movement.”

In his current role as an AidData research associate, Strange noted, “While donors such as China have a poor reputation in the West for not being transparent about foreign aid flows, our initial findings suggest that China may not have much to hide.”