At the annual meeting of the Labor and Working Class History Association, Hahamovitch's "No Man's Land: Jamaican Guestworkers in America and the Global History of Deportable Labor" (Princeton University Press, 2011) was honored with the Philip Taft Labor History Book Award, which is the major prize in labor history.

Meanwhile, in the same city, Hahamovitch's book was feted by the Organization of American Historians (OAH), capturing its Merle Curti Award winner for the year’s best book in American social and/or American intellectual history. At the same time, OAH announced Hahamovitch as the winner of its James A. Rawley Prize in American History in recognition of the best book dealing with the history of race relations in the United States.

"Cindy Hahamovitch's passion and eloquence in writing about the plight of farm workers in this country has long been recognized and appreciated here at William & Mary," said Provost Michael R. Halleran. "I speak for all at the College when I say how excited we are to see her work celebrated by two presitigious national history associations."

The Taft committee "defines 'labor history' in a broad sense to include the history of workers (free and unfree, organized and unorganized), their institutions, and their workplaces, as well as the broader historical trends that have shaped working-class life, including but not limited to: immigration, slavery, community, the state, race, gender, and ethnicity."

"While we have considerable scholarship about migrant farmworkers in the U.S. West, Hahamovitch is the first to study those in the eastern states," the committee remarked. " 'No Man’s Land' addresses the history of a massive global phenomenon -- corporate employers relying on guestworkers who, because they are not citizens, are unable to defend themselves against exploitation and abuse of their rights as workers. 'No Man’s Land' is a deeply comparative study, resting on extensive knowledge of and research in Jamaica and on more than 25 interviews with former guestworkers. It analyzes agents in the system—notably federal and state governments, in both their actions and their inaction, and also the growers, the Jamaican government, and the workers themselves, not only farmworkers but also the female maids and waitresses brought in after 1986."

Meanwhile, the Rawley Prize committee lauded Hahamovitch's work: "As guestworkers moved from work in northern states to the Florida cane fields, Hahamovitch argues that the labor regime characterized by Jim Crow norms became particularly vicious, a new kind of apartheid, many features of which continue to this day. Guestworkers were not entirely victims, however; they skipped contracts, went on strike, and made use of the courts, but corporate-state power that stood against them ultimately left these noncitizens vulnerable to exploitation and deportation. Additionally, the book is one of the first histories to incorporate women guestworkers."

Hahamovitch called "No Man's Land" the gratifying culmination of more than 15 years of work.

"I was thrilled to hear that I had won the Curti Award and James Rawley prizes -- and now the Taft Prize, too!" she said. "I've been working on this book since my high school senior son was two! I've had cancer, a second child, and my own voice in my head telling me that this was never going to get done and that it wasn't any good.

“Folks at William & Mary talk a lot about the College's dual commitment to teaching and research, but doing both at once is easier said than done, especially given all our service commitments. Fortunately, the College puts its money where its mouth is by granting faculty leaves and by supplementing outside fellowships to give us time off to write. Without that support, this book would never have gotten done.”

Hahamovitch’s book tells the history of the American "H2" program, the world's second-oldest guestworker program. Since World War II, the H2 program has brought hundreds of thousands of mostly Jamaican men to the United States to do some of the nation's dirtiest and most dangerous farmwork for some of its biggest and most powerful agricultural corporations, companies that had the power to import and deport workers from abroad. Jamaican guestworkers occupied a no man's land between nations, protected neither by their home government nor by the United States. 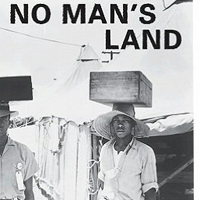 “The men I write about came to the U.S. year after year to do some of the hardest and most dangerous work U.S. employers offer, and yet they have very little to show for it,” Hahamovitch said. “As one Jamaican man put it in a letter to his lawyer, ‘Working on the farm was cheap and the hours were curtailed and we [had] to keep quiet because we had no legal rights. I need to be compensated for all those bending years.’

“My book may not provide any compensation for the people I write about, and few of them will probably ever read it, but if they did, I'd like to think that they'd be gratified to know people in the U.S. recognize the work they've done.”

Some workers complained, went on strike, and sued their employers in class-action lawsuits, but their protests had little impact because they could be repatriated and replaced in a matter of hours. “No Man's Land” puts Jamaican guestworkers' experiences in the context of the global history of a fast-growing and perilous form of labor migration.

“Cindy Hahamovitch is a wonderful scholar and teacher whose research focuses on the stark challenges faced by workers nationally and globally and their struggles for dignity and equity in their lives,” said Leisa Meyer, chair of the William & Mary history department. “She called our attention to Atlantic Coast farm workers in her first book and her most recent effort on Jamaican guestworkers highlights the global context and significance of migratory labor.”

“No Man’s Land” is Hahamovitch’s second book focused on farm-worker poverty and why it has persisted so long in a wealthy country like the United States. “The Fruits of Their Labor” was mostly about African American farm-workers on the East Coast of the U.S. whose efforts to bargain up their wages and conditions during the two world wars was unsuccessful because of government interference.

“The government kept intervening on the side of growers,” Hahamovitch said. “During the first World War, the Wilson Administration encouraged southern planters to threaten militant farm-workers with the draft or jail in what was known as the ‘Work or Fight Movement.’

“During the second World War, American farm-workers found themselves displaced by guestworkers brought to the U.S. from Mexico and the British Caribbean on government contracts. I guess I'm drawn to stories in the past that shed light on the present.”