Robert Scholnick believes that we cannot understand our literary heroes unless we look at the contradictions in their lives and their literary works. Those contradictions often open a window into underlying conflicts within the culture.

A professor of English and American Studies at William & Mary, Scholnick, who last year published the monograph Poe’s ‘Eureka,’ Erasmus Darwin and Discourses of Radical Science in Britain and America, 1770-1850, is a specialist in 19th-century American literature.  Some years ago he noticed an underlying conflict in the work of the beloved American poet Walt Whitman, who is known for his democratic inclusiveness.

“How dare a sick man or an obedient man write poems?” Whitman wrote in his “Of Many in One,” which appeared in his second edition of Leaves of Grass in 1856. The book's first edition had been published just a year earlier and prompted Ralph Waldo Emerson to hail Whitman as the great poet of democracy, writing to him that “I greet you at the beginning of a great career.”

Was Whitman now turning his back on the sick, the disabled?

That apparent contradiction between inclusion and exclusion ignited Scholnick’s passion for research and investigation. He wanted to know what had caused the change and found the start to his answer in an unpublished work, The Eighteenth Presidency!

In it, Whitman was clear that he was deeply concerned about the fate of America, especially as it related to President James Buchanan’s failure to stop the spread of slavery into the western territories as well as the apparent breakdown of democracy in sectional conflict.

“He saw physical degeneration,” Scholnick recalled. “He asked himself, ‘How can I save America?’ He tried his best in his poetry and his prose to inculcate an ethos of health and manly assertion. A healthy body became his metonym for a healthy nation. But the downside of that was that he would exclude from the American procession anyone who was not fully able, the people who had what he called the 'vile disorder,' syphilis, alcoholism, or other disabilities.

“The great poet of inclusion suddenly becomes the poet of exclusion,” Scholnick remarked, quoting Whitman’s warning: “None may come to the trial till he or she bring courage and health. … No diseas’d person … is permitted here.”

Investigating this contradiction, in 2002 Scholnick presented a paper at the annual Modern Language Association conference in Toronto in a special session on disability in literature. His paper was included in a book published by MLA titled Disabilities Studies: Enabling the Humanities. His idea about this basic conflict in Whitman’s work was hailed for opening a new dimension for the poet’s researchers.

Last month began the bicentennial celebration of Whitman’s birth. Scholnick has published two articles in conjunction with the commemoration. The first appeared in the online journal Common-place, published by the American Antiquarian Society and the Omohunbdro Institute of Early American History & Culture and focuses on Whitman’s New York Times work on Civil War trauma in Washington. The second, “Trauma’s Interior History: Walt Whitman’s Civil War and Sequelae,” can be found in a collection titled Still Here: Memoirs of Trauma, Illness, and Loss. 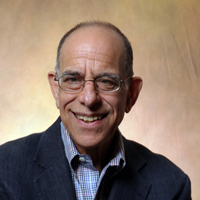 “I show that Whitman had tremendous foresight in understanding PTSD, and in the process came to embrace the disabled,” Scholnick said.

Two life experiences brought about that change. In 1862, Whitman found his wounded brother in a hospital in Fredericksburg after the Civil War battle there. The sight of severely wounded soldiers, many in a state of despair, of “convulsiveness,” so touched him that he spent the rest of the war working in the Washington hospitals.

“Whitman found that many of the soldiers were so shaken by their experience that they were shut down,” Scholnick said. “They had not communicated with their wives, girlfriends and families. He became the facilitator; people gave him money for small gifts, stamps and letters and he helped them write letters home to talk about their pain, talk about their love, to renew their connections.

“Today we know that people who write about their trauma and are willing to go deep inside themselves, are better able to recover. On the spot Whitman developed a praxis for responding to trauma, to PTSD.” 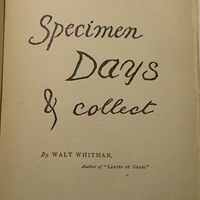 The other seminal event in Whitman’s evolving philosophy on trauma was the paralytic stroke he suffered in 1873. His recovery process included writing an unconventional autobiography: Specimen Days.

He began with recollections of his childhood, the joy of growing up on Long Island and then becoming a journalist and poet in New York City. That morphed into what Scholnick called an “intense” history of the war, which, Whitman claimed, would never get into the history books “because it is so dark and forbidding.”

Finally, he wrote about his stroke and how he applied his own therapeutic, nature-based strategy to recovery. He would study clouds all day, listen to birds, hobble down to a creek, sit naked in the water, and write about his experiences. He became a pioneer in what we now call “life writing.”

“You reach a certain stage in life where you look at the past, you look at the future, you come to grips with illness, mortality and loss,” Scholnick said. “By writing about it you learn how to recover.”

Whitman’s shift in values, Scholnick said, is a “mark of his greatness” and testimony to his unique ability to understand issues of the future.

“He knew the world changes and he himself changed,” Scholnick said. “One of the things about scholarship today is that in the light of awareness of social issues, such as disability, we’re able to interrogate the past, see it in a new way. We don’t necessarily measure it against our standards but to understand the issues. Disability was a huge issue in the 19th century — as it remains today.”