The William & Mary Board of Visitors on April 21 unanimously agreed to extend the governing board’s leadership for an additional year, retaining the current rector, vice-rector and secretary through the search for a new university president.

Alumnus Todd A. Stottlemyer ’85 was appointed to the Board of Visitors in 2011 and has served as rector since 2013. H. Thomas Watkins III ’74 was elected vice rector and Sue H. Gerdelman ’76 was elected secretary in 2015.

All three will retain leadership positions through the duration of the search for a successor to President Taylor Reveley, who announced earlier this month that he will retire June 30, 2018.

The Board of Visitors launched the presidential search on April 11. The three officers are serving on the 19-member search committee; Watkins is chair and Stottlemyer is vice-chair.

“The Board felt it was critical during the search process to retain continuity and experience in the leadership as we launch a national search for the 28th president of William & Mary,” said Board member Lynn M. Dillon ‘75, who served as chair of the Board Nominations Committee.

The rector, vice-rector and secretary terms will run through June 30, 2018. An amendment in the bylaws also approved last week sets up elections for the officer positions. The terms for officers elected next year will be for two years.

“We have an extraordinary Board and it’s an important year for William & Mary as we begin this search,” Stottlemyer said. “All three of us are honored to be able to continue to serve the College through this process.” 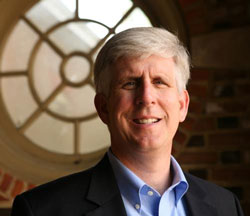 Stottlemyer graduated Phi Beta Kappa with a bachelor’s degree in government. After receiving his law degree from Georgetown University in 1991, Stottlemyer went on to a successful career in the technology sector.

Washington Smart CEO magazine recognized Stottlemyer as one of its 20 most admired CEOs in the Washington D.C. area. He has held a number of executive posts, serving as president, chief executive officer, chief financial officer and a former business owner. He is CEO of the Inova Center for Personalized Health.

Stottlemyer has remained connected to his alma mater and has experience in higher education leadership across the Commonwealth. He has returned to William & Mary several times to give guest lectures on entrepreneurship. Stottlemyer previously served on the Board of Advisors for W&M’s Thomas Jefferson Program in Public Policy and the Athletic Educational Foundation, and is a former member of the William & Mary Washington Council and the Foundation Board.

Watkins received an undergraduate degree in business administration and accounting from William & Mary and an MBA from the University of Chicago. His father, Hays Watkins, was also a member of the Board and served as rector from 1987 to 1993. 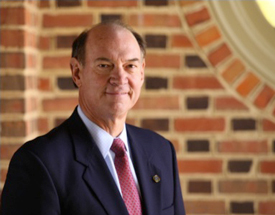 Watkins has had a distinguished career in health sciences and services. He most recently served as president and CEO at Human Genome Sciences from 2004 to 2012. Previously, he served as president of TAP Pharmaceutical Products and worked for Abbott Laboratories in a number of positions in the pharmaceutical products, diagnostics and health systems divisions.

Gerdelman received an undergraduate degree in elementary education from William & Mary and taught school for six years in Washington State. She later worked at the White House with Homeland Security and Counterterrorism and as associate director of the President's National Economic Council. 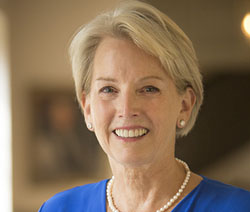