This year’s festival is scheduled to screen more than 30 films – including recent Academy Award nominees from Brazil and Colombia.

In addition, Canon Virginia, Inc., will once again sponsor the W&M Student Short Film Competition, which will be judged by guest filmmakers from Romania, Albania, Pakistan and the United States -- all of whom also will show their films. Winners will receive Canon products for both jury and audience awards at primary-school, secondary-school and university levels. Canon will also be offering equipment demonstrations at select festival receptions, allowing attendees hands-on experience with top Canon cameras and gear.

Festival patrons will have the opportunity to enjoy Q&A sessions with filmmakers, as well as live performances, themed receptions and parties.

One of the festival's highlights will be Saturday’s 9 p.m. sneak preview of Angry Indian Goddesses, the first time it will be shown in the U.S. Director Pan Nalin’s award-winning film features a cvast of India's leading actresses and has been labeled India's first-ever female “buddy film.” Screened at the 2015 Toronto International Film Festival, where it was first runner-up, the film won the Audience Award at the Rome Film Festival. Critics laud its poignant, yet playful, take on contemporary issues such as homosexuality, divorce and rape that are debated in India and around the globe.

Other first-time viewing opportunities include Sunday's 5 p.m. closing film, Embrace of the Serpent, Colombia's first-ever Academy Award nomination for Best Foreign Film. Directed by Ciro Guerra, this film focuses on the relationship between an Amazonian shaman and two European scientists, and has been amassing awards around the globe since its premiere at the Cannes Film Festival last June.

Saturday's "family matinee" will feature Brazil's animated film, O Menino e o Mundo/The Boy and the World, which has been nominated for an Oscar in the Best Animated Film category. 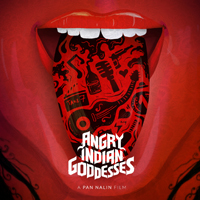 GFF Director Timothy Barnard, senior lecturer in film and media studies at William & Mary, said the festival’s theme is intended to “use film’s unique creative power as both a local and a global medium that can bring our Williamsburg community together. The festival screenings will provide a combination of old, new, local and global, and eclectic fun for all members of the Williamsburg community.”

The festival begins at noon on Thursday with a free brown-bag lunch with GFF film scholar-in-residence Robert Burgoyne who will discuss the ethnic construction in The Gangs of New York. At 5 p.m., the first screening of the festival will be Akbar Ahmed’s Journey Into Europe (2015), the third in a trilogy of documentaries based on Ahmed's award-winning scholarship and road trips taken with students to explore Islam's places and communities throughout the world. That will be followed by the opening-night reception in the GFF tent at 7:30 and a screening of the Romanian documentary Chuck Norris vs. Communism (2014) presented by producer Mara Adina and director Ilinca Calugareanu. 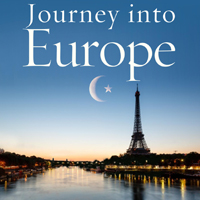 After the film, the audience will have the opportunity to engage in a Q&A with Adina, Calugareanu and the film's protagonist, Irina Nistor, before they are presented with the 2016 Global Film Can Award for film collaboration representing a "uniquely inspiring example of the many powers of film and community," said Barnard.

On Friday, the GFF will hold a brunch presented by Ahmed, former Pakistan High Commissioner – Ambassador – to the United Kingdom and Ireland at 11 a.m. At 3 p.m., the festival will screen Radical Grace (2015) followed by a Q&A with Sister Chris Schenk, founding director of Future Church, and producer Nicole Bernardi-Reis. The 8:30 p.m. screening of Plemya/ The Tribe (2014) will also be followed by a Skype Q&A with director Miroslav Slaboshpitsky.

The Student Film Competition will begin at 10 a.m. on Saturday, along with the screening of In Jackson Heights (2015). At 1 p.m., the GFF will screen the Academy Award nominated film, O Menino e o Mundo/Boy & The World (2015) and Bota (2014) at 6 p.m. which will be followed by a Q&A with director Thomas Logoreci. At 9 p.m., the GFF will present a special sneak preview screening of the 2015 film, Angry Indian Goddesses. 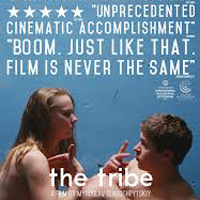 Sunday, Feb. 21, will feature the W&M Wind Ensemble Film Montage Concert at 1 p.m., followed at 3 by Cine y Comunidad: A Cuban Short Film Showcase. The Academy Award-nominated film, Embrace of the Serpent (2015), will screen at 5 p.m.

Tickets for most screenings are $2 with the exception of marquee films, which will be sold for $3 to students and $5 to the general public. On-campus lecture events are free. Receptions and parties are included with corresponding show tickets and/or GFF passes.

The Global Film Festival launched in 2008 with co-sponsorship support from the Reves Center for International Studies and the Roy R. Charles Center for Academic Excellence. Since then, it has maintained a goal of inspiring discovery, learning and conversation while contributing to a rich cultural life for a regional audience.