Elizabeth Wiley, associate professor of theatre at William & Mary, stood on a red carpet at Chicago’s Adler Planetarium on May 11, celebrating her own meteoric rise in the world of audiobook narration. Only five years into the side career, already she was a finalist for her first Audie Award, what the Wall Street Journal has called “the industry’s Oscars,” for her narration of And Then There Were Nuns.

Just as Wiley has risen within its world, audiobooks have risen within ours. Audiobooks are a $2.8 billion industry and are considered the fastest-growing segment within publishing. Where fewer than 5,000 new titles were published in 2009, more than 40,000 were released last year.

“I got in at this time when it’s just exploding,” she said.

Wiley first considered voiceover work straight out of college, but back in the 1980s the mechanics of audiobook narration were entirely different. Actors paid to produce and master expensive demos in professional studios. Entry cost several hundred dollars and easily crept into the thousands. Plus, the pool of narrators was small, as audiences never grew tired of looking at them.

So her agent advised against it and delivered a dose of poison in the same stroke, telling Wiley, “I don’t hear anything really special in your voice that would set you apart anyway.”

“I’m so aware of these things as a parent and as a teacher,” Wiley said. “That one little, tiny comment can so turn somebody away from something. I would have a really hard time cutting off someone’s enthusiasm.”

Wiley got busy with an on-stage and on-screen acting career and later, with raising a family and teaching acting, voice and dialects at William & Mary. But the kernel of an idea never died. Over the years, she had opportunities for voiceover work. She partnered with Colonial Williamsburg and Pearson on virtual history module “The Idea of America,” recorded e-textbook samples for Paul Meier’s Speaking Shakespeare and was one of the voices on Rosetta Stone’s American English language learning software, but wasn’t actively pursuing voiceover work. 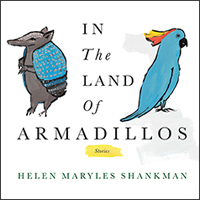 When she had a semester of leave in 2009, she threw herself into researching the narration industry, becoming familiar with the audio equipment available in Earl Gregg Swem Library’s media center, learning how to market herself online and trying to identify a niche.

She learned of a national contest for people who wanted to break into audiobooks and sent a sample narrating a Terry Pratchett novel she was reading to her youngest daughter. Of hundreds of entries, she placed third. Confidence bolstered, she attended a workshop with some big-name narrators and began going to conferences. She landed her first audiobook in 2011.

“What’s been so useful about this whole process is learning what an actor can do as they are putting together ways to make their living,” she said. “I can now pass that on to students. In the 21st-century digital age, I’m now current on what it means to build your own website, upload videos and sound files, on what happens when you graduate and you’re going to look for work, what you have to do. I could stay up on it by bringing alumni back for workshops or talks on being an actor in today’s industry, but talking about it from a personal perspective and from the inside is really useful.”

Wiley’s been honored as a 2016 Audies Award finalist, 2015 finalist for a Voice Arts Award sponsored by the Society of Voice Arts and Sciences, and winner of AudioFile Magazine’s coveted Earphones Award for young adult history, memoir and historical fiction. She’s also gained accolades and interviews from a number of book bloggers, including two Sultry Listeners Awards for romance novels.

What makes a good audiobook?

There’s a lot more to being an audiobook narrator than knowing how to read and having a decent voice.

“It really does come down to being a good actor,” Wiley said. “Even if you’re doing a work of nonfiction, talking about, say, the history of immigration at the turn of the 20th century, you still have to know how to best communicate the through-line of the author’s intent or the character’s thought.”

When she first began, she thought a narrator needed a “melodious, mellifluous voice,” but that turns out to be a myth. “Think of the voiceover guy who did Winnie the Pooh,” she said. “That’s such a unique and interesting voice. He has this sort of breathy quality, but it’s so perfect for that.”

Narration turns common wisdom on its head, she said. Actors who have trained for stage performance have developed a larger physical presence and are used to filling an auditorium vocally, she said, but they have to learn have to tone it down for the microphone. Meanwhile broadcasters and people with no acting experience often find acting classes useful. 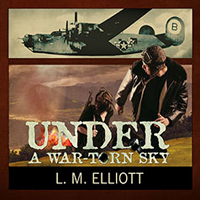 Each book requires considerable research, too. Wiley said she reads each text through at least once before recording, highlighting when characters enter and descriptions that help with their interpretation. “I have to think about how I’m going to vocally distinguish one from another. That can be challenging when you have a lot of characters in a book.”

At the same time, she’s doing pronunciation and other background research. “Here’s a good example from the book I just finished. This was taking place in the 1890s in England and Paris,” she said. “‘He pulled up to the estate in his spider phaeton.’ You get it’s a carriage. But then I Google it and it’s the sports car of carriages, like, ‘He pulled up to the front in his Maserati.’ That’s the kind of stuff I really want to understand, so I can help you get the picture of it, too – Ooh, that sounds swanky.”

Narrators have also set up Facebook groups to help each other find, say, sources for an Icelandic accent or native Korean speakers or how people pronounce “route” in Pennsylvania.

Sometimes a narrator also must contact an author, usually through a publisher. “Let’s say it’s a science fiction or fantasy book, and they’ve invented names, places or species,” Wiley said, explaining that she will contact them to find out how they heard the words in their heads.

She’s developed a unique relationship with author L.M. Elliott, whom she met at William & Mary (Elliott is the mother of theatre alumna Megan Behm ’11). Although Wiley was originally advised that her voice was “too mature” to do young adult fiction, Elliott was committed to having her narrate the young adult non-fiction Under a War-Torn Sky. The book and its subsequent narration were hits and have become assigned reading in middle schools and high schools across the country.

Wiley’s narrative performance was a finalist for a 2015 Voice Arts Award for children’s audiobook and netted her an AudioFile Earphones Award the same year. Under a War-Torn Sky was also selected for AudioFile's summer SYNC program, which offers two free audiobooks per week to teens over the summer months.

Narration in the classroom

Every fall Wiley teaches Voice Training for the Actor, in which students are introduced to the Charles W. Reeder Media Center and voice recording, including the difference between stage and microphone voice techniques. Wiley includes a unit on interpreting commercial text and basic narration.

“In one semester of voice, it’s an overview of everything, but at least they know what the next step would be,” Wiley said. “They can evaluate, ‘This is really great and I want to pursue it more,’ or ‘Oh, this is much harder than I thought.’”

Students are often especially interested in animation voiceover work, Wiley said. In fall 2014, one of her students, Harper Yi ’15, set out to bring to campus two famous voice actors, alumnus Yuri Lowenthal ’93 and his wife Tara Platt. The couple have an impressive list of animation and video game credits, including work for Disney, Nickelodeon and Cartoon Network, and together published the book Voice-Over Voice Actor: What It’s Like Behind the Mic. While here, they participated in a theatre masterclass and led a voice workshop.

Wiley’s also taking narration out into the wider world. In October, she and three other narrators are offering a two-day weekend workshop, Audiobooks 101: The Art, Business and Tech of Audiobook Narration at William & Mary’s Washington Center in Washington, D.C.

“I feel it’s my responsibility as a professor to address the applications of acting and voice in a world where methods of communication are so rapidly growing and changing,” Wiley said. “So it definitely is coming into my classes.”